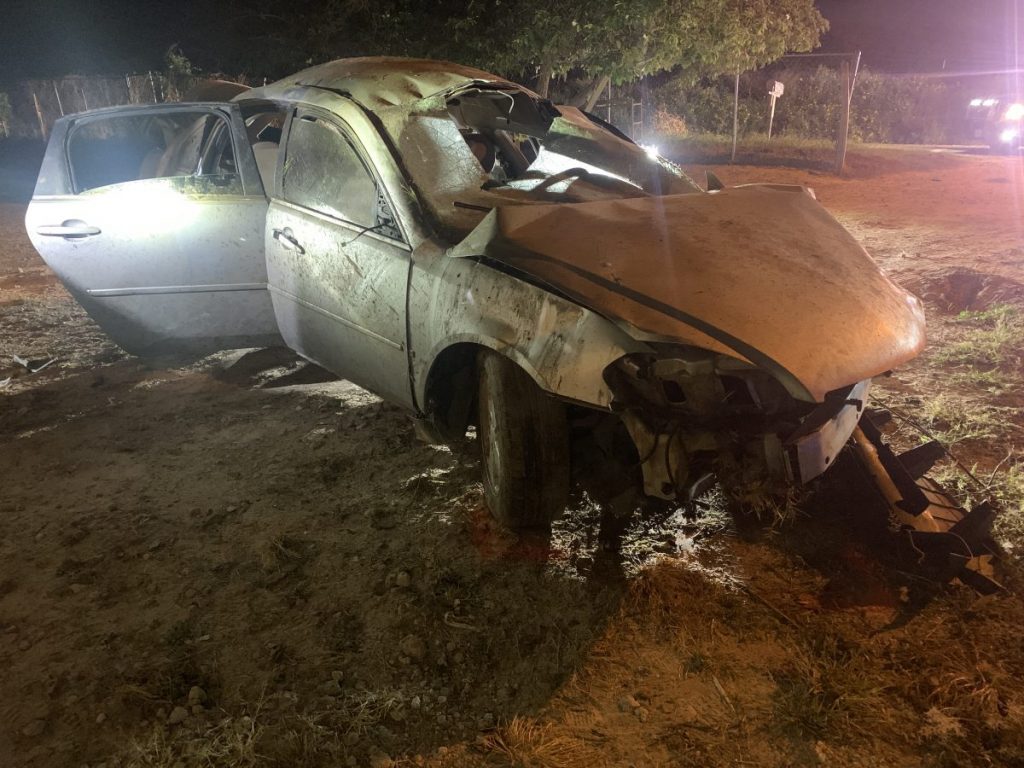 Two people died and five people were injured Friday after a police chase near Palmview.

At about 5:26 a.m., a Palmview police officer attempted to stop a silver Chevrolet Impala near the intersection of Farm-to-Market Road 495 and Abram Road, said Lt. Christopher Olivarez, a spokesman for the Texas Department of Public Safety.

“Our officer pulled back because of the dirt road,” said Palmview police Lt. Arnold Sepulveda.

The driver apparently lost control and crashed south of West Mile 6 Road. What caused the crash remains unclear, but the Impala apparently rolled over and came to a stop in front of a yellow house.

Two males were ejected from the Impala and died at the scene, Olivarez said, adding that he didn’t know their ages.

Five other people — four males and one female — were transported to local hospitals.

Ambulances transported the males to DHR Health in Edinburg. The female was transported to South Texas Health System McAllen. Two of the survivors were in critical condition, Olivarez said.

Based on the number of people in the Impala, both Olivarez and Sepulveda said it’s possible the driver was smuggling migrants.

During an interview less than two hours after the crash, Sepulveda said he didn’t know what traffic violation caught the officer’s attention.

What happened to the driver is also unclear. 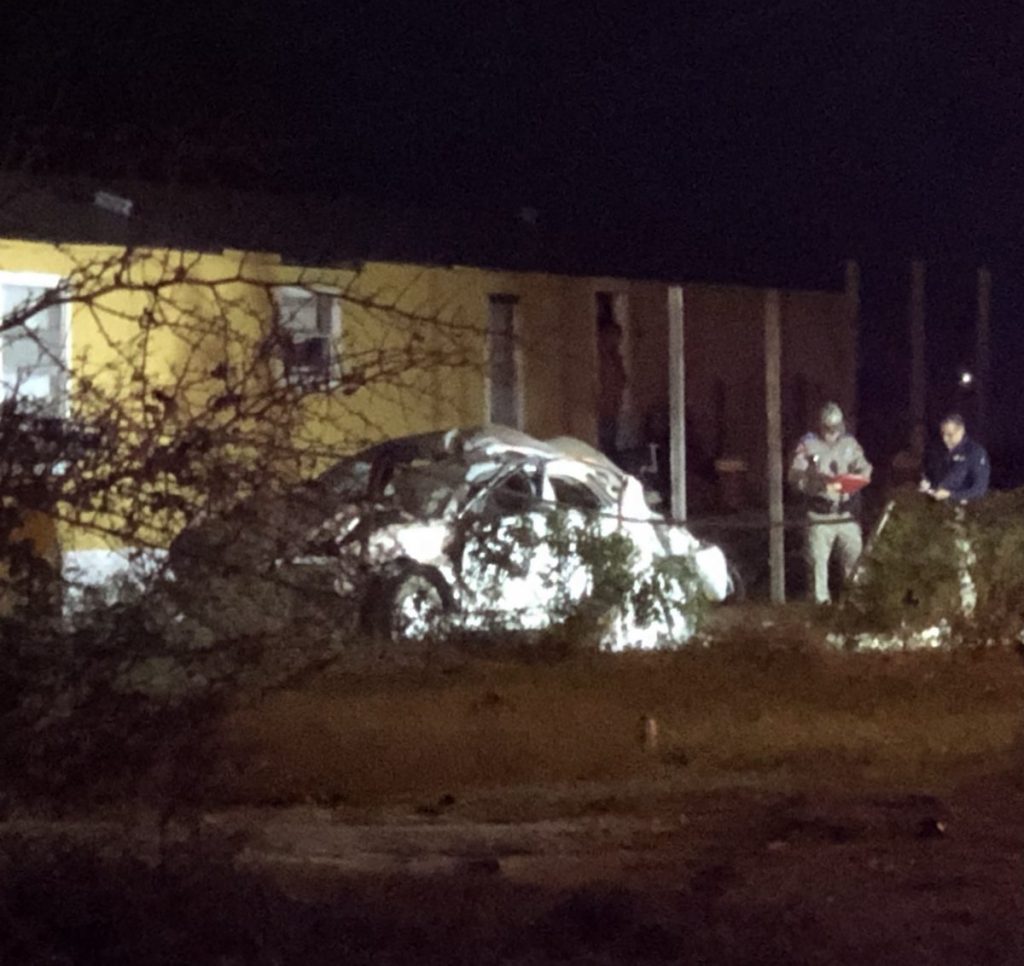 The Texas Department of Public Safety is investigating the crash. (Photo by Dave Hendricks / The Progress Times.)

Olivarez said investigators hadn’t identified the driver, who may be dead or among the people transported to local hospitals. It’s also possible the driver fled the scene after the crash.

As the sun came up and state troopers started leaving the scene, John Resendez headed to work.

Resendez said law enforcement chases smugglers through the area at least once or twice a month.

“They usually have 15, 20 troopers behind them,” said Resendez, 33, who lives nearby. “And helicopters, stuff like that, all the time. They crash, they run out like crazy.”

Resendez said smugglers frequently crash near a canal where Abram Road meets Mile 6. To prove his point, Resendez pulled out his phone and scrolled through videos from his home security system.

In one video, a truck speeds down Abram, hits what appears to be a bump in the road and comes to an abrupt halt. People jump out of the truck and start running.

Resendez said he’s seen as many as 38 people run away from a single truck.

“I don’t know how they get them so packed in there,” Resendez said.

In another incident, smugglers abandoned a truck after a crash. His wife called the Hidalgo County Sheriff’s Office, which found people still trapped inside.

“I guess they’re doing their job,” Resendez said. “You know what I mean?” 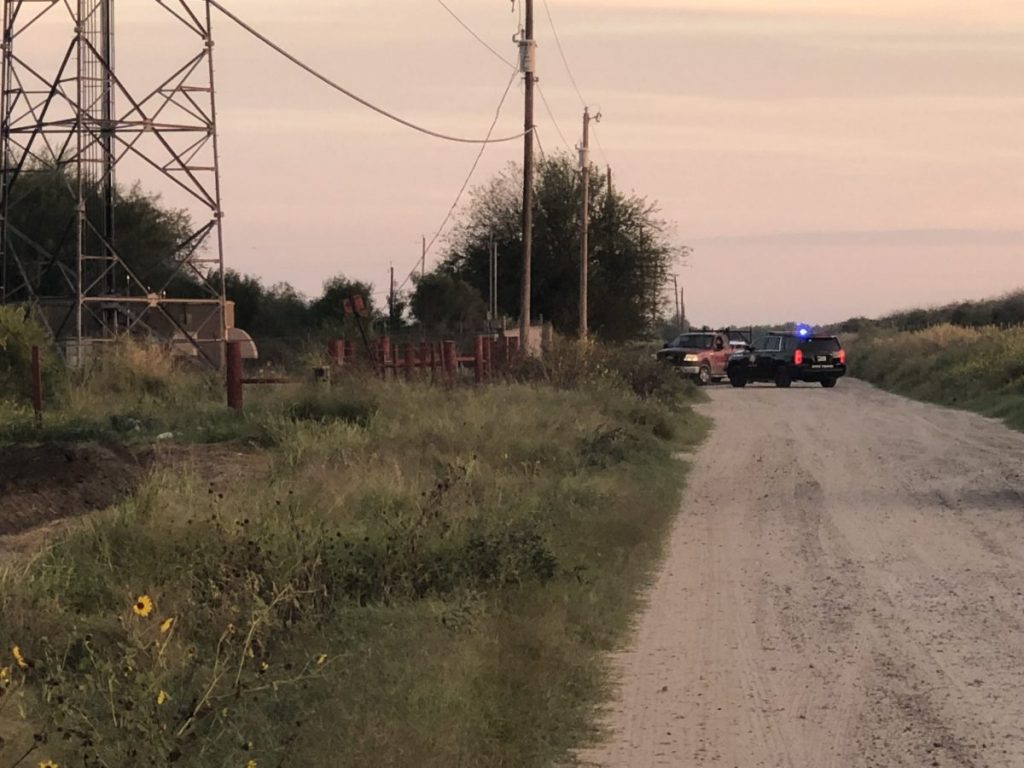