Diana Lerma may not be the only volleyball coach the Mission Veterans Lady Patriots have ever had, but she has been there from the very beginning. That’s because she was hired in 2002 to start the program and with the exception of half of the 2016 season and all of the 2017 season, during which time she was temporarily reassigned, she has led the Lady Patriots ever since.

Over those 19 years, Lerma has amassed an amazing record of 697 wins and 111 losses. Even more amazingly, the Lady Patriots have won all but 13 of the 293 district games they have played under Lerma over those same 19 years!

Now with the 700 win milestone right around the corner for Lerma, it’s as a good a time as any to look back at her long and almost unbelievably successful career that has not only made the Mission Veterans volleyball program one of the best in the state, but has also touched the lives of so many in ways that even Lerma herself will never know. 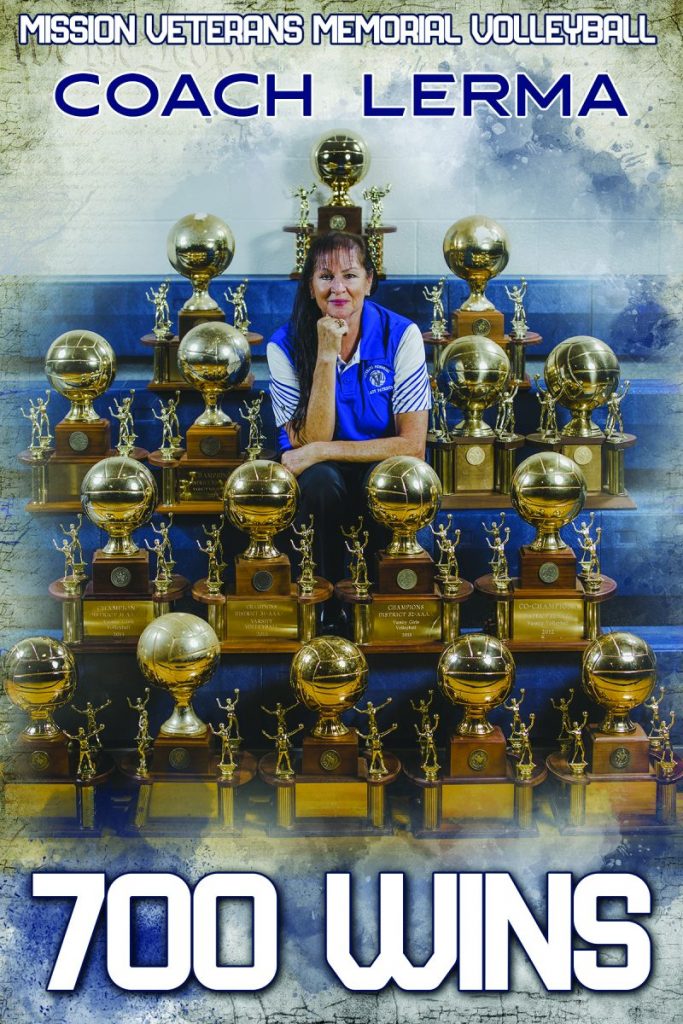 A 1981 graduate of Mission High School, Lerma’s skills on the volleyball court earned her a college scholarship. That was huge since her parents would never have been able to afford to send her to college on their own. And with her three sisters, Mission ISD Athletic Director Leticia “Leti” Ibarra, Dr. Sonia Trevino and Coach Gloria Trevino all earning volleyball scholarships of their own, it’s almost as if Lerma was destined to become a volleyball coach.

But as hard as it may be to believe, that was not exactly what Lerma had in mind when she first graduated from Southwest Texas State University.

“Right out of college, I ended up wanting to be a housewife and a mother,” Lerma said. “But then I would come down and look at my sister Leti coach and I said to myself, ‘I can do that.’ So my husband said, ‘Why don’t you try it?’” And that is exactly what she did.

While Lerma applied three times to be hired as her sister’s assistant once again, only this time at Mission High, that was not in the cards. However, when Mission Veterans Memorial High School opened in 2002, Lerma was hired as the Lady Patriots head volleyball coach. Little did anybody know at the time what a brilliant hire that would turn out to be.

“When I was first hired at Mission Veterans, they told me that it was going to take me three years to build the program, so I would be ok not coming out on top,” Lerma said. “But I told them that coming out on top has, and will always be, what I strive for.”

The fact that Lerma led the Lady Patriots to a combined district record of 73-3 the first six years of her tenure at Mission Veterans, is proof of the fact that Lerma had what it took to back up that prophetic statement.

So what is it about Lerma that has made her so successful for so long?

“I’ve always said that we’re like second parents to the young ladies that pass through our program,” Lerma said. “It’s almost as if the locker room is their second home because they spend more time in the locker room than they spend in their own home.” 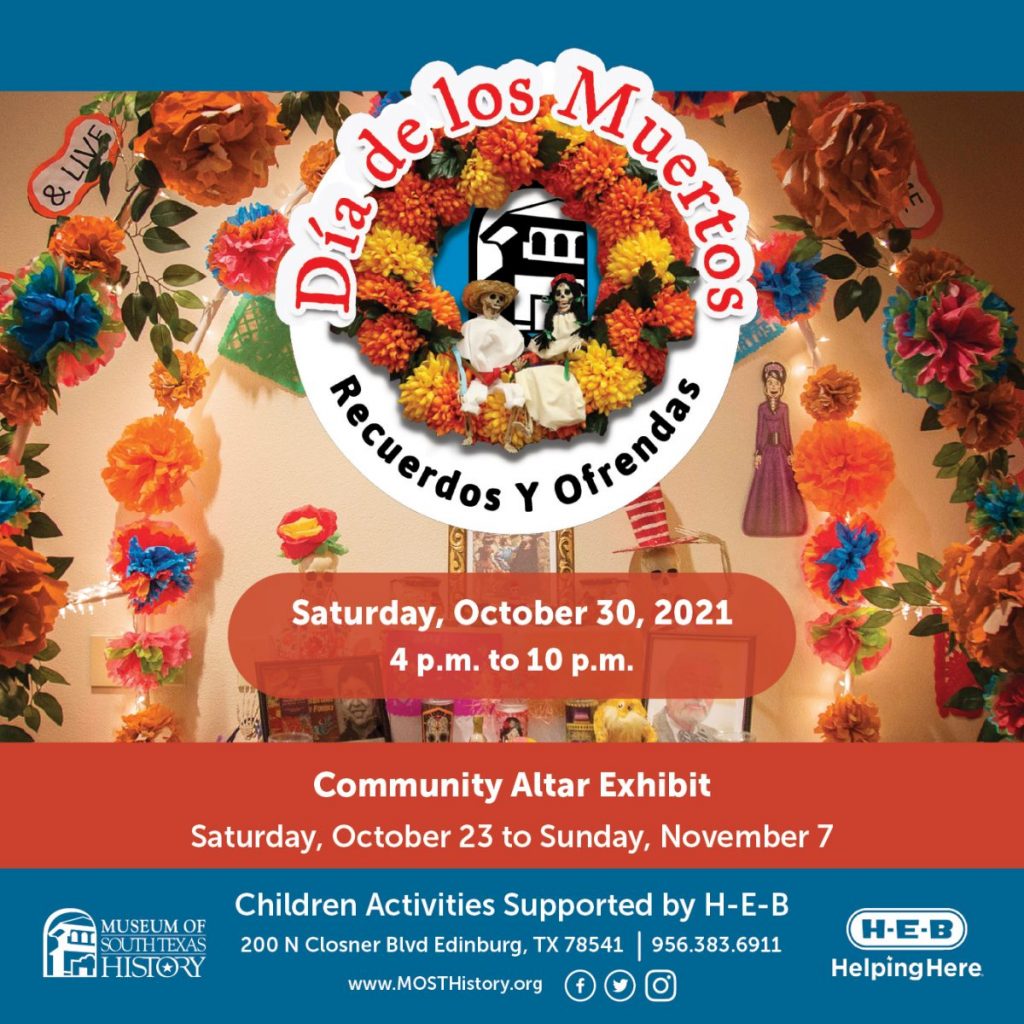 “But I think it’s the passion that the girls know that I have because I’m there just as long as they are with anything that’s offered through the school,” Lerma added. “And the support system there has been phenomenal. That includes the administration and the parents. I’ve always told the parents not to let their daughters be satisfied with almost winning when they have the ability to be at the top. Because losing becomes a habit, but then again so does winning.”

While Lerma has coached hundreds, if not thousands, of girls over her career, and while she has done her best to treat each and every one of them as if they were her own daughters, she had the privilege of coaching her three real-life daughters, Sonia, Gabby and Kassandra as well. The fact that all three of them earned scholarships to play volleyball at the collegiate level should come as no surprise to anybody because all three were among the best volleyball players in the Valley from the time they were freshmen and throughout their four years as Lady Patriots. 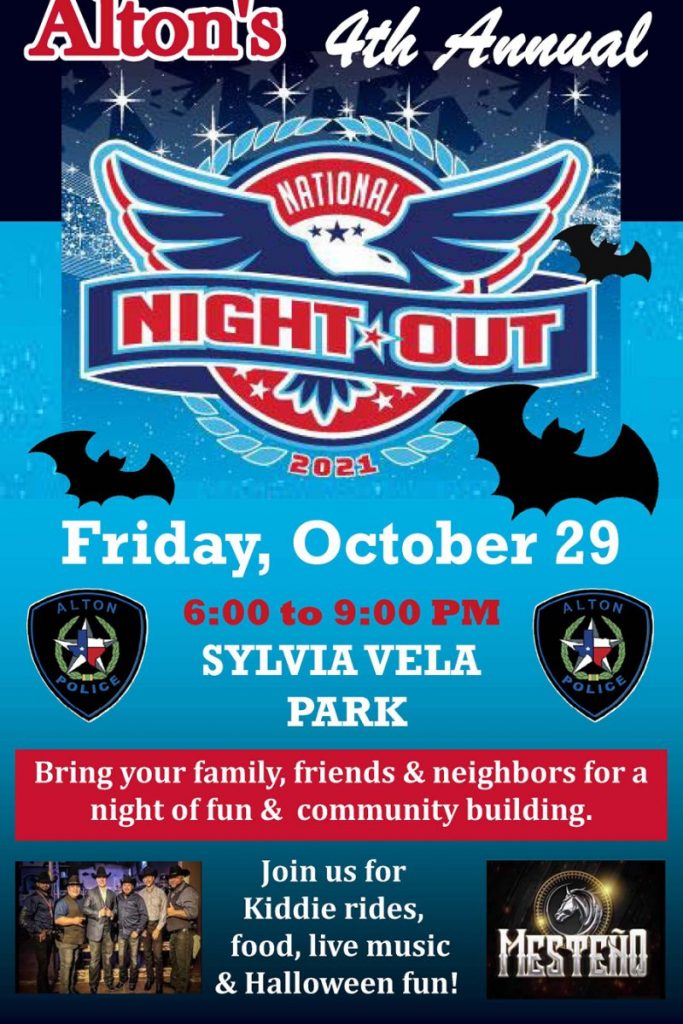 Compiling 16 district championships over a 20 year coaching career is an accomplishment that any coach of any high school sport would love to have on his or her resume. However, Lerma’s coaching success has not been limited to district opponents. As a matter of fact, many of her most memorable accomplishments happened during runs so deep into the playoffs that you could say that the Lady Patriots have gone where no Valley team has gone before.

“Last year was the first year that we did not go past the bi-district round,” Lerma said. “If you’ll look at the banners that are hanging in the main gym at our school, they have all the years that we’ve won bi-district, area, regional quarterfinals and regional semifinals championships over the years. As for the state’s sweet sixteen, I believe that we’ve hit it I’d say four or five times.”

This coming Tuesday the Lady Patriots will be playing Laredo Cigarroa in their last home game of the 2021 regular season. A celebration is being planned for that evening to honor Lerma for her 700th career victory. The public, and especially those who played for her or whose lives have been touched by her in some way, are invited to attend. The junior varsity game is scheduled to begin at 5:30 and the varsity game at 6:30, both in the Mission Veterans High School main gym. The celebration will be taking place immediately after the completion of the varsity game.