The City of McAllen has hired Denny Meline as its new Director of Parks & Recreation. The Rio Grande Valley native has over 10 years of experience in planning special events, budgeting and facilities operation, having served as the interim Parks & Recreation Director for the City of McAllen since May. During that time, he implemented the department’s 10 year plan, focusing on upgrading and increasing trails and green spaces; incorporating improvements and expanding amenities to parks, playground structures, pavilions and athletic facilities; and increasing ecotourism, while limiting expenditures and improving efficiencies. Before that, he had served as the department’s deputy director of programs since 2019, spearheading the planning, coordination and management of the entire recreation department, which included three community centers, its Aquatics and Recreation divisions.

“The City of McAllen is proud to have Denny as our new Parks & Recreation director, leading the growth, expansion and development of the community,” said McAllen City Manager Roel “Roy” Rodriguez, P.E. “He stood out amongst a strong pool of applicants based on his understanding of not only parks management and recreation program development, but also, his dedication and passion to the health and wellness of the entire community.” 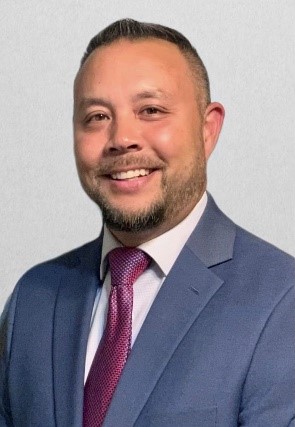 As deputy director of programs for the McAllen’s Parks & Recreation department, he worked closely with the McAllen Chamber of Commerce to recruit and host regional and national youth sports tournaments as a means to promote sports tourism and generate an economic impact for the City of McAllen. He also oversaw the development of a new Parks & Recreation website, along with revamping the McAllen Marathon webpage for an updated look and user-friendly interface. He also increased the department’s social media metrics with updated content and expanded its presence across all platforms.

One key highlight was the development of new community programming during the pandemic, which allowed for safe engagement. These included a Drive-Thru Senior Meal Program, with over 180,000 meals served; Senior Car Bingo; a virtual McAllen Marathon; the virtual McAllen Holiday Parade and South Pole Illuminated Drive.

Since 2011, Meline has served in several positions with the McAllen Parks & Recreation Department, working his way up from recreation supervisor; community center manager; superintendent of athletics and assistant director of operations, wherein assisted in developing, planning and executing the Games of Texas, which brought in over 15,000 athletes and 40,000 attendees in two years, generating over $16 million in economic revenue impact.

Prior to his tenure with the City of McAllen Parks & Recreation Department, Meline started his career as a health education coordinator with the University of Texas-Rio Grande Valley, where he developed, coordinated and implemented a faculty and staff wellness program and delivered state mandated health program to Texas Education Agency regions.

As director of the McAllen Parks & Recreation Department, Meline will oversee an operating and capital budget of $14 million, managing 145 employees, plus 115 seasonal employees, and four landscaping contractors. He is also responsible for the maintenance and operation of 1,000 acres of park land, that includes 89 parks and recreation facilities which include community-school parks; three community centers; four aquatic facilities; five sport complexes; 34 miles of trails; a 33-acre nature urban site; 11 rentable pavilions; two skate parks, splash pads and lakes; and one dog park.

“I am excited at the opportunity to continue with the City of McAllen Parks & Recreation Department where I will be not only helping expand my city’s recreation facilities and opportunities but also, I will be part of the progress the organization will make and to continue making an impact in the quality of life for the citizens of McAllen,” said Meline.