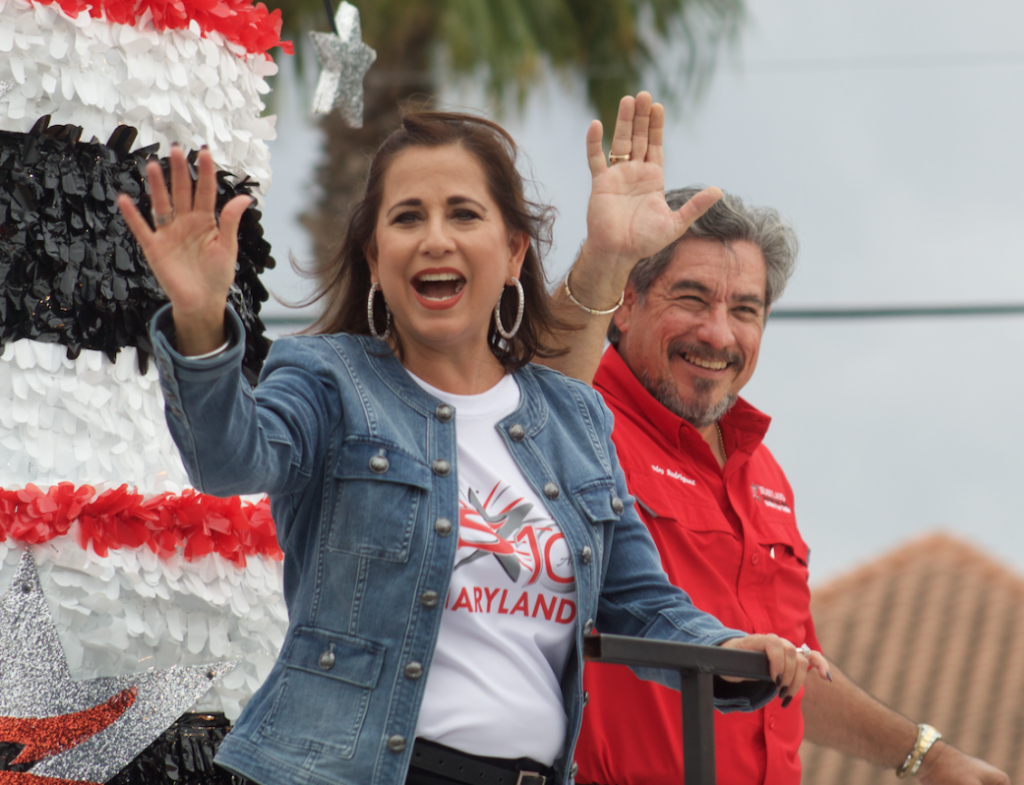 Superintendent Maria Vidaurri and Board Member Alejandro Rodiguez wave to the crowd as they are the first float to pass by.

Parents, friends, and family lined up on the sidewalk to watch their children and loved ones participate in the parade. Some even walked the whole way and followed them to campus.

The Sharyland JROTC led the parade with the presentation of the flags, with the SISD high school and middle school marching bands following behind them. A birthday cake-themed float with SHS lettering carried Superintendent Dr. Maria M. Vidaurri, Board Member Alejandro Rodriguez, Board President Noe Olivera, and Board Secretary Jose “Pepe” Garcia.

SISD pride colors adorned some of the floats, such as those carrying the Bentsen Elementary School Cheer Squad. SISD pride was also brought in by past alum and present alumni alike, with Parade Grand Marshall Ben Cavazos, class of 1947, leading the other alums, such as graduating alumni of 1986, 1991, and 1992 and current students through the parade. 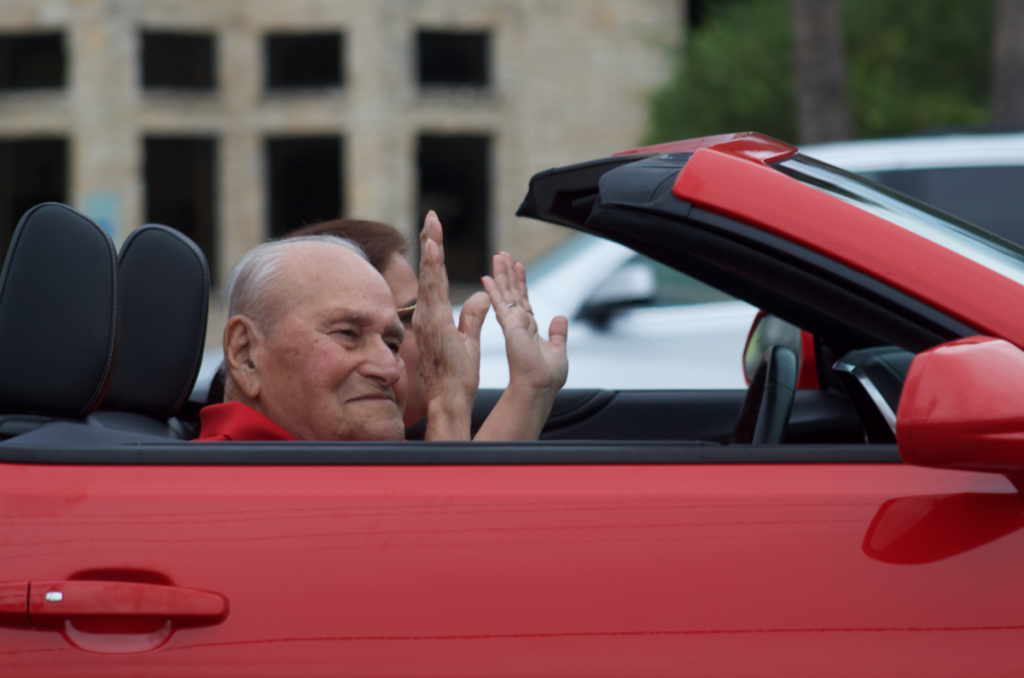 When arriving at the Sharyland High campus, a palooza was waiting to be celebrated. Student organizations, such as the swim team, tabled candies, snacks, and food. Cotton candy, candied and caramelized apples, hot dogs, and hamburgers were among the snacks and foods offered via ticketing.

Students also set up a pumpkin patch photo opportunity with bales of hay and SHS signs and a scream-filled haunted house that attracted students and parents alike. Local coffee truck Match Made also provided coffee options, both hot and iced.

Lori Ann Garza said that the palooza, a festival for homecoming, was an idea that came to the school to celebrate the 100th birthday of the school district.

“This year…we thought this would be a great way to bring the community together,” said Garza. “They’ve been out of school for a year and a half, they’re super excited, they have a lot of motivation and mentally, really headstrong right now. I felt it was a good time to bring the kids together.”

Despite a drizzle, the event ended with the traditional burning of the S.