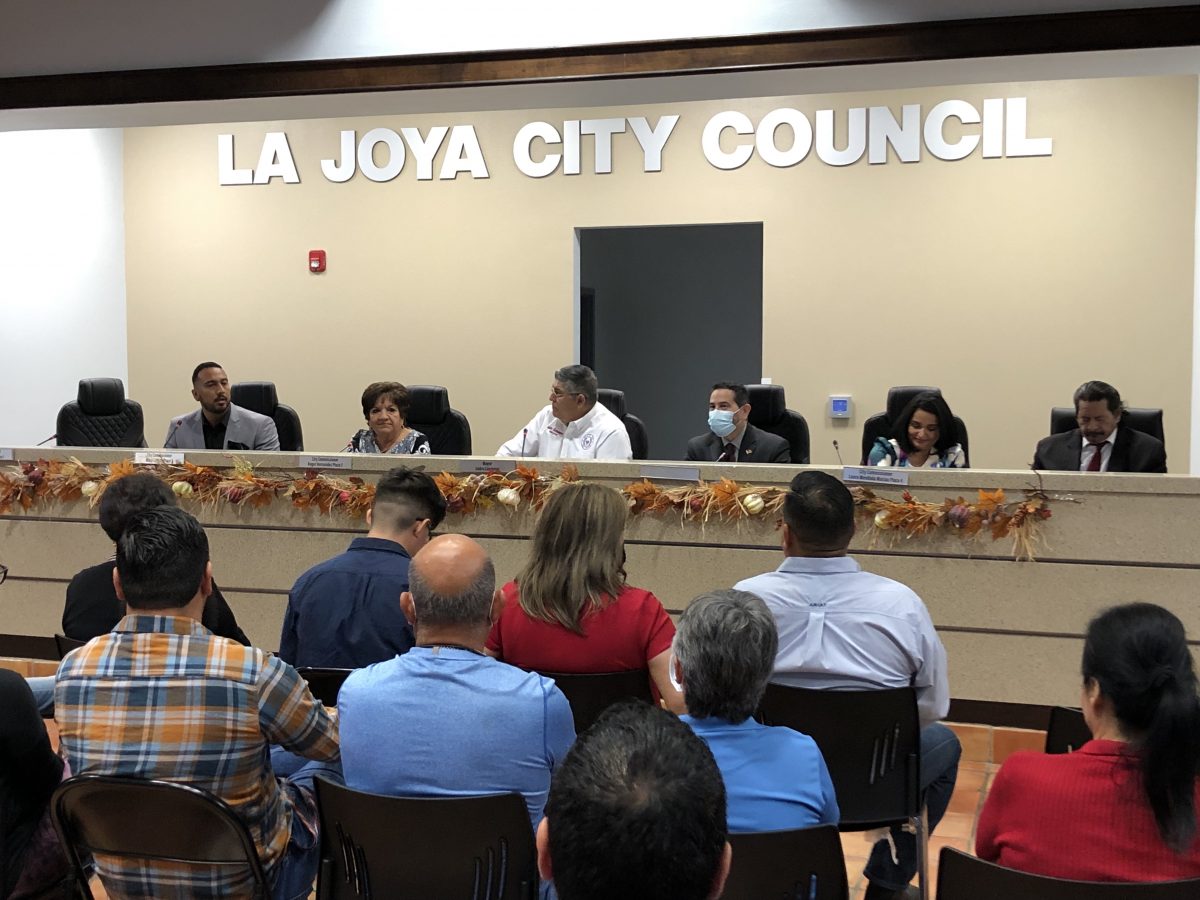 Chuck Garza and Angie Garza — who aren’t related — ran on rival slates during the City Council election. On Thursday, though, they pledged to put the campaign behind them and work together for the betterment of La Joya.

“It’s going to take all of us to be together, making sure the city prospers,” Chuck Garza said. “I want to thank the voters for coming out and casting their vote. Almost 1,500 votes. You know, it says a lot about the city.”

Both candidates thanked God for the opportunity to serve on the City Council and family members who supported them throughout the grueling campaign.

“I’m here to serve the citizens of La Joya and to make a better place for us to live,” Angie Garza said. “We all need to work together as a village. It takes a village to raise children — and to raise a good city that we can be proud of.” 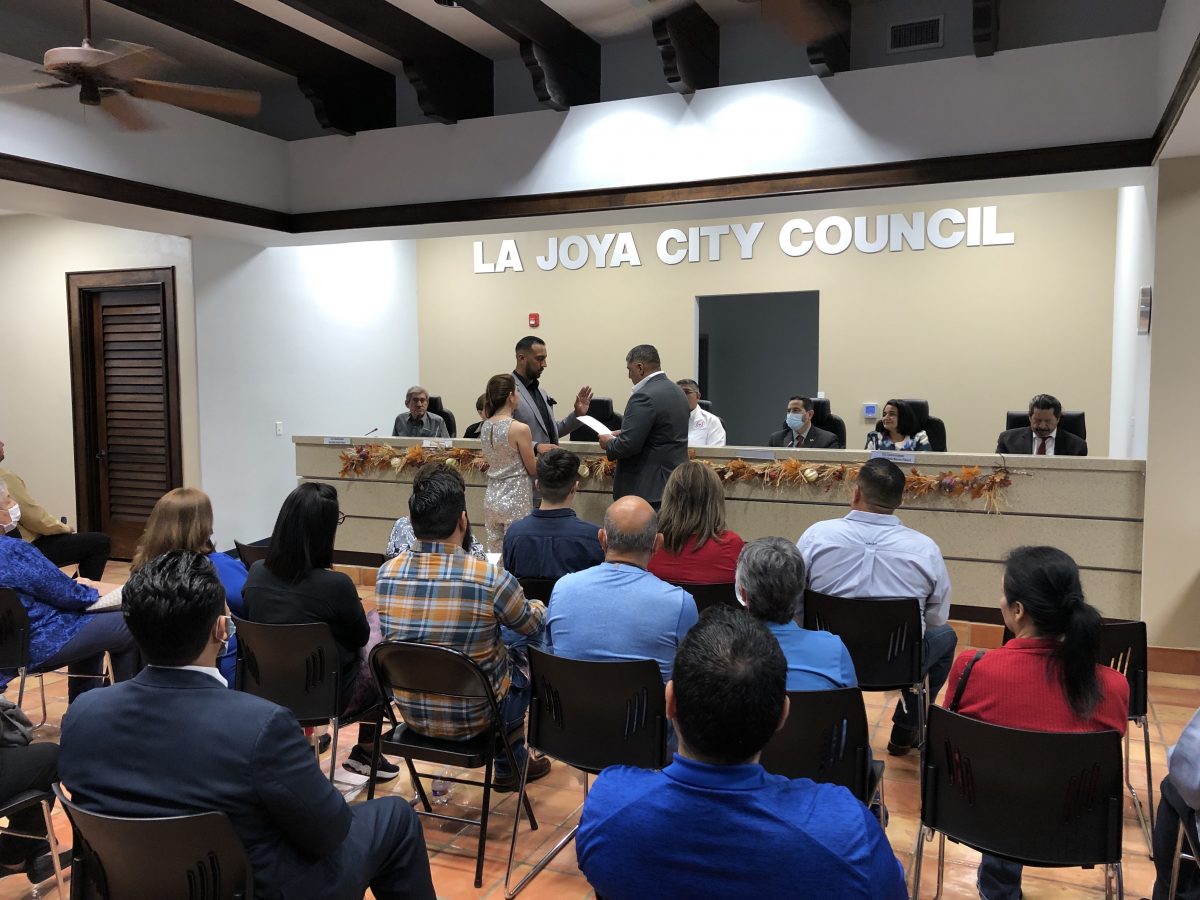 So many people showed up for the swearing-in that City Hall ran out of chairs more than 20 minutes before the ceremony started. Employees brought out more, but the crowd spilled into the lobby anyway.

One of the very few empty chairs in the room belonged to City Councilman Roger Hernandez, who didn’t attend the swearing-in ceremony.

Some had supported candidates during the campaign. Others had simply come to wish the City Council well.

Chuck Garza campaigned with Edwin Eloy Zuniga, 40, a local businessman. They called themselves “A New La Joya” and promised a fresh start for the city.

Angie Garza campaigned with former Municipal Judge Enrique “Henry” Cantu, 56, the director of quality and compliance at Mission Regional Medical Center. They called themselves “We Are La Joya” and promised to provide the city with proven leadership.

When the polls closed, 1,490 people had cast ballots, according to results published by the Hidalgo County Elections Department. Voters selected one candidate from each slate. 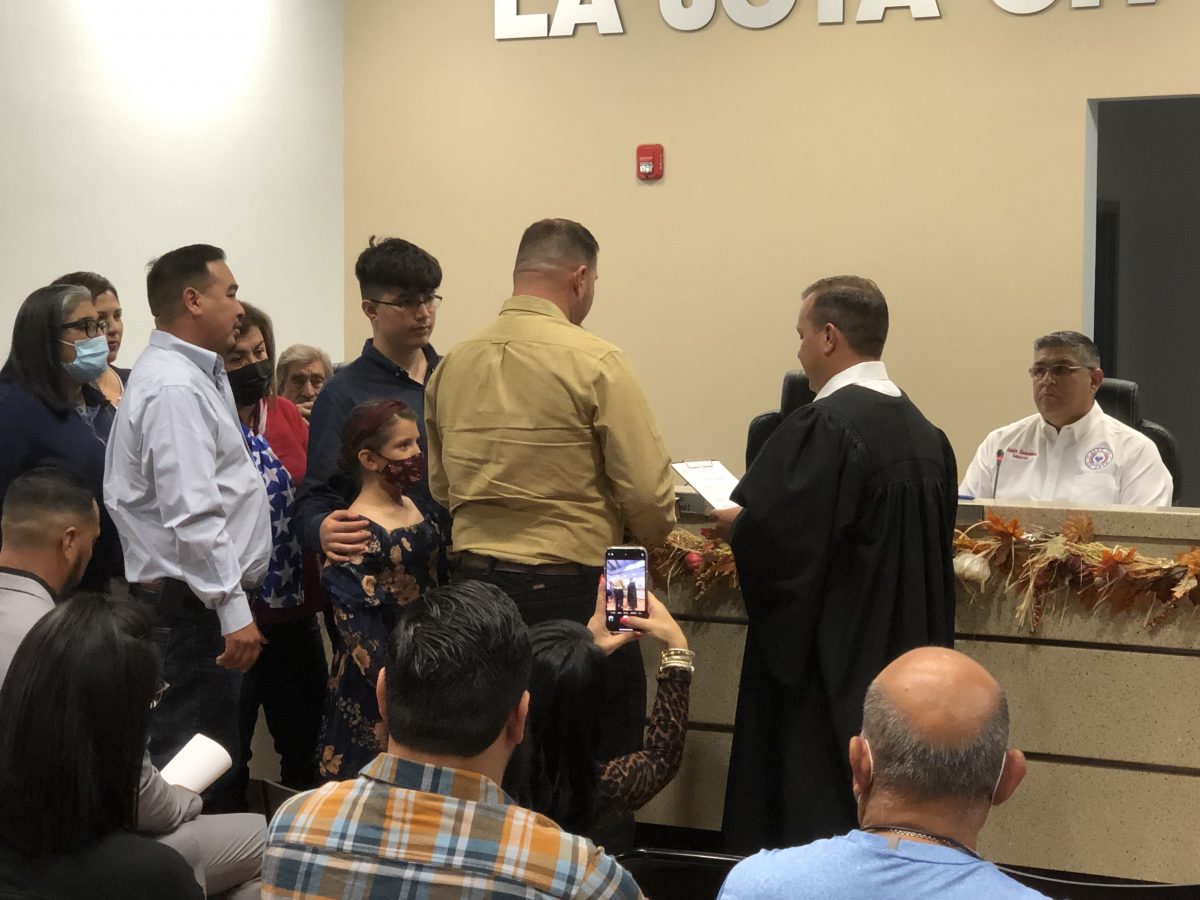 The City Council canvassed the results on Thursday.

“Thank you for being a mentor,” Chuck Garza said. “And guiding me through this process.”

Armin Garza administered both the anti-bribery statement and the oath of office to Chuck Garza. Afterward, the crowd erupted with applause.

Angie Garza asked La Joya school board Trustee Alex Cantu — who is also the municipal judge — to swear her in. Alex Cantu repeated the process, which resulted in another round of applause.

“I just want to thank the entire city because this has been an awesome journey,” Mary Salinas said. “I’ve enjoyed every day of it. The people of the city are wonderful.”

Chuck Garza and Angie Garza didn’t waste any time getting down to business. Angie Garza made a motion to adjourn the meeting. Chuck Garza seconded her motion.

“A motion has been made by Ms. Garza. Second by Mr. Garza,” said Mayor Isidro Casanova. “All those in favor signify by saying ‘Aye.’”