Longoria, Krell and Galindo do it all

Now that the football teams from the seven Mission, Sharyland, and La Joya high schools, the Big 7, have closed out their 2021 football seasons, we’ve decided to ask the three first-year head coaches, Mission Eagle’s Daniel Longoria, Pioneer Diamondback’s Eddie Galindo, and Sharyland Rattler’s Craig Krell, to reflect on their experiences. While these three coaches led their respective teams to different levels of success on the field, they were all successful.

The fact that all three of these coaches were promoted from within the programs they eventually took over, went a long way towards helping them all make their transitions as smoothly as possible. In Longoria’s case, he was promoted after his predecessor, Koy Detmer, resigned to take over the football program at Somerset High School. As for Krell and Galindo, they were promoted after their predecessors, Ron Adame and Tommy Lee, were promoted to the positions of Sharyland ISD athletic director and assistant athletic director respectively. 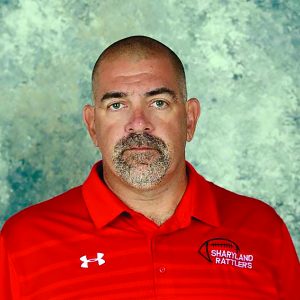 Of the three first-year coaches, Krell was the only one to lead his new team to a district championship. While the 7-1 (8-3 overall) Rattlers had to share the District 16-5A Division II title, they were champions nonetheless. However, the Rattlers failed to earn a bi-district championship when they lost to Floresville in the opening round of the state playoffs.

Longoria took over an Eagle’s program that qualified for the playoffs the previous three seasons. In his first year, he led the Eagles to a second-place finish with a 6-2 District 31-6A record and into the playoffs where they lost to Los Fresnos in the bi-district round.

With the 2020 Diamondbacks team having advanced into the fourth round of the state playoffs, Galindo took over the most successful program of the trio of first-year head coaches. However, the fact that 43 members of that team graduated before Galindo took over meant that he was pretty much starting over. Even so, Galindo had the 2021 Diamondbacks in the thick of the playoff hunt until the very end, even though they fell just short with a 4-4 District 16-5A Division II record and a fifth-place finish.

Now that all three coaches have a full season behind them, I asked them each a series of questions meant to allow them to share their thoughts and experiences with us. My first question to each of them was; how is being a head coach different from what you expected it to be? 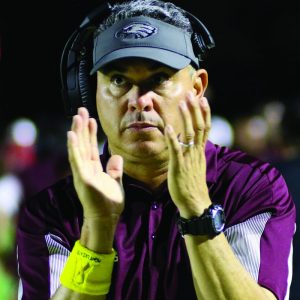 “Having to pay attention to all the little details,” Krell said. “Before I worried about how the defense was playing and how the defense could help win the game. Now, I look at everything and it is the little things that make the big difference.”

“I knew that there would be many responsibilities as the head coach,” Galindo said. “However, I am also the campus athletic director and as such, I am responsible for all sports. This position comes with administrative duties that many times are not football related. In my previous position of offensive coordinator, I dealt mostly with offensive schemes, practice plans, and game planning.”

Next, I asked each of them; what unexpected challenges have you encountered since becoming a head football coach?

“There is no head coach in the state of Texas that does not encounter unexpected challenges,” Longoria said. “This year, they came in droves, but all they did was to allow us to adapt and overcome. They allowed us to embrace sudden change and our adaptability to it. We had one choice, adapt and overcome with a positive attitude.”

“Injuries happen to every team but as the head coach it seems to be a challenge you didn’t see coming,” Krell said. ”I don’t know how many people know this but Orly Lopez, our quarterback, tore his ACL shortly after I got the job. He decided not to get surgery but to play FB with a torn ACL his entire senior season. We had to change some things offensively to keep him healthy.”

“The athletic coordinator position requires me to be in more of an administrative role,” Galindo said. “I had to learn to delegate more responsibility to my assistant coaches on some day-to-day operations so that I could tend to my other responsibilities.”

I followed that question up with; what unexpected rewards have you experienced since becoming a head football coach?

“The unexpected reward was having an amazing team that was able to overcome historic adversity and be able to have a successful football season,” Longoria said.

“Being able to impact young men’s lives in a positive way,” Krell said. “We implemented the R.E.A.L. MAN program (R-respect, E-especially women, A-always do right, and L-live a life that matters) and I was unsure about kids buying in. I have run out of bracelets and now have to order more. I hope it continues to serve as a reminder about our program and how to represent.”

“The reward of teaching life lessons and building champions in life through athletics is priceless,” Galindo said. “The relationships that are built and knowing that I have made a difference in student athletes’ lives is what makes this profession special.”

My next question was; what are you the most pleased about as you look back at your team’s recently completed season?

“Being able to finish the regular season 7-3 and the district season 6-2, and allowing our seniors to compete for a bi-district title,” Longoria said. “But more importantly, seeing our seniors overcome almost two years of COVID-19 protocols and restrictions and be able to compete at a high level.”

“Having a piece of the district championship, even if we had to share it,” Krell said. “That is something I will cherish as my first year as a head coach as well as the seniors that were able to accomplish this.” 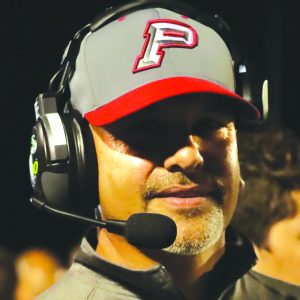 “I am extremely proud of our team,” Galindo said. “My players faced a tremendous amount of adversity, ranging from the COVID-19 quarantines to injuries, and not only were they were resilient, but they kept fighting and never complained despite the challenges they faced.”

I followed that up with; what are you the most disappointed about as you look back at your team’s recently completed season?

“Not being able to have the time in the off-season with our seniors that a normal football team would have,” Longoria said. “And, more importantly, not to have another year with this awesome senior class”

“I am not sure if I would call it a disappointment, but the one thing that I was really hoping to accomplish is a playoff win, especially for our seniors,” Krell said. “Last year we got bumped out in the play-in game and their sophomore year we lost to Calhoun in the first round.”

“Obviously not making the playoffs was disappointing,” Galindo said. “We were 24 minutes away from doing so. Our team faced adversity and as much as they battled, they just fell short.”

My final question to the three coaches was; are there any other thoughts you would like to share about what being a head coach means to you?

“Being a head coach has given me the opportunity to influence numerous young men in a positive manner,” Longoria said. “Football has become a venue that will allow young men to gain skills and habits that will make them productive young men.”

“In terms of my career, this is what I have always wanted. I was a defensive coordinator for 17 years before becoming a head coach,” Krell said. “I never chased it and I always told myself I will know when it is time and the place to be and that is here and now at Sharyland High School.”

“Coaches have the power to change lives,” Galindo said. “I take pride in being a positive role model and building champions in life through athletics. I am so blessed and I thank God and all those involved in allowing me to be the head football coach at Pioneer High School.”