Camacho graduated from the Lower Rio Grande Valley Development Council police academy in February 2015, according to Texas Commission on Law Enforcement records. Palmview offered him a full-time job in June 2018. 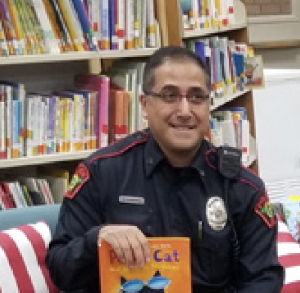 Officers arrested Camacho at about 6 a.m. Saturday, according to information released by the Mission Police Department.

Camacho allegedly pushed a woman in the chest. Details about the incident were not available Saturday.

The assault charge, a Class C misdemeanor, is punishable by a fine of $500 or less.

“I don’t care if ya’ll kiss and make up,” Wehrmeister said, the order will remain in effect.

Wehrmeister warned Camacho that any violation of the protective order would be a Class A misdemeanor.

The Palmview Police Department will conduct an internal investigation and take action if appropriate, Zamora said, adding that Camacho hadn’t been suspended or placed on administrative leave.

“He’ll go back to work on Monday,” Zamora said.

Camacho remained in custody Saturday afternoon and couldn’t be reached for comment.