The Agua Special Utility District board picked a new president on Monday.

Members replaced President Homer Tijerina with Esmeralda H. Solis, who joined the utility board in November 2020.

“I know I’ve only been on the board for a year,” Solis said. “But I guarantee that I will do my very best — to do the best for the entity and to work with everyone, so that we can move forward.”

Agua SUD, which provides water to about 16,500 customers in western Hidalgo County, is governed by a seven-member board of directors. Voters elect the directors, who pick a president, vice president, secretary and treasurer. 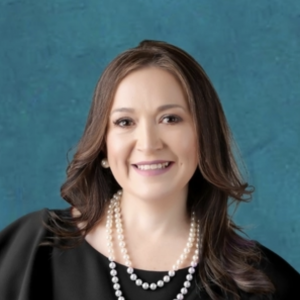 While the positions come with additional duties, they’re largely ceremonial. The selection of a board president, however, may reveal which faction holds a majority.

Tijerina became the board president after the November 2020 election with support from Solis, Director Maribel Diaz and Director Ivan Sandoval.

Solis and Diaz had campaigned together. They teamed up with Sandoval to support Tijerina.

During his tenure, the utility board hired a new general manager and brought in a new legal team. Agua SUD also launched a mobile app and started posting utility board meetings on YouTube.

“We wanted to have more transparency with our ratepayers,” Tijerina said. “Exactly how the meetings are going and how the board members voted in certain situations or on certain agenda items.”

Tijerina also pushed for Agua SUD to review questionable decisions made by prior administrations, including a “smart meter” project and the purchase of water tanks. He wasn’t the only person with questions.

When he appeared in court, Romero admitted that he made payments to influence members of the utility board. Which current or former members of the board received money remains a mystery.

Perhaps the most consequential decision Tijerina made involved water and sewer rates.

The utility board had approved a five-year plan to increase rates. Tijerina urged the board to rethink the plan and focus on cutting costs instead.

“It’ll give some relief to our ratepayers,” Tijerina said, adding that many customers struggled to pay bills during the pandemic.

On Monday, though, the board split over whether or not Tijerina should remain president.

Diaz nominated Solis for board president instead. 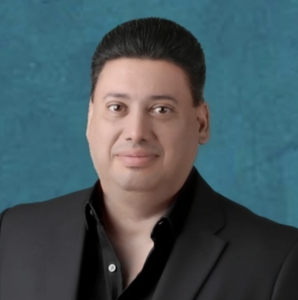 “She’s new to the board, but she’s been there for a year. So she got her feet wet,” Loya said. “And I think she’ll do a good job for us.”

The board also replaced Sandoval, who had been the vice president since November 2020, with Diaz.

Tijerina opposed the motion, which passed 6-1.

“I feel very excited,” Diaz said. “I think we’re all here to work together as a board.”

When the board went into executive session, Tijerina and Sandoval walked out. The rest of the board stuck around for nearly 90 minutes before they adjourned the meeting.