The city of Palmhurst filed a lawsuit against two people affiliated with a self-styled “animal rescue” organization Tuesday.

Palmhurst sued Jesus Meave, the founder of the Franklin All Animal Rescue Team, and his landlord, Ramon Garcia of Mission.

The organization — known to supporters as “FAART” — operates from a home on Stewart Road, where it keeps dozens of dogs, an assortment of cats, a pig and other animals.

Palmhurst contends the organization is operating a dog kennel in violation of city ordinances. 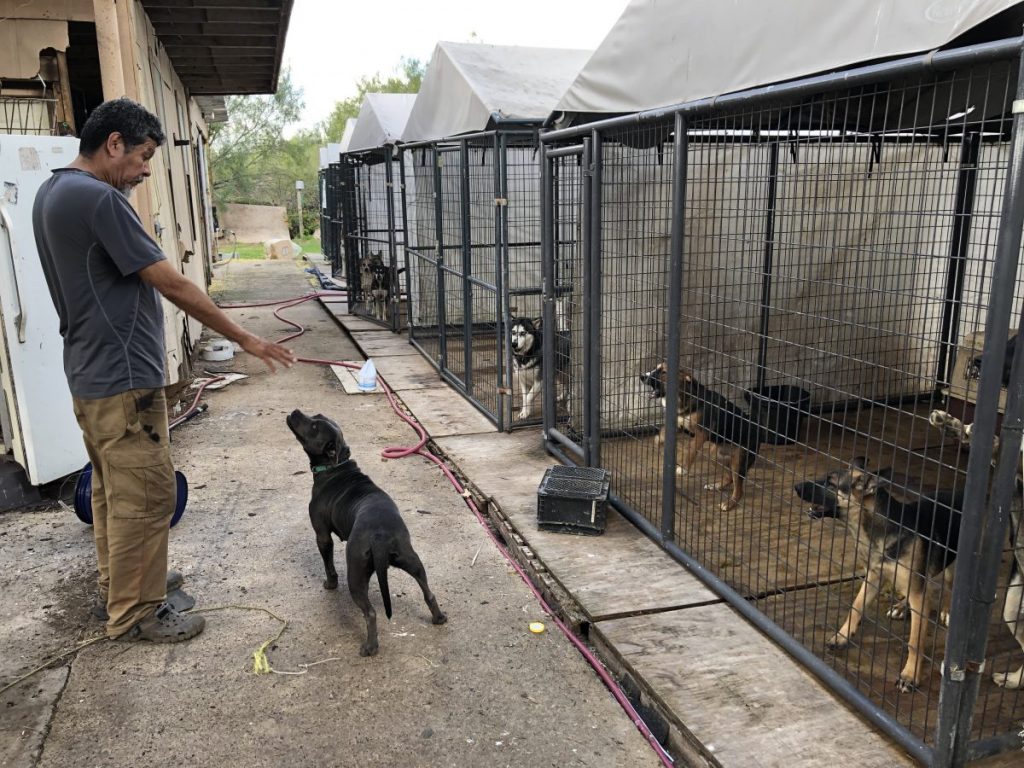 “From said kennel, odors of urine and excrement escape to surrounding properties and the sounds of barking occur steadily throughout the day and night,” according to the lawsuit.

One called the situation “a daily 24/7 horror to me and my family.” Another said living nearby is “a terrible ordeal.” The third described the smell as “constant and very offensive.”

The lawsuit requests an injunction that would prohibit Meave and Garcia from operating a kennel or allowing a kennel to operate within city limits.

Meave said Palmhurst hadn’t served him with the lawsuit.

“At this point, we really need to see what the suit is about for us to be able to respond accordingly,” Meave said.

Whenever neighbors complain, though, Meave said he attempts to address their concerns.

“As far as the affidavits are concerned, we’ll see how we respond to those,” Meave said. “That’s no big deal.”