Marco A. Palmieri, an attorney with the U.S. Department of Justice Public Integrity Section, announced the decision Tuesday during a hearing before U.S. District Judge Micaela Alvarez.

“We intend to file a motion to dismiss charges against Mr. Danny Garcia, your honor,” Palmieri said. “That approval was received after close of business yesterday, so we have not yet had an opportunity to formally file.”

Palmieri didn’t explain why the government — after more than two years of pre-trial proceedings — decided to drop the charges against Garcia. 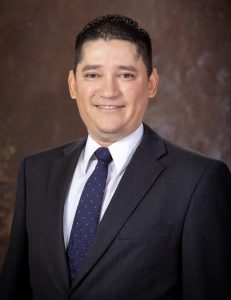 The U.S. Department of Justice did not immediately respond to a request for comment Tuesday morning.

“I don’t think that anybody who is not guilty should plead guilty,” said attorney Christopher Sully of McAllen, who represented Garcia. “And that was his position all along: That he was innocent of these charges.”

Prosecutors had accused Garcia of participating in a bribery scheme that brought together greedy engineers and corrupt members of the Weslaco City Commission.

The engineers paid more than $4 million to Leonel J. Lopez Jr., a Starr County power broker with political connections throughout the Rio Grande Valley. Lopez kept more than $2.5 million for himself.

In exchange, the City Commission steered more than $50 million in contracts to the engineers.

Garcia, however, maintained his innocence. The FBI and the Criminal Investigation division of the IRS arrested him in April 2019.

His arrest shocked Starr County, where Garcia was a successful attorney and served on the Rio Grande City school board.

A grand jury indicted Garcia on wire fraud and money laundering charges. He faced a maximum of 20 years in federal prison.

While he didn’t make any public statements about the case, Garcia privately told anyone who would listen that he was innocent — and the case would be dismissed. Few believed him.

Faced with the federal indictment, Garcia didn’t run for re-election.

His law practice also took a hit. Garcia had to convince many clients that he wasn’t headed to prison himself.

Delayed by the pandemic, the case against Garcia remained pending for more than two years before the announcement on Tuesday morning.

“I don’t want to speculate as far as their reasons,” Sully said, when asked why he believed prosecutors decided to drop the case.

The trial, which had been scheduled for January, was delayed until June 2022 amid concerns about the pandemic.