This article appeared in the Dec. 24 issue of the Progress Times.

A toy drive that originally began for a Palmhurst school spread into a Toy Drive that neighboring cities could also partake in. 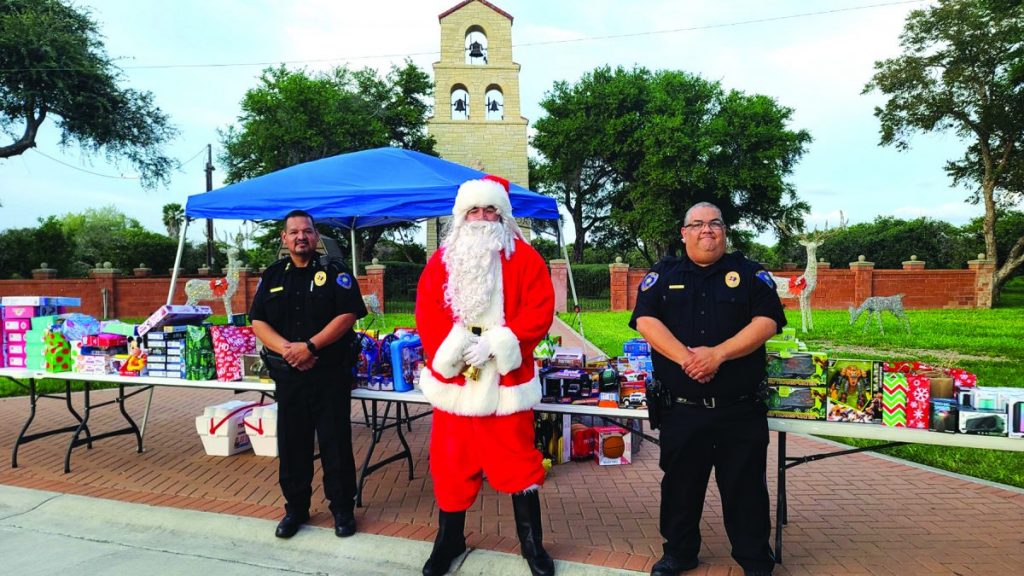 : (from left to right) Assistant Police Chief Francisco Vasquez, Santa Claus, and Police Chief Michael Vela pose for a photo before the start of the toy giveaway. Photo courtesy of the city of Palmhurst.

Cars lined up at the Shary Chapel to receive some Christmas joy and get a chance to see Santa Claus. White tables stretched out to display colorful toys and fun goodies for the caravan of cars that passed by. 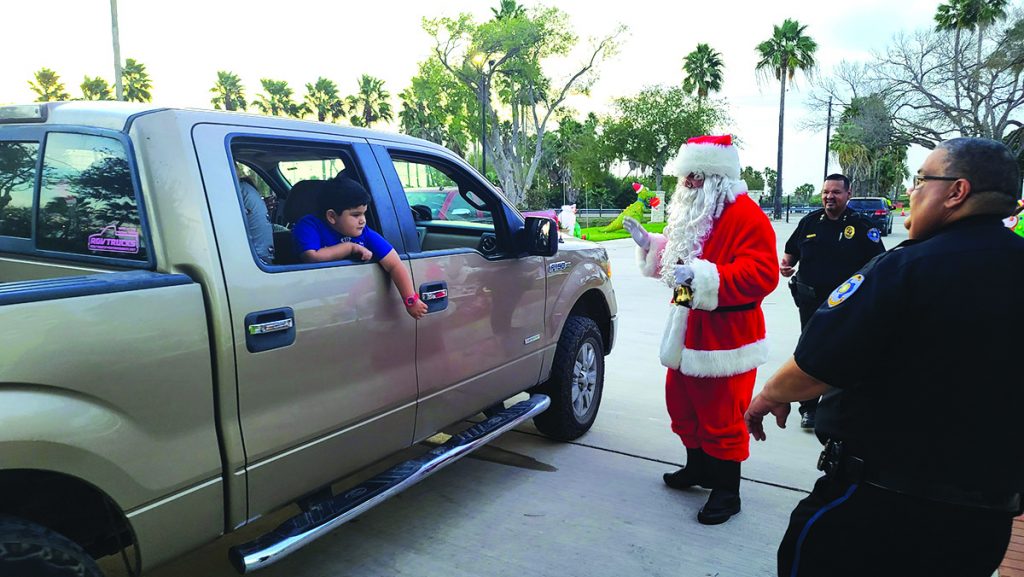 Santa Claus greets a child in the drive-thru. Photo courtesy of the city of Palmhurst.

Palmhurst Chief of Police Michael Vela said 600 toys were collected to give out to community members.

“The toys were donated by numerous businesses,” said Vela, mentioning that Walgreens and Chick-Fil-A were among those who helped with donations.

Vela also stated that the drive is a giving opportunity to show the Palmhurst community some relief from the ongoing COVID-19 pandemic, as they adapted this drive-thru the year prior. 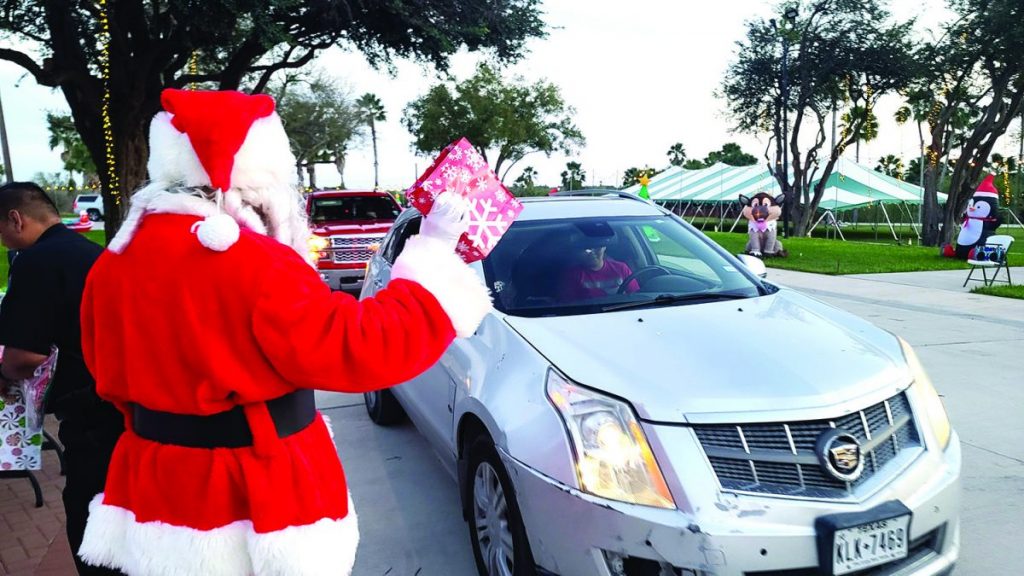 “I’m glad that we did it,” said Vela, who thanked the city staff and city council for putting the event together. “Our staff have worked hard and diligently for making events like these a success.”

The Palmhurst Police Department volunteered their time from 5:30 p.m. to 6:58 p.m. until all the toys were gone.

“We would like to thank everyone who had a chance to come by and those who helped make this event possible with their donations,” said a public post on the city of Palmhurst’s Facebook when announcing the closing of the Toy Drive.