TASB HR Services administered the voluntary survey online and on behalf of the district to provide a layer of confidentiality. TASB is a voluntary nonprofit that serves Texas school boards and provides training to board members. At the December school board meeting, TASB HR Services Assistant Director Janelle Guillory presented the results to the trustees and the public.

“For the most part, these employee surveys are really about comparing to yourself — where you expected to be and where you want to be,” Guillory said. “And then if you continue annual surveys with TASB, you’ll get to see the comparisons added each year in the report and presentations.” 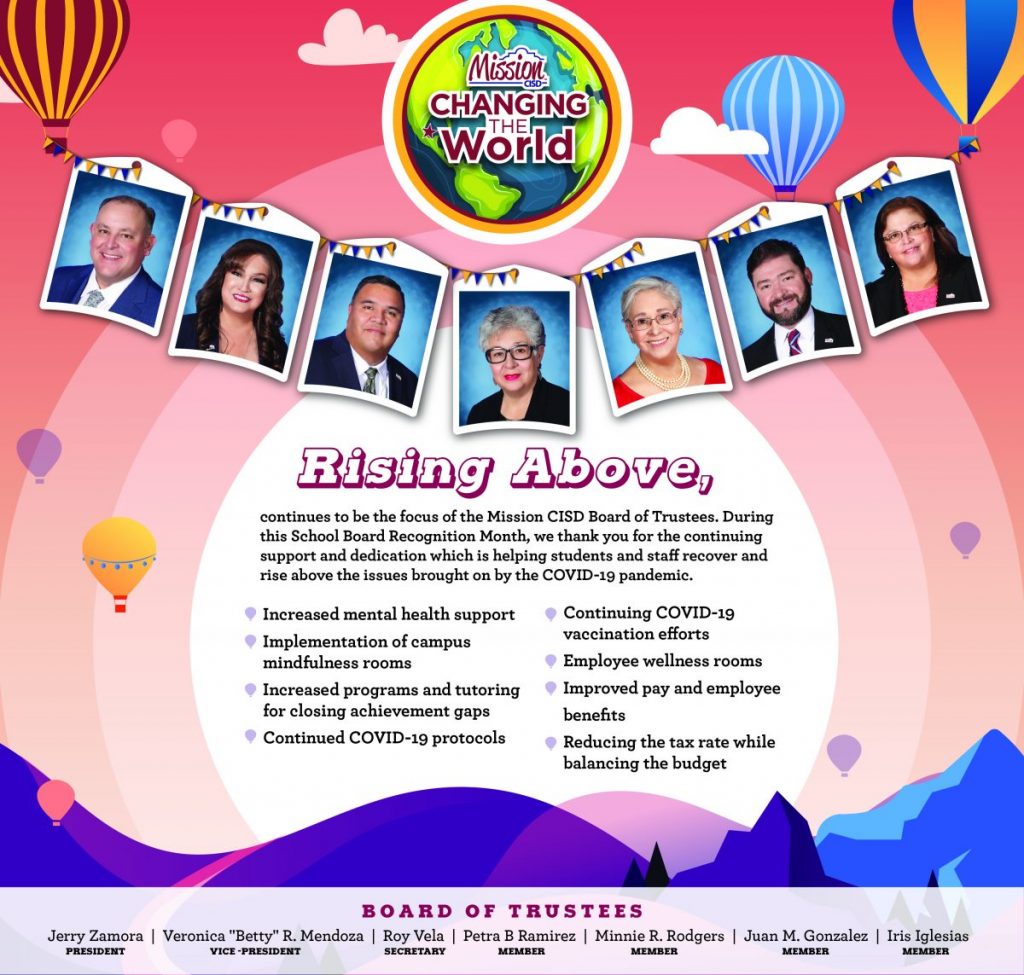 The district had a 93 percent participation rate for the survey, which equals 2,095 employee responses. Respondents answered a series of scale questions in which they had to categorize their answers as strongly agree, agree, disagree, strongly disagree or no opinion. Majority of the responses indicate positive relationships with coworkers (96 percent in agreement) and overall job satisfaction (97 percent in agreement). However, a few items suggest some MCISD employees would prefer adjustments in their place of work.

Regarding working conditions, 97 percent said they felt secure in their employment at MCISD, but only 70 percent reported an appropriate workload for their position.

During the comments and suggestions portion of the survey, employees had an open-text area to write whatever they felt TASB HR Services should know. There were 730 total respondents for this portion of the survey and most of the complaints were concerning insufficient staffing for the work assigned. Although the number of people that reported accolades outweighed those that reported complaints (458 to 338), the most common suggestion was for the district “to address staff feelings of being burnt out and overwhelmed after these past two years,” the TASB HR Services rep said.

But according to Guillory, Mission CISD’s results are not the norm.

“The district should be commended here as we typically see more complaints than accolades, but you have that reversed, which is good to see,” the assistant director said.

Other low reports came from the compensation and benefits category, and the curriculum and instruction category. Only 56 percent of participants said the pay is fair for the work done, and 68 percent said teachers of special populations receive adequate treatment. But Guillory explained this is a normal response across all school districts they survey.

“This is a place where I can definitely say that compensation items are routinely the lowest-rated items in the district,” she said. “It’s often just part of being in the public sector and being public servants. The district does annual pay system maintenance services with HR Services, which help administration and the board keep an eye on the local market and pay planning to use compensation funds to the best of [their] ability.”

Throughout the last three years, Mission CISD has become one of the highest-paying districts in the Valley. Depending on the position, MCISD ranks in the top three alongside Donna ISD and PSJA ISD.

Following the survey presentation, Superintendent Dr. Carol Perez said the next step is to review all the data and dig deeper as an executive leadership team to address the employees’ needs. Each department will receive information for each campus to draw up corresponding goals.

“Every year, you know how we develop the improvement plans? That’s what it’s about,” she said. “This is going to inform the next level of work and this is what’s going to help us target those specific areas in need of improvement. And at the same time celebrate the great things that are going on…sometimes we really have to look inwards and accept the brutal facts.”

Respondents answered a specific set of questions to match their specific job type. Most responses came from employees that have been with the district for 16 years or more and between four and nine years. Elementary employees also made up the majority responses at 31 percent of participants, followed by high school employees at 21 percent.