A prominent doctor claims the chairman of the Hidalgo County Democratic Party took over his medical clinic in Mission, changed the locks and refused to move out.

After roughly six months, Rashid said he became uncomfortable with how Eronini used the building and ended the relationship.

Eronini, though, changed the locks and refused to leave, Rashid said. A standoff ensued.

“Basically, they took advantage of me,” Rashid said. “Because I wanted to get involved with the Democratic Party.”

Ramirez, who is running for Hidalgo County judge, said the dispute is between Eronini and Rashid — and she’s not involved.

“They’re two grown men, and they need to use the law and have the law decide who’s right and who’s wrong,” Ramirez said. “That’s why we have courts.”

Eronini could not be reached for comment on Tuesday or Wednesday, when the Progress Times went to press. 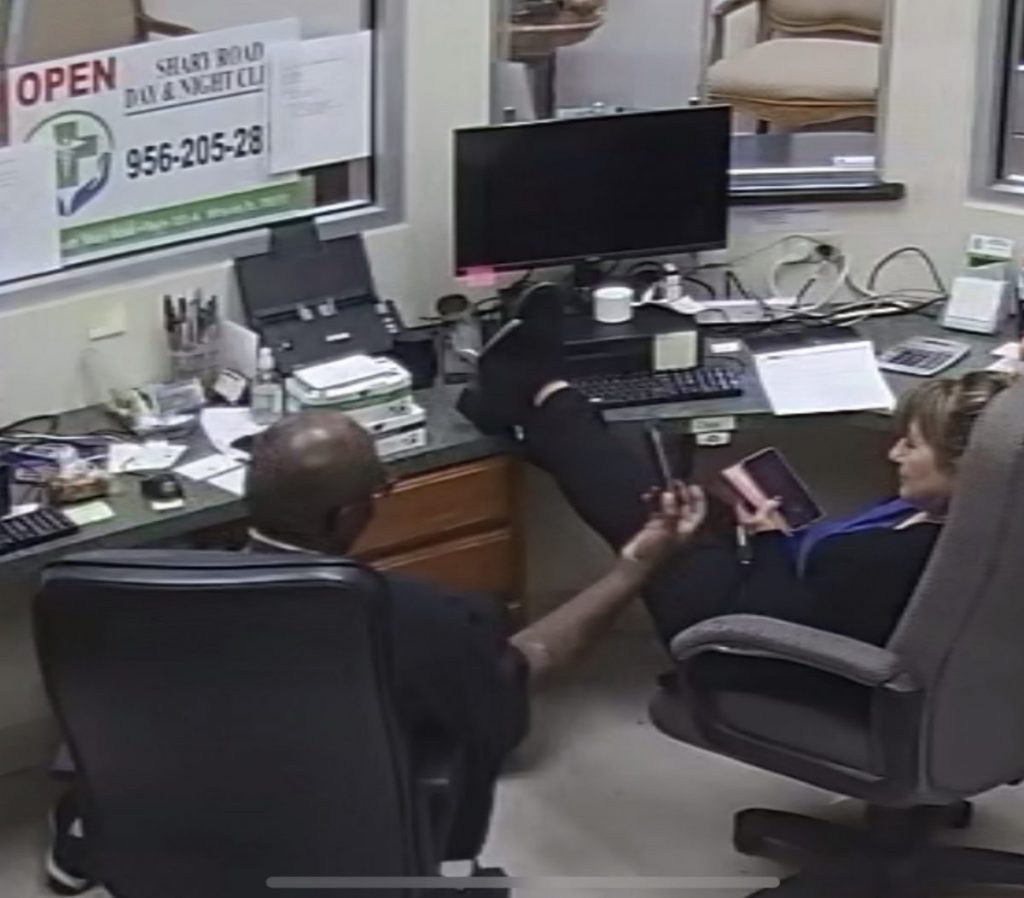 Attempts to contact Eronini through Ramirez and attorney Juan Angel Guerra of Harlingen, who apparently represents him, were also unsuccessful.

“Please be advised that this law office has been employed by Mr. Eronini in the matter of an attempt to evict and on a defamation matter,” according to the letter from Guerra to attorney Pete Diaz IV of McAllen, who represents Rashid. “Your client has begun the process of constructive eviction and has been making defamatory remarks against my client.”

Rashid provided the Progress Times with a copy of the letter.

“This has resulted in a burdensome situation in both areas,” according to the letter. “Said statements are both defamation and defamation per se.”

Rashid said he met Ramirez in 2021, when he mounted an unsuccessful campaign for mayor of McAllen. Rashid said Ramirez introduced him to Eronini.

The conversation reminded Rashid of how an older, established doctor helped Rashid by offering him free office space.

Rashid said he did the same for Eronini.

The arrangement, according to Rashid, was simple.

Rashid allowed Eronini to see patients at his clinic on South Shary Road. Rashid never charged him rent, and they had no lease agreement.

The Progress Times spoke with the executive director of Rashid’s medical practice, who confirmed his version of events.

Rashid said he became concerned about how Eronini used the building after he received a call from Dr. R. Joe Ybarra, a physician with offices in Cameron County.

“I’ve reported him to the nursing board for some unethical and, actually, some illegal issues,” Ybarra said.

Ybarra and his office manager, Hector Ramos, said they distributed 200 units of a monoclonal antibody treatment for COVID-19.

“But it turned out he was more interested in profits than patients,” Ybarra said.

When he asked for the monoclonal antibody treatment back, Eronini refused, Ybarra and Ramos said.

Ybarra filed a report with the Mission Police Department. He also contacted Rashid.

The information blindsided Rashid, who said he didn’t know Eronini had received the monoclonal antibody treatment. Rashid worried he would be held responsible for whatever Eronini did at the clinic.

“Please no solicitation or advertisements regarding any other services without my prior approval that also includes infusions and any other similar services; especially COVID testing and Toxicology which will only be done by my lab,” Rashid wrote to Eronini in a text message on Jan. 6. “I will not have any further discussion on this issue.”

The relationship between Rashid and Eronini deteriorated rapidly.

At some point, Rashid said that Eronini changed the locks and took over part of the clinic. Rashid, however, still had access to security cameras.

He provided the Progress Times with photos of Eronini and Ramirez in the office together. Other photos showed Eronini with unidentified people, who Rashid said he believed were campaign workers.

“My office is not a headquarters for Ms. Norma Ramirez and is not the office for the Democratic chair, Patrick Eronini,” Rashid said.

Ramirez accused Rashid of attempting to ruin her campaign for Hidalgo County judge.

“I just want to be left out of their mess,” Ramirez said. “It’s their problem.”

Ramirez also claimed that Rashid had attempted to threaten her through a mutual acquaintance, McAllen attorney Rey Ortiz.

After he heard about the dispute, Ortiz said he called Ramirez and offered her friendly advice.

Ortiz said he suggested they work out the problem rather than spend money on legal fees and deal with the media during the middle of a campaign. He denied threatening her or passing along a message from Rashid.

“I was excited to help somebody,” Rashid said, and it all went wrong.