This article appeared in the Jan. 28 issue of the Progress Times. 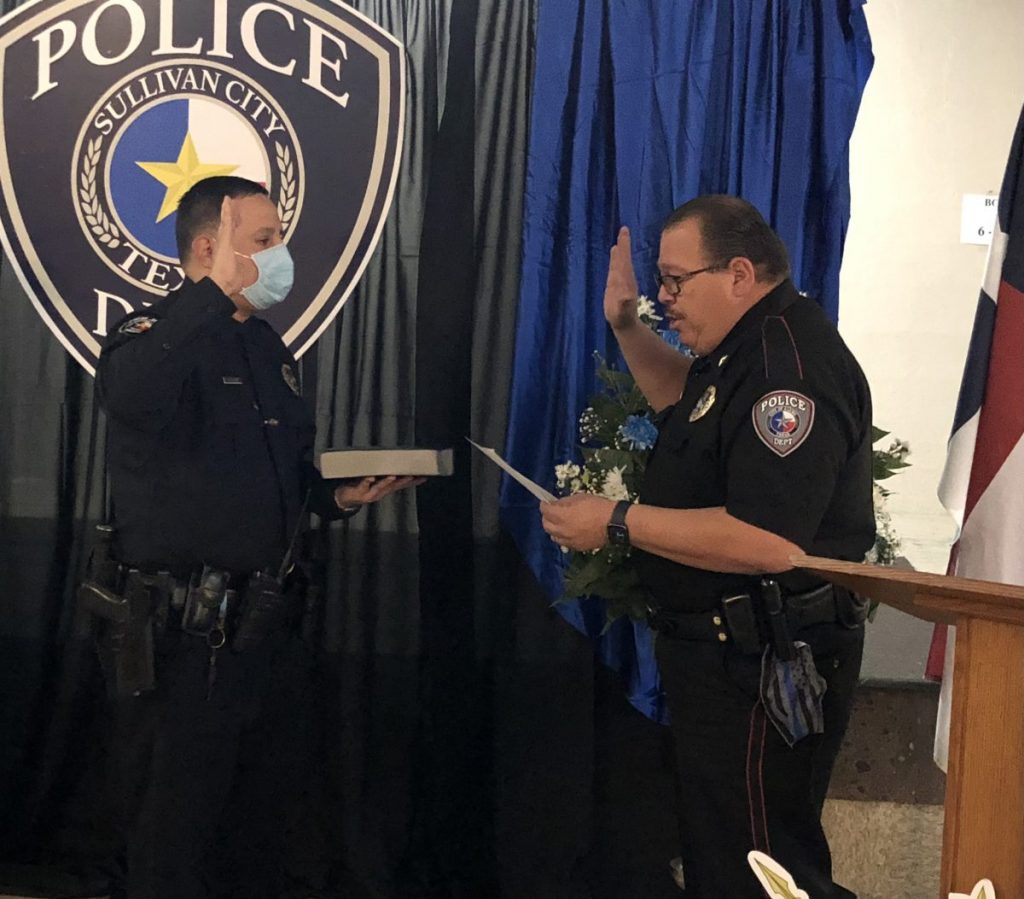 “And I will faithfully perform the duties of chief of police for the city of Sullivan City,” Cortes said during his swearing-in ceremony Monday at the Mi Fiesta Ballroom on U.S. 83. “So help me God.”

Finding someone able to keep that promise is a problem in Sullivan City, which cycled through seven chiefs since 2010. Cortes, though, is different: He’s from Sullivan City.

“I remember asking him,” said Mayor Alma Salinas. “I said: ‘Rey, nobody — nobody is going to do the job you’re going to do for Sullivan because nobody loves Sullivan like you do.’”

Cortes joined the department in 2010, when he became a dispatcher.

During the next decade, Cortes earned promotions to officer, investigator and sergeant — the second-highest rank in Sullivan City.

Cortes, however, had a few problems along the way.

In 2011, the Palmview Police Department cited Cortes for public intoxication. He paid a $500 fine.

In 2014, the Mission Police Department arrested Cortes on suspicion of driving while intoxicated. The charge apparently was dismissed and records from the case were expunged.

Cortes kept his job and became one of the longest-serving officers in Sullivan City.

“He knows his people. So you knew if there was ever a question regarding something, Rey would have an idea or he would say ‘Let’s get ahold of these people. Maybe they know.’ It’s a good resource,” Ozuna said. “And him being the chief in his own hometown, it’s like having your cake, candles, blow it out, and eat it — all at the same time.” 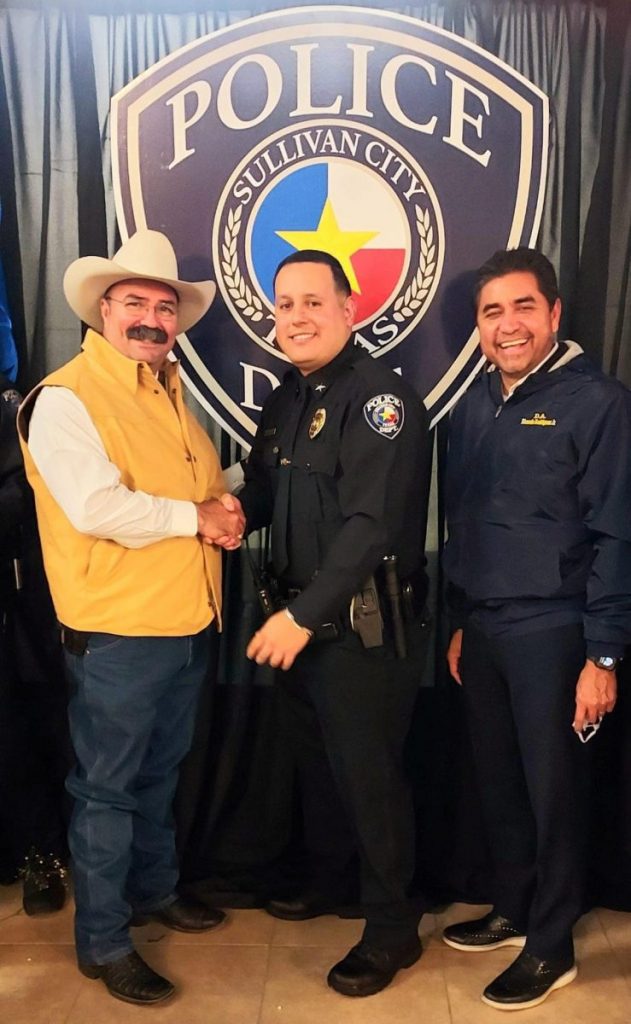 The City Council approached Cortes about the job in December.

They wanted to offer Cortes the opportunity before opening the position to other applicants, said City Councilman Jaime Villarreal.

“We feel confident that he’s going to be a good chief,” Villarreal said, adding that people in Sullivan City already know and trust Cortes.

The City Council made Cortes the interim police chief. He performed well during the trial period, Villarreal said, and Sullivan City decided to offer Cortes the job without soliciting applications from other candidates.

Cortes also had support from other police officers.

“I was honored,” Cortes said. “I had the full support from my guys.”

As chief, Cortes said he would emphasize community policing and focus on building relationships with state and federal law enforcement agencies.