A judge sided with the chairman of the Hidalgo County Democratic Party in a dispute with a prominent doctor last week.

Rashid said he allowed Eronini, a registered nurse with an advanced practice license, to see patients at the clinic. When the relationship soured, Rashid asked him to leave. Eronini refused, claiming they had an oral lease agreement.

“I believe that the relationship is so contrary and so — I don’t know what the word is — it’s not possible for them to keep working together,” Valdez said. “Because of the past, alleged conduct by both sides, in my opinion.”

The evidence showed Eronini and Rashid had an oral agreement, Valdez said, that allowed Eronini to use the medical clinic from Sept. 3, 2021, to March 3, 2022. As a result, Valdez approved an injunction that prevents Rashid from evicting Eronini before March 3. 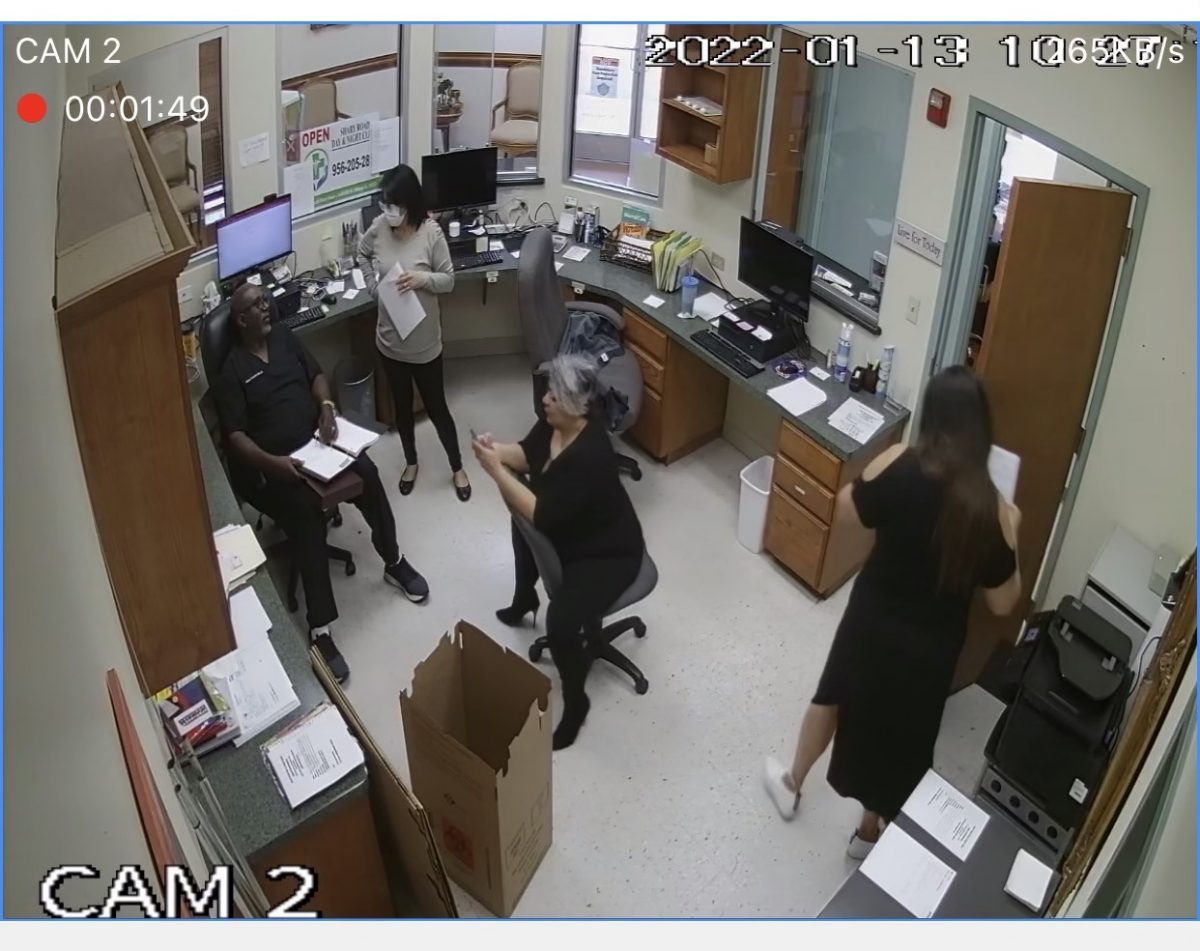 Valdez warned Eronini not to make any changes to the building and directed him to post a $2,000 bond.

Unlike the restraining order, the preliminary injunction doesn’t prohibit Rashid or Eronini from discussing the situation.

“I’m not going to put a straitjacket on any of these professionals to conduct their business or their personal affairs,” Valdez said. “I believe that they’re mature people, professional people. And their conduct speaks for itself. But they have the courts to remedy the situation if those activities, they feel, that they’re improper and illegal and defamatory to each side.”

Rashid and Eronini met last year, when Rashid mounted an unsuccessful campaign for mayor of McAllen.

They discussed how Rashid could become more involved with the Democratic Party.

Rashid also offered Eronini the opportunity to see patients at his medical clinic in Mission.

Rashid and Eronini never put anything in writing, Koeneke said.

“He was doing this out of the kindness of his heart,” Koeneke said. “So that Mr. Ernoni could learn and have a supervising physician.”

Klein, though, said Eronini and Rashid had an oral agreement.

The clinic Rashid offered to Eronini was in poor condition, Klein said, and hadn’t been used in years. Eronini had to make several improvements before he could obtain a business license and certificate of occupancy.

“And Dr. Rashid agreed with Mr. Eronini that after he practiced there for six months, that they would enter into a commercial lease,” Klein said.

Rashid reneged on the deal after they had a disagreement about politics, Klein said.

“The subtext of all of this hearing,” Klein said, “is that Dr. Rashid wanted to be a politico and that Mr. Eronini was very active in the Democratic Party.”

“All of this stuff about Dr. Rashid being political and him being angry — that is nonsense,” Koeneke said.

After reviewing text messages, testimony and other evidence, the judge sided with Eronini.

“I establish that there is an oral agreement,” Valdez said. “So, therefore, I’m going to enter a temporary injunction in this matter until March 3, OK? At which time it will dissolve by operation of law.”