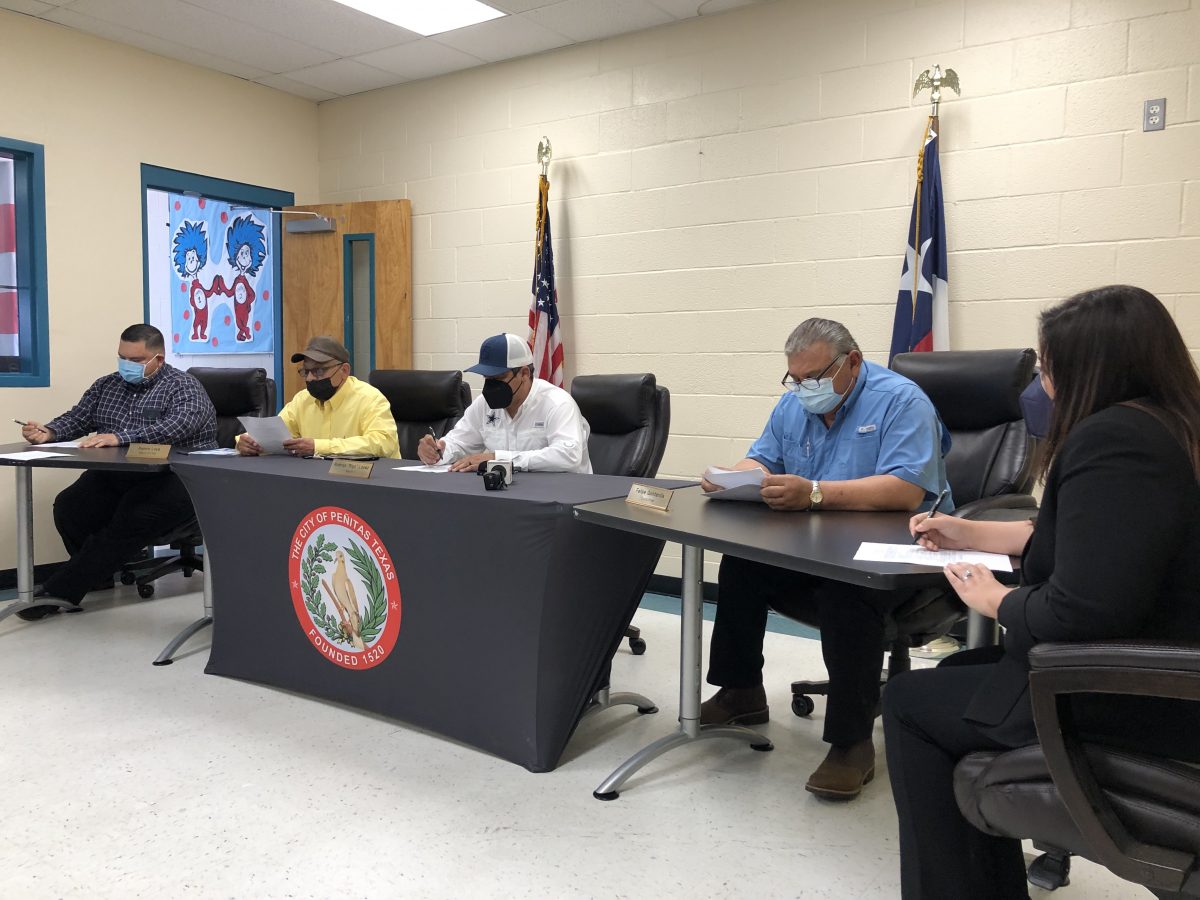 Concerned about corruption at Peñitas City Hall, a crowd packed the local library Monday to watch the City Council meeting.

Mayor Rodrigo “Rigo” Lopez and the City Council said the Pledge of Allegiance. They prayed for guidance from God to “make the right decisions for our city.” And, without any discussion, they scheduled a special election to replace City Councilman Alex Guajardo, who resigned after pleading guilty to a federal bribery and money laundering charge.

The meeting lasted just 103 seconds — and Lopez walked away without answering any questions.

“It’s about time we all got involved because these people are doing whatever they want to do,” said Amadeo Villarreal, 69, a retired trucker from Peñitas. “They don’t do what they’re elected to do. They do what benefits them and their cronies. I hate to say that, but that’s what’s been happening.”

When a Progress Times reporter approached Lopez after the meeting, attorney Frank Garza said the City Council would not answer questions.

During the past few months, they watched Guajardo and three city administrators plead guilty to corruption charges:

* Public Works Director Andres “Andy” Morales pleaded guilty to conspiracy to defraud the United States and making a false statement during the purchase of a firearm in January.

* Guajardo, the city councilman, pleaded guilty to a federal bribery and money laundering charge in January.

Guajardo and Garza resigned. Romero and Morales, though, remained at City Hall.

People who plead guilty to corruption charges shouldn’t be employed by the city, Ramirez said.

“You are representing the oldest settlement in the United States — Peñitas — and it’s an embarrassment to have staff members that have pled guilty and are still on the payroll with our tax dollars,” Ramirez said.

Members of the City Council need to focus on the community they serve, Ramirez said, not themselves.

“And the people are fed up,” Tina Cedillo said. “There’s nothing we can do right now.”

Peñitas plans to hold the special election to replace Guajardo on June 21.