Valley residents have less than a week to voice how border wall construction has impacted their lives before U.S. Customs and Border Protection develops an environmental assessment for a proposed 86-mile “border barrier.”

In January, CBP issued a letter seeking input on the environmental impacts of the proposed construction, operation and maintenance of a “border barrier” in Starr, Hidalgo and Cameron counties. Attached to the letter was a 10-page document of a plan for the barrier that would span 86 miles, despite federal promises to cease border wall construction. The agency document included preliminary designs and maps of the proposed area. CBP plans to use the public input for an environmental report that will help determine whether or not they move forward with the project. CBP will be accepting comments on the proposal until March 7. 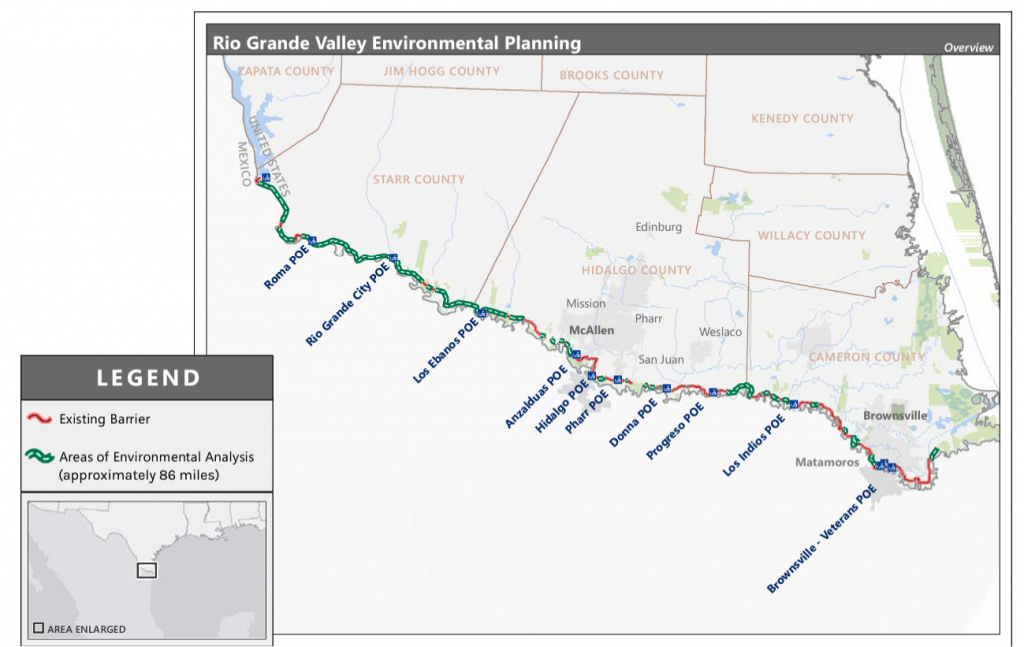 According to the preliminary designs, the barrier could include 30-foot tall steel bollards, spaced about 4 inches apart and fitted with a 5-foot anti-climb plate. On the southern side of the wall, there would be a 150-foot wide enforcement zone. On the north side, the proposal includes a 50-foot wide maintenance road with light and video surveillance towers, which would require vegetation clearing.

The Rio Grande Valley is considered one of the most biodiverse regions in the continental United States. Tourists and researchers flock to the borderland to experience the rare wildlife, which provides an economic benefit to the Valley. According to a 2011 Texas A&M University study, local ecotourism is a $463 million industry. Environmentalists have already expressed concern over the ecological damage to the region because of border wall construction. Vegetation clearing for the proposed barrier could only exacerbate the issue. In 2016, the United States Geological Survey — a government agency that studies the landscape — published a report detailing concerns for biodiversity conservation in the Valley.

Additionally, the proposal for the barrier wall includes access roads, gates, shelters for equipment, levees and erosion control and drainage.

If CBP follows through with its plan, the majority of the Rio Grande Valley would be walled-off. The CBP report states that the construction of the proposed border barrier system could take five years.

People can submit comments on the environmental impacts of the border wall construction to RGVcomments@cbp.dhs.gov. The subject line must state “Rio Grande Valley Environmental Planning.” Residents can also call 1-800-514-4781 or mail a letter to U.S. Border Patrol Headquarters at 1300 Pennsylvania Ave. 6.5E Mail Stop 1039, Washington, D.C. 20229-1100. All comments must be submitted by March 7.