The La Joya Independent School District terminated an agreement with Performance Services Inc. on Monday amid a federal investigation.

Trustees voted to stop paying Performance Services Inc. to monitor Phase II of a nearly $36.6 million “energy savings” project. They terminated the contract after documents filed in federal court linked the company — and La Joya ISD — to a massive bribery and kickback scheme that involved more than a dozen politicians in western Hidalgo County.

“With everything that’s been going on, with all the investigations and all the under-the-table wrongdoing that has come to light with that contract, I personally don’t feel comfortable with the district doing business with them at this point,” said Trustee Alex Cantu. “Canceling the contract and resolving any dispute in open court is the best way I believe we can clear things up for the public.”

Trustees made the decision after meeting with an attorney in executive session.

“Legal brought it to the table and recommended that,” said Trustee Espie Ochoa. “And so we followed legal advice.” 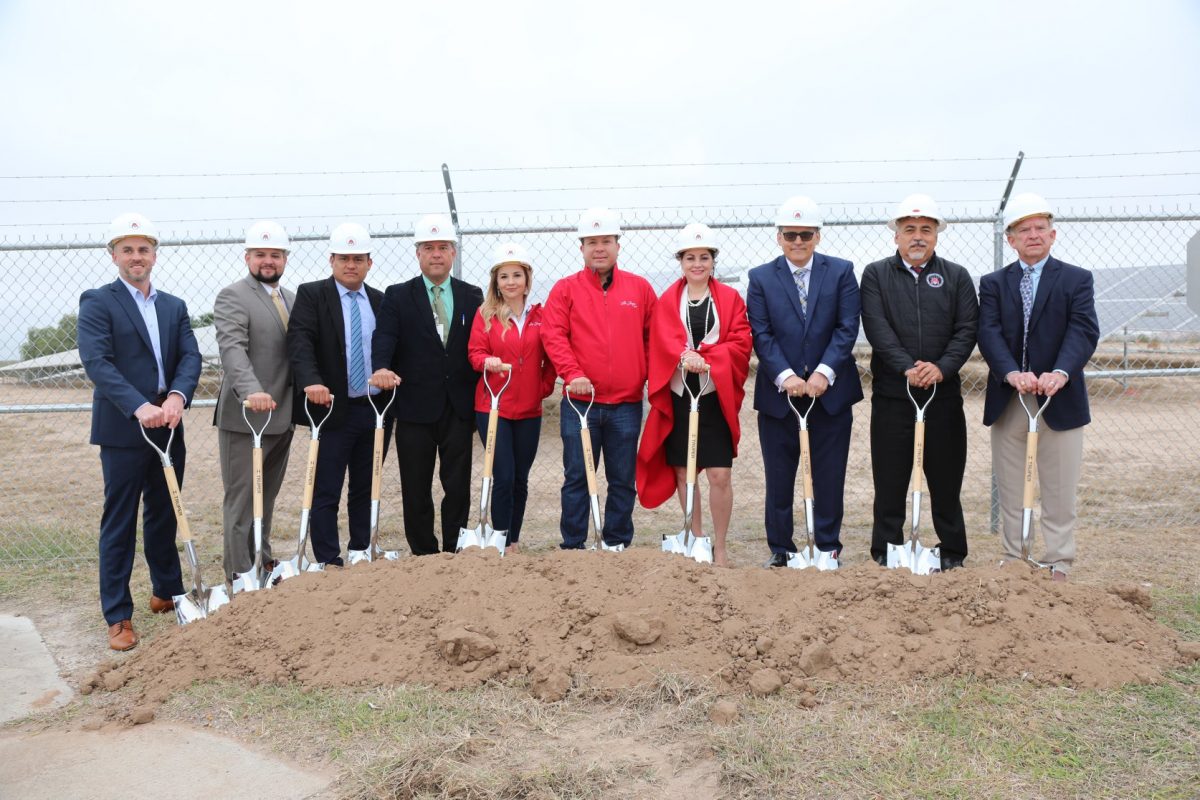 La Joya ISD administrators and members of the school board posed for a photo with representatives from Performance Services Inc. during a groundbreaking ceremony for Phase II of the energy savings project in 2020. Jose Luis Morin, third from left, later pleaded guilty to accepting bribes. (Photo courtesy of La Joya ISD.)

As part of Phase II, which included the construction of solar arrays and the installation of artificial turf, La Joya ISD and Performance Services Inc. signed a “Performance Guarantee Agreement.”

The company guaranteed La Joya ISD would save at least $2 million a year.

As part of the agreement, La Joya ISD promised to pay nearly $341,000 in “energy monitoring” fees.

“PSI provided the La Joya ISD with Lighting, HVAC, and other improvements that dramatically improved school learning environments while significantly saving energy and other utility expenses,” Jim Adams, the general manager for Performance Services Inc. in Texas, said in a statement. “The district has already saved over $3 million in energy expenses because of these improvements. We hope that La Joya ISD will continue to receive the benefits of these improvements despite their decision to eliminate our monitoring services. Our Guarantee Agreements enable our Performance Assurance team to actively monitor the energy performance of PSI projects to ensure that our customers are receiving their optimal value.”

In 2019, when trustees approved Phase II, they voted without any public discussion of the amount La Joya ISD would borrow, the interest rate or the repayment schedule. They also failed to explain why La Joya ISD attempted to add running tracks, security gates and radios to an “energy savings” project.

Ochoa suggested they hold a workshop to discuss the project, but her concerns were brushed aside.

Information that surfaced in a series of federal corruption cases, however, may explain why the school board rushed to approve Phase II.

In the case against Morales, prosecutors referred to Performance Services Inc. as “Company A.”

“It was a part of the conspiracy that MORALES would conspire with others to award kickbacks and bribes directly and indirectly to co-conspirators in exchange for official votes and motions in favor of contracts proposed by Company A,” according to the criminal information against Morales.

“It was further part of the conspiracy that Person A would facilitate Company A’s selection of subcontractors at the direction of MORALES or other co-conspirators,” according to the criminal information. “Several subcontractors would route bribe and kickback payments to MORALES and co-conspirators as a condition of their employment.”

Garza and Morales, who pleaded guilty to conspiracy charges, aren’t the only people who participated in the scheme.

Guajardo received at least $275,000 during the conspiracy and confessed to “committing overt acts that caused the distribution of thousands of dollars received to multiple co-conspirators who were serving as La Joya ISD trustees and a co-conspirator who was also serving as an administrator at La Joya ISD.” 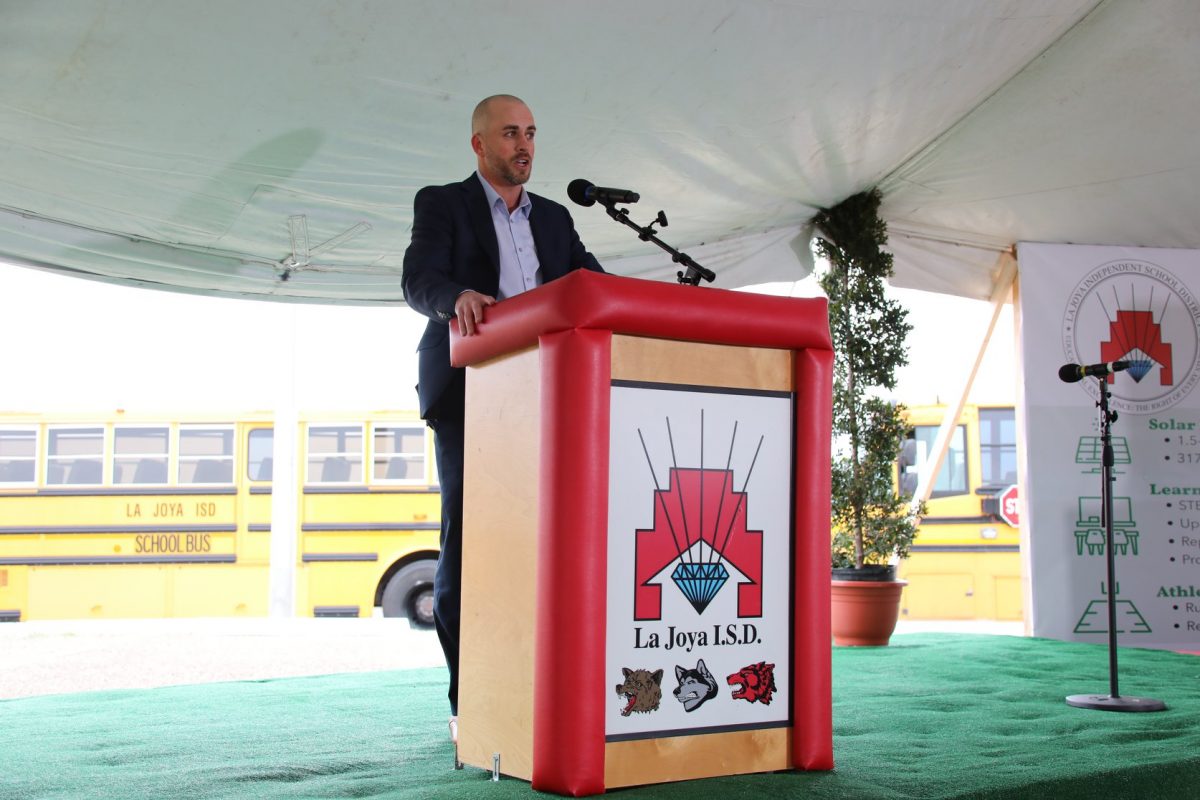 Neither the court documents nor the prosecutor identified the trustees by name.

“In 23 years of operations, there have been no accusations that PSI nor any of our employees have ever acted in an illegal manner on any of our past 604 projects,” Adams said in a statement released on Jan. 11. “PSI has not nor will we tolerate any illegal behavior by our employees, partners, or subcontractors.”

The information, though, convinced the school board to cancel the agreement with Performance Services Inc.

“It’s the right thing to do,” said board President Alda T. Benavides. “That company is so entangled with our district and other entities that it was in the best interest of the district that we terminate our association with them.”

Trustees brought up the issue, Benavides said, and made the decision after consulting with attorneys.