Historically speaking, state championships have not only been few and far between for Valley high school teams and individual athletes, but they’ve actually been extremely hard to come by. That is what makes the fact that Mission and Mission Veterans high schools both had powerlifters claim gold medals at the Texas High School Women’s Powerlifting Association (THSWPA) 2022 State Championships last week so amazing. And the fact that they both brought home the gold in the same weight class makes it an even more amazing accomplishment. 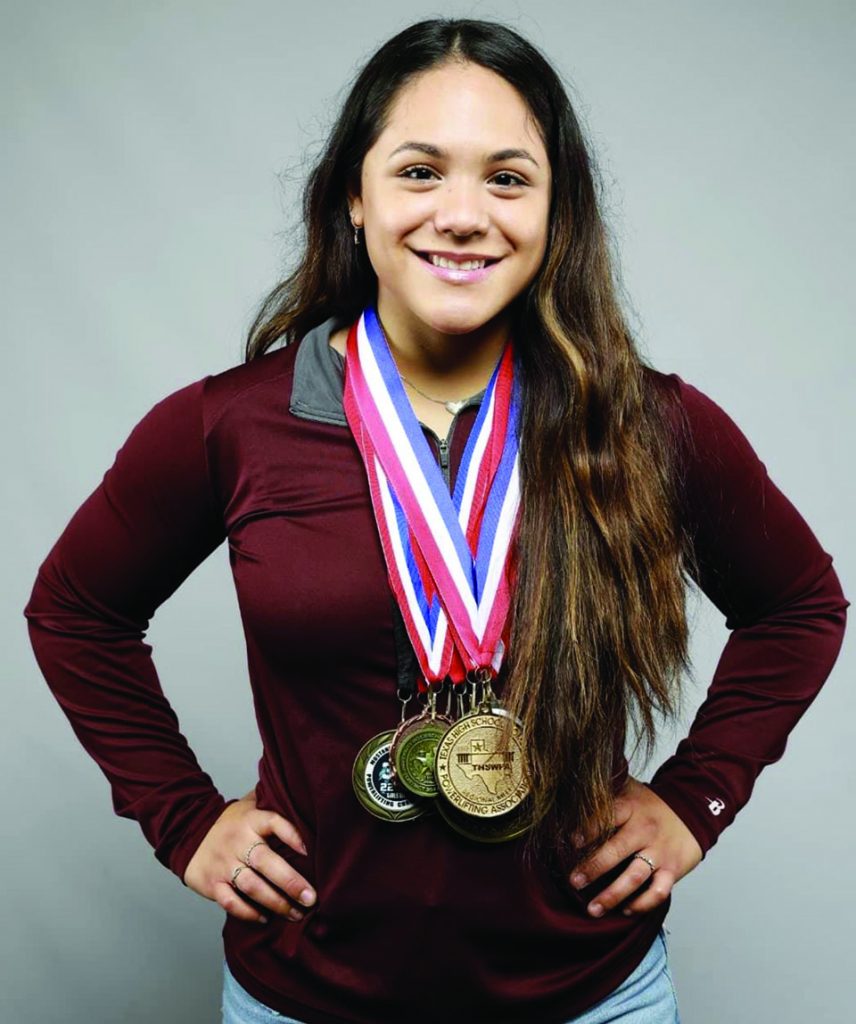 Just over three weeks ago, Mission High’s Brianna Marquez and Mission Veterans’ Deseray Rodriguez went head to head against each other in the 2022 THSWPA Region V Championships held at Bert Ogden Arena in Edinburg. That was because that particular meet featured 5A and 6A lifters competing against each other and because both girls compete in the 148 lb. weight class.

Little did anybody know at the time, that two state champions would emerge out of the 39 girls entered in that weight class and that they’d both be from Mission. But Marquez, who claimed the regional championship, and Rodriguez, who came in two spots behind her to claim third place at Bert Ogden Arena, made that happen last week. 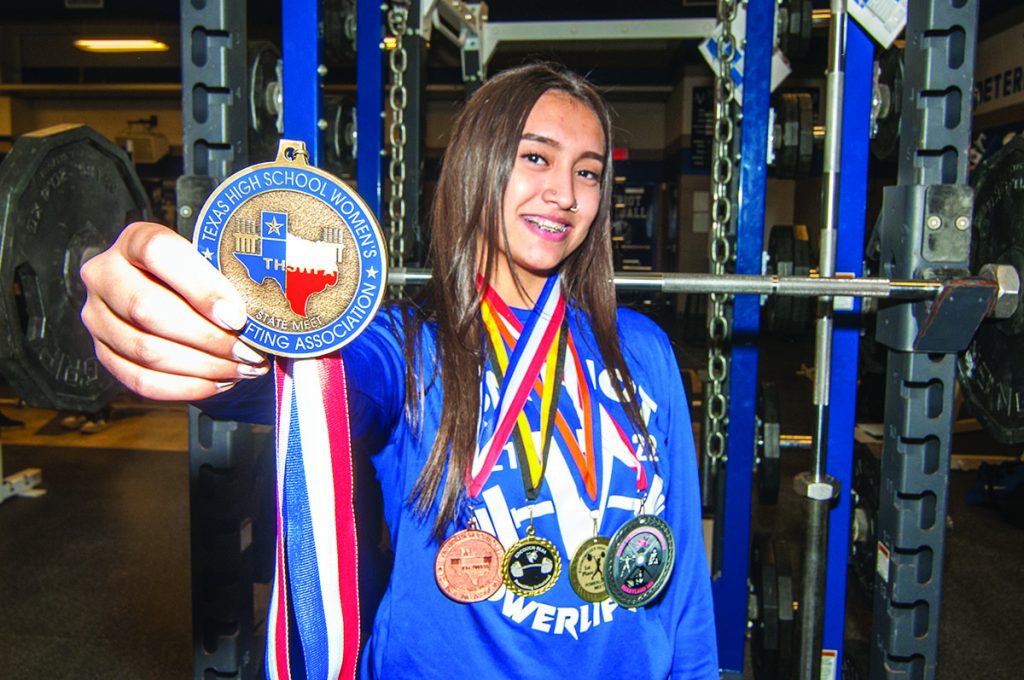 In her sophomore year at Mission Veterans High School, and in her first year of competitive powerlifting, Rodriguez has reached the pinnacle of Texas high school powerlifting by claiming state gold. As improbable as a first-year lifter taking the gold medal may be, Mission Veterans’ head powerlifting coach Randy Castaneda knew all along that she had a state championship in her.

“From the very beginning, as soon as she came in I told her right away that she would be able to compete for a state championship from the first day,” Castaneda said. “It (the state championship) was a battle but she was able to do that and be very successful out there.”

As a sophomore, Rodriguez has two more years to compete and while she may not be able to surpass what she accomplished this year, Castaneda has high expectations for her and he has already spoken to her about what to expect here on out.

Rodriguez, who was talked into taking up powerlifting competitively by her father after he saw her lifting weights, never thought she could win a state championship despite what her Dad and her coach were telling her.

“I didn’t believe it,” Rodriguez said. “I didn’t think I was going to make it this far. I’m always going to remember this because it’s crazy. I never thought it would happen.”

In the sport of powerlifting, each lifter’s score is determined by combining the totals of their best of three lifts in three events; squat, bench press and deadlift. Rodriguez lifted a total of 890 lbs. at the state meet by squatting 345 lbs., bench pressing 180 lbs. and deadlifting 365 lbs.

Rodriguez skipped her third deadlift attempt because she knew that her second attempt clinched the state championship for her. The fact that she was in third place after the squat and then dropped to fifth place after the bench press meant that she had to come from behind to take home the gold; and that is exactly what she did to become only the second Lady Patriot powerlifter to ever win a state championship.

Like Rodriguez, Mission High’s Brianna Marquez’s father played a role in getting her into powerlifting. However, as Mission head powerlifting coach Scott Guzman explained, Marquez comes from a lineage of weightlifters so she took up weightlifting at a much younger age than Rodriguez did.

“She’s got a really good family background,” Guzman said. “She’s also into some type of Olympic lifting where she was supposed to travel to Puerto Rico but I believe she’s going to Mexico now for U.S. Olympics. She’s number eight I believe in the state in her weight class.”

“She’s been in the weight room her whole life,” Guzman added. “Her dad kind of groomed her for it so that’s what she’s been brought up to do. She knows more than the layperson when it comes to the weight room.”

As a junior who’s been powerlifting for the Lady Eagles since she was a freshman, Guzman failed to qualify for the state meet her previous two years.

“My freshman year I had the numbers, but I didn’t make weight up there at regionals when I was competing at 132 (lbs.) so I couldn’t go (to state),” Marquez said. “And then my second year, I was like, ‘OK I made weight and I’m in a new weight class, I’m ready,’ and then I bombed out on squats.”

By winning the regional championship in the 148 lb. weight class earlier this month, Marquez left nothing to chance in regards to qualifying for the state meet this year.

“It felt good (to win the regional championship),” Marquez said. “I just wanted to make sure to make every lift count because I really wanted to make it to state. So every single lift I was like, ‘Just try,’ And I was actually in a fighting spirit to actually try and to push myself every lift and it went well and I was so happy.”

When asked what it felt like to win a state championship, Marquez said, “I just hugged my teammates and I was really happy. I had been wanting it for a while.”

As for next year, Marquez already has a goal in mind.

Two of Guzman’s teammates finished among the top three in their respective weight classes at the 6A state meet. Aleena Chavez placed third in the 132 lb. weight class and Erika Guerrero placed second in the 259 lb. weight class.