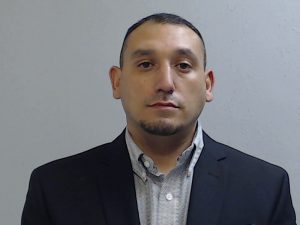 Ricardo Garza, 38, of Mission is charged with indecency with a child-sexual contact, a second-degree felony. (Photo courtesy of the Hidalgo County Sheriff’s Office.)

Garza is charged with indecency with a child-sexual contact, a second-degree felony. Justice of the Peace J.J. Peña set bond at $75,000.

After his arrest, La Joya ISD placed Garza on administrative leave with pay.

“We are aware of the incident that has occurred at Camarena Elementary by one of our Physical Education Teachers. Employee was charged and arrested,” according to a statement released by La Joya ISD. “Proper notifications to affected parties and agencies have been made. This is an ongoing investigation and we will not be able to provide further details.”