Rattlers onto regional tourney after home victory over CC Vets

MISSION — Sharyland High started strong and finished even stronger to take down Corpus Christi Veterans 3-2 at home on Friday night.

The third-round victory was extremely hard-fought as the two Class 5A heavyweights did battle at Richard Thompson Stadium. 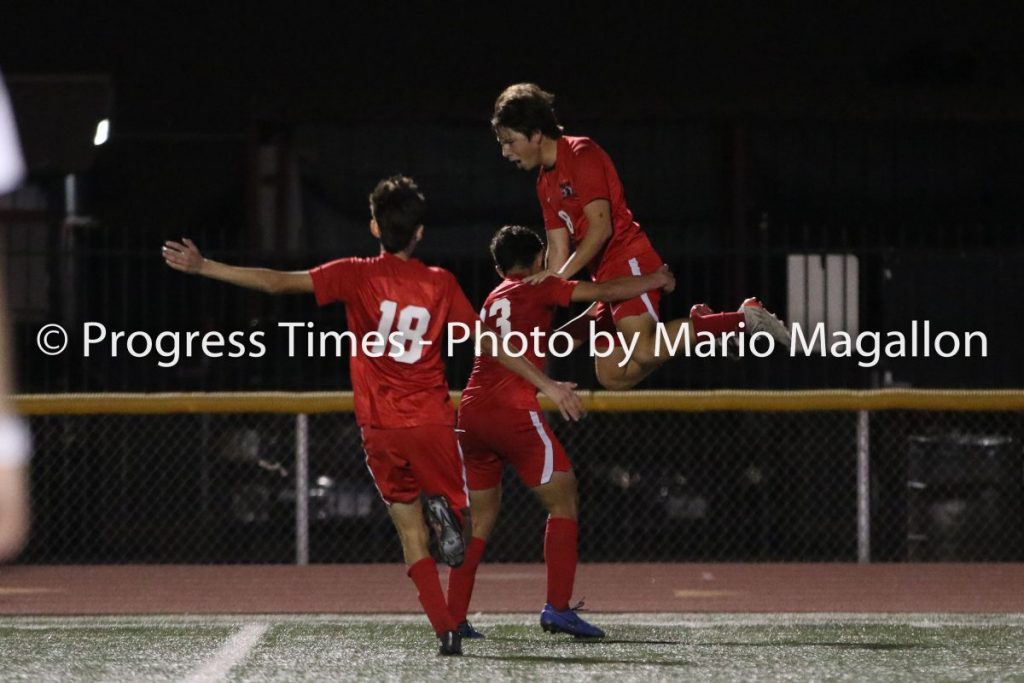 A late goal by red hot Juan Pablo Treviño with 12 minutes to play was the clutch kick needed to take the Rattlers to a place they haven’t been since the 2012 championship season…round four, Regionals.

Treviño, a sophomore, scored twice in the area round and scored the biggest goal of his young career on Friday. Gilberto Torres took a shot from range and the opposing keeper left a rebound that was up from grabs. Treviño made the effort, the hustle and the finish to give the Rattlers the winning goal, sending the home crowd into a frenzy.

“We know what we have to do and lucky it was me that executed, but it was a team effort,’ Treviño said. “It’s really special. I think this is the game I’ve had here with the most people. It was pretty fun, I like seeing my friends and family out watching us. It’s an honor wearing this shirt, representing this shield and defending these colors.” 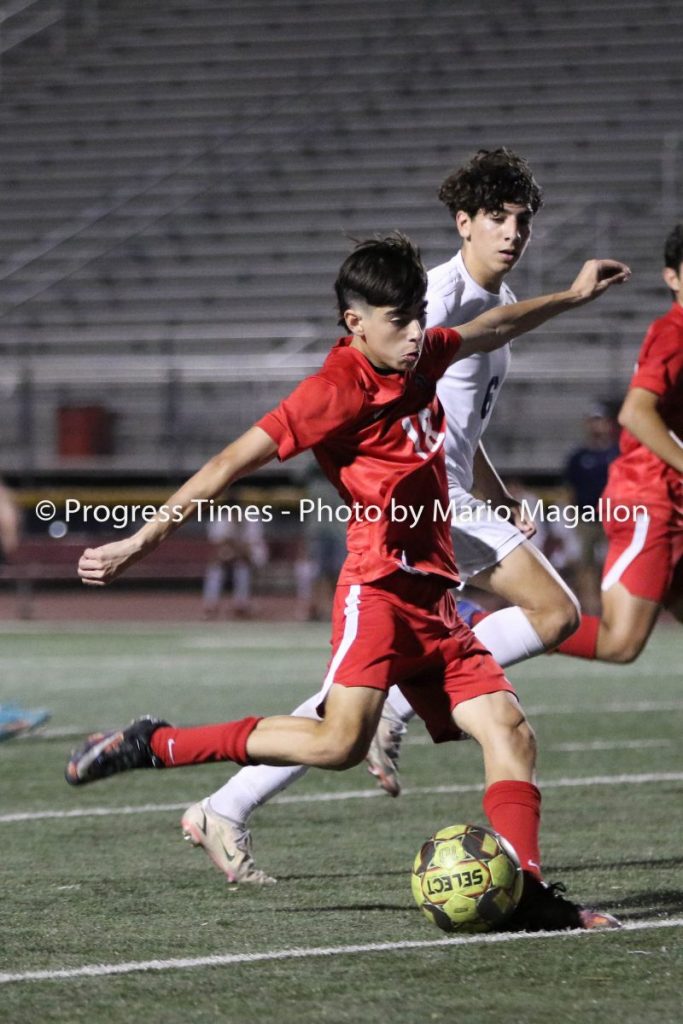 Shary came into the match riding high with a PK win over Brownsville Lopez and a two-goal victory over Rio Grande City. Vets also came into the game with tons of solid performances behind them. The Eagles were 16-0 in district play and outscored opponents 9-1 in two playoff victories.

The momentum was full-steam ahead for Shary to start the game but smooth sailing didn’t last all match. A 2-0 lead was trimmed to 2-1 right before the half and by the early second half, the Veterans Eagles had knotted the match.

“We tell them before the game ‘just imagine something negative happening. We’re down or they are tying us and we ask ‘How are you going to react?’” Coach Guerra said about the team’s training to be resilient at all times. “How we react to adversity is a talking point and our guys really pulled through.”

When Sharyland’s offense was clicking and moving the ball it was a joy to witness. Midfielders Eliud Villarreal and Torres pushed the pace but it was Alan Guerrero who filled the role of facilitator.

With 25:08 to play in the first half, Jose Sanchez scored on a beautiful feed from Guerrero, who centered the ball from the keeper’s left.

If the crowd wasn’t pumped up enough Guerrero made another strong play two minutes later to set up another tally. This time he laid the ball to the feet of Villarreal who was making a run and made no mistake with a hard, low shot the Vets’s keeper couldn’t contest.

“I want to give all glory to God,” Guerrero started. “Those assists, they are teamwork. Without the team, I wouldn’t be able to give that pass and I was glad they were able to capitalize on the opportunities. Having all these guys [on offense] is just a blessing. They’re all great athletes.”

Sharyland is a soccer program with a lot of tradition and the energy was palpable in the stands. A huge student section turned out, plenty of previous players, coaches and ISD staff were on hand to watch this strong version of Rattlers soccer.

The defense has been a quietly massive part of the team’s success. Quiet is a good thing when Shary defenders can take what looks like an exciting chance and turn it into a routine takeaway or kick the ball out of play before danger erupts. 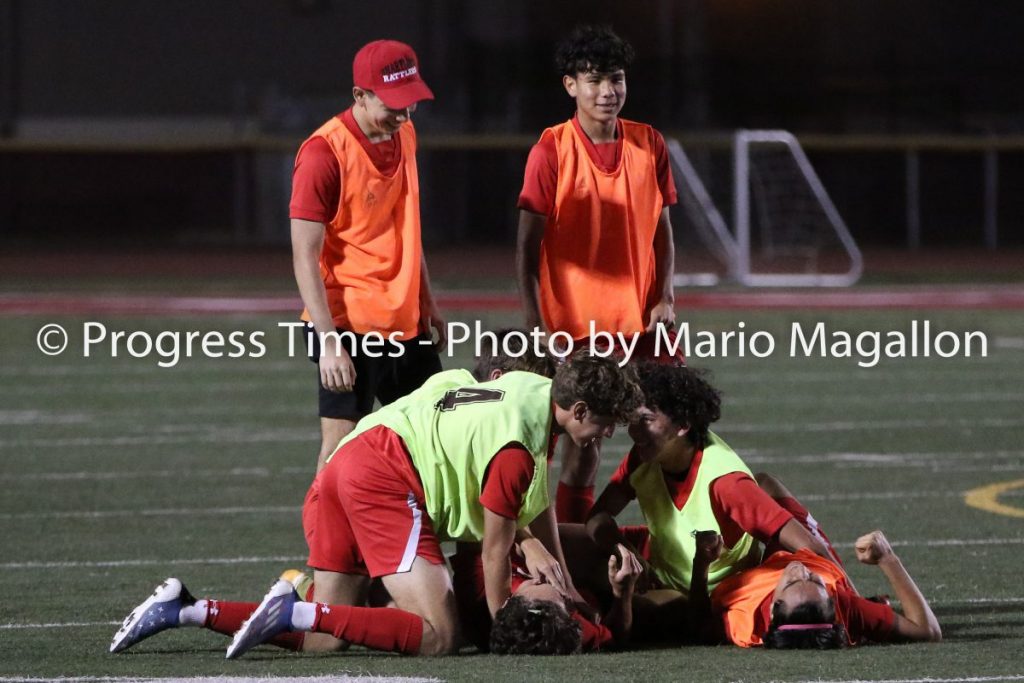 “Our defense has been our strongest part I believe,” Coach Guerra said. “We were struggling offensive during the regular season and we were staying in the games because of our defense. Everybody that gets the minutes really steps in and does a wonderful job.”

The final 12 minutes protecting the one-goal advantage was both frantic and painfully slow at the same time. But the Rattlers’ players continued to play a calm, cool and collected brand of soccer than got them to this point.

“I’m thankful to be a part of this great group of guys,” Guerrero said. “I love these guys, I love this crowd it’s amazing. I feel like we broke a barrier. We started getting it together, acting as a family and it’s a special bond.”

Sharyland will continue its hunt for another star on the jersey, another state championship next Friday and Saturday at the Class 5A regional tournament hosted at Corpus Christ’s Cabaniss Soccer Field.