The La Joya EDC board hired attorney Marco A. De Luna of Mission during a meeting on March 31. De Luna replaced attorney Jose L. Caso of Edinburg, who resigned in February to focus on federal work.

“When Mr. Caso decided to resign, it came out of left field,” said Mayor Isidro Casanova, the chairman of the La Joya EDC board. “We weren’t expecting it. So I met with Mr. De Luna.”

Casanova said he asked De Luna to assist the La Joya EDC, which needs an experienced attorney to advise the board and handle a pending lawsuit.

“We need a lot of legal advice. We’re trying to catch up on everything that’s going on,” Casanova said. “And we need somebody with the knowledge and the background to help us and guide us, to lead us to what it is that we need to do.” 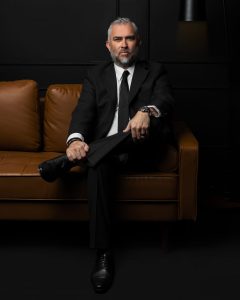 De Luna said he was happy to help.

“For me, it’s never been about the money,” De Luna said, adding that he just wanted to serve the community.

Along with attending board meetings, De Luna will assume responsibility for a lawsuit against former Mayor Jose A. “Fito” Salinas and seven other people accused of defrauding the La Joya EDC.

Fito Salinas served on the La Joya EDC board with former City Administrator Mike Alaniz and John Pena, a local businessman. According to the lawsuit, they participated in a conspiracy to defraud the La Joya EDC by loaning more than $600,000 to Arcoiris Daycare LLC, a company owned by a local couple.

Frances Salinas, the mayor’s daughter, was a consultant on the daycare project.

In June 2021, she confessed to soliciting kickbacks from subcontractors and pleaded guilty to a federal wire fraud charge.

Pena and Alaniz denied any wrongdoing.

The La Joya EDC, however, didn’t believe them — and filed a lawsuit in March 2021.

Hidalgo County Court-at-Law Judge Armando Marroquin signed a default judgment against Frances Salinas and Alaniz in February 2022, holding them “jointly and severally liable” for $613,662 in damages.

After the judgment was signed, an attorney who represents Alaniz filed a motion for a new trial because the lawsuit identified him as “Miguel ‘Mike’ Alaniz” instead of “Mike Alaniz.”

De Luna said he would meet with the La Joya EDC board about the lawsuit but couldn’t make any comments about pending litigation.