Dario Marquez, 36, of Rio Grande City is charged with driving while intoxicated, a Class B misdemeanor.

Starr County District Attorney Gocha Ramirez, who oversees the HIDTA task force, said he plans to meet with Marquez about the arrest today.

“How he conducted himself at the scene is going to be important on how I handle the discipline on this case,” Ramirez said.

Marquez was arrested at approximately 2:30 a.m. Sunday, when the trooper stopped him for speeding on Interstate 2 in western Hidalgo County. 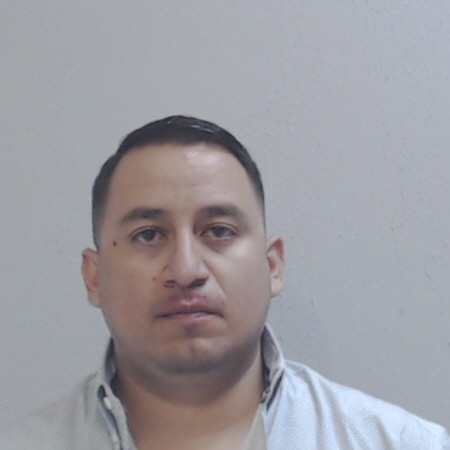 According to the report submitted by the trooper, Marquez was traveling 101 mph in a 65 mph zone, said Lt. Christopher Olivarez, a spokesman for the Texas Department of Public Safety.

Marquez, who said he drank two 24-ounce beers at a concert, had slurred speech, glassy eyes and smelled like alcohol. The trooper also found an empty beer can in the center console.

The trooper asked Marquez to perform a standard field sobriety test and blow into a portable breath test.

Olivarez said the portable breath test showed Marquez had a blood alcohol concentration of 0.14, significantly above the legal limit of 0.08.

The trooper arrested Marquez on suspicion of driving while intoxicated and transported him to the Palmview Police Department for an Intoxilyzer test.

Marquez, though, refused to provide a breath sample for the Intoxilyzer machine, Olivares said. That forced the trooper to request a warrant for a blood sample.

Officers booked Marquez at the Hidalgo County jail at 7 a.m. Sunday. Marquez was released at 2:49 p.m. after he posted a $2,500 personal recognizance bond.