The Agua Special Utility District may request that former Peñitas City Manager Omar Romero, who bribed a member of the utility board, pay at least $30,000 in restitution.

During a meeting last week, the utility board authorized General Manager Roberto J. Salinas to submit a formal request for restitution. First, though, the utility district must review payments to Romero, who sold water tanks to Agua SUD.

Romero owned ST Infrastructure Group, which sold a 201,500-gallon water tank to Agua SUD in September 2017, according to documents released under the Texas Public Information Act. The utility district paid $245,000.

Agua SUD purchased another water tank from ST Infrastructure Group in January 2018. The utility district agreed to pay $212,500 for the second tank.

In November 2021, when he pleaded guilty, Romero admitted that he fraudulently charged Agua SUD nearly $32,000 in storage fees. 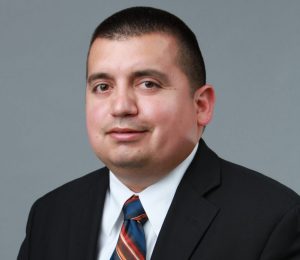 Romero also confessed that he bribed a member of the utility board.

Romero also provided at least $42,500 to an intermediary, which he believed “would be partially used to deliver compensation or influence to Agua SUD board members for their respective votes,” according to the factual basis for the plea.

Documents filed in the case against Romero don’t identify the board member or the intermediary by name.

Whether or not Agua SUD actually needed the second water tank also may become a point of contention.

The U.S. Probation Office sent Agua SUD a letter dated Dec. 30, which provided the utility district with information about the restitution process.

“It was sitting in an envelope,” said attorney Matthew R. Beatty of Austin, who represents Agua SUD.

How much Agua SUD requests in restitution will depend on the results of an internal review. The restitution amount must be supported by documentation and will be subject to court scrutiny.

Agua SUD could request nearly $32,000 for the storage fees or make an argument that Romero should pay restitution based on the storage fees, bribes and cost of the second water tank — if the utility district never actually needed it.

“The storage fees are the sine qua non of his plea,” McHugh said.

The factual basis for the plea, however, isn’t the full story, McHugh said. Romero plans to provide the court with more information at sentencing.

“He is looking forward to his next day in court,” McHugh said. “And putting in context his plea of guilty.”