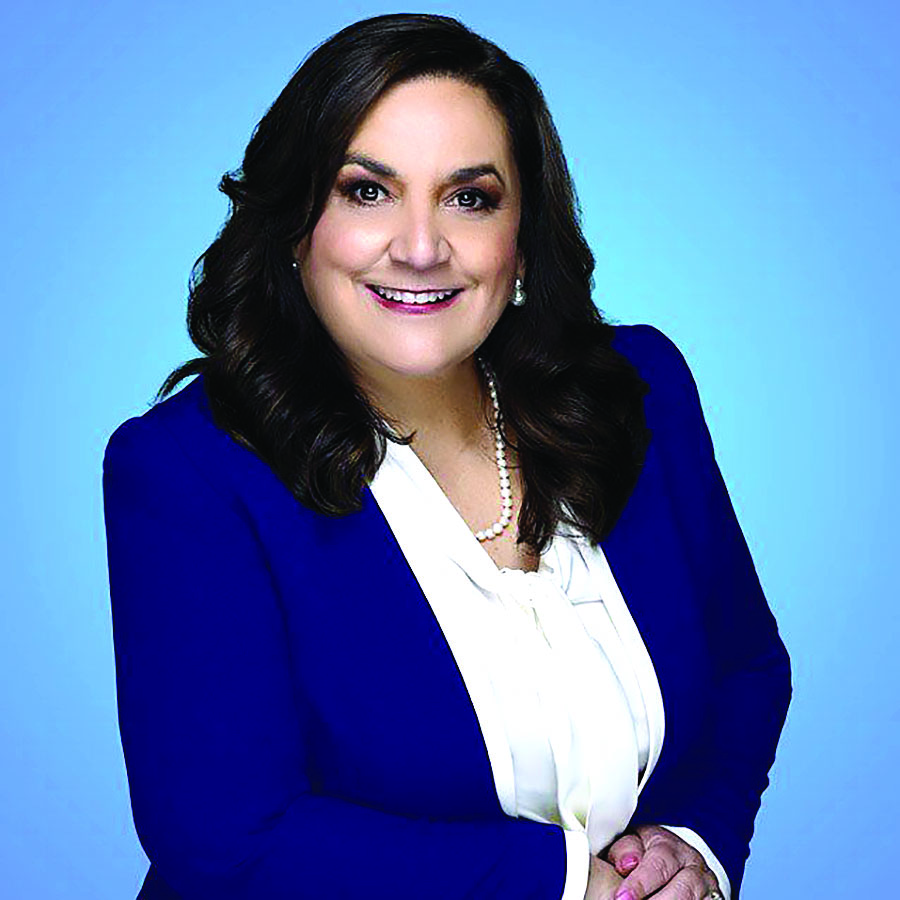 THE COUNCILWOMAN
At 15 years, Norie Gonzalez Garza is currently the longest-sitting member of Mission City Council. The real estate broker has served the Mission community in various capacities — nine years as a Mission CISD trustee, about 14 years as a member of the planning and zoning commission and 40 years as a business owner.

Gonzalez Garza said she is running for mayor because she thinks it’s time to bring a different perspective to the role, and she is the one qualified to make that happen. With her background in real estate, her expertise lies in land development and sales property management. She wants to use this knowledge to expand Mission’s infrastructure to the undeveloped areas.

“I think that we, as a city, should invest in infrastructure so that when big companies knock on our door, we’re ready to roll. They don’t wanna come in, look at something and say, ‘Well, it’s not ready. We can’t build it for another two or three years.’ They’re wanting something that they can break ground immediately,” the mayoral candidate said. “I have that ‘Build it and they will come’ philosophy.”

If elected, the 62-year-old said her immediate priority is securing funding to address the city’s drainage issues. The city currently has seven high-priority drainage projects in the works, but there are 72 areas to address, according to a 2020 drainage assessment. Gonzalez Garza said the city has monies held in a bank for possible future needs for the Madero Bridge that she would like to redirect toward drainage issues.

Another matter she would immediately bring to the table is a policy guaranteeing that any large project would be bid out — a process city council is currently able to circumvent through government code.

Additionally, she wants to restructure council meetings to give the public a better opportunity to comment on matters, and she wants to implement mandatory training for incoming city council and board members. Since she has been on city council the longest and previously held a position on the P&Z commission, she noticed a lack of city knowledge, which can cause issues when it comes to decision-making, and she wants to shorten the learning curve.

Gonzalez Garza said it was a difficult decision to run for mayor, but she wanted to give the citizens of Mission more options when selecting a leader.

“Someone in conversation told me, ‘You know, if you become mayor, those decisions are gonna be difficult.’ And my answer to that was, ‘Well, don’t believe so,’” she said. “Because if you’re making a decision in a manner which is gonna be the best for the city, then it should be an easy answer.” 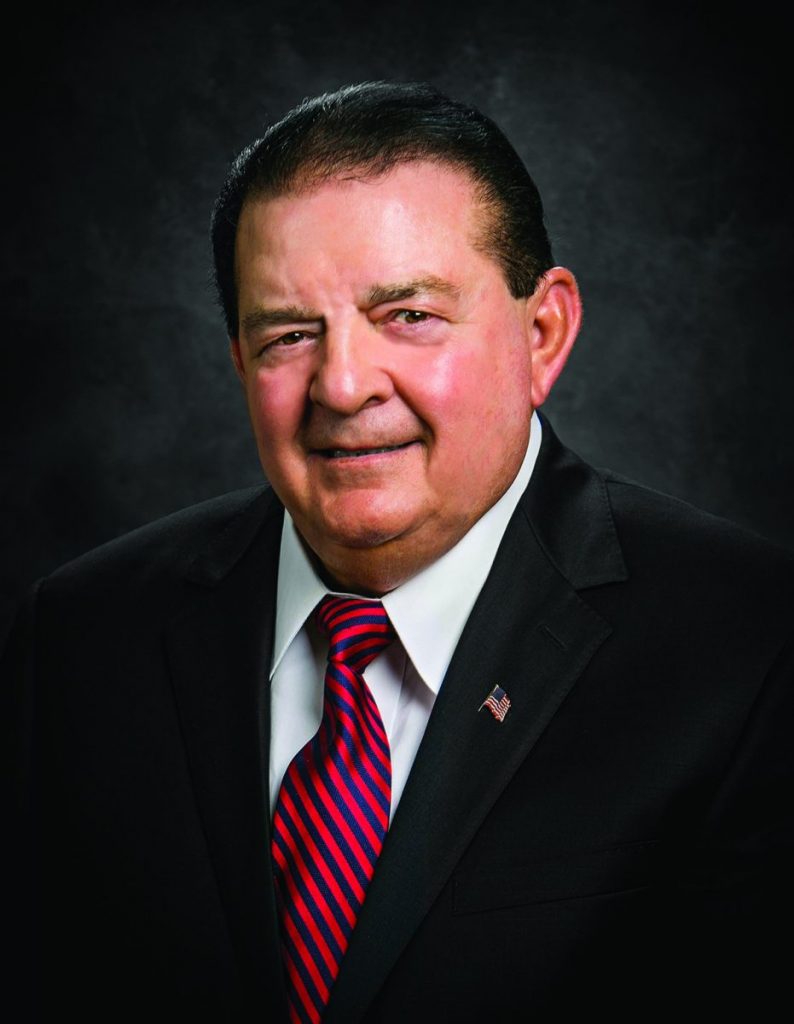 THE FORMER MAYOR
During the last mayoral election in 2018, O’Caña narrowly beat out Beto Salinas — Mission’s mayor of 20 years — with 157 votes. Salinas contested the results, claiming O’Caña’s campaign used bribery to influence constituents. The two sides entered a two-week trial which ultimately led to the 13th Court of Appeals siding with O’Caña, stating Salinas did not prove his case. But the former mayor has maintained the election was stolen from him.

According to Salinas, he has not seen any city leadership in the last four years, but he is determined to bring Mission back to where it was when he was mayor. Some of those accomplishments include the construction of the Anzalduas International Bridge, new city buildings and homes and city parks developments.

“We did so many things that I’m so proud of that I don’t think nobody else is gonna be able to beat this list [of accomplishments] because there’s nothing to be done because we did it all,” Salinas said. “What I’m going to do this coming election is just to take care of communicating with people and their needs.”

The 75-year-old promises continued growth and tax deductions if elected into office. This year is the first fiscal year since 2018 that Mission did not increase the tax rate. It stands at a $0.5299 per $100 valuation, but before then, city leaders had not raised taxes since 2011.

Salinas’s platform is also heavily dedicated to local law enforcement. He stated officers will receive a $6,000 raise in his first year as mayor and a 3 percent raise every following year for 5 years. Additionally, he wants to work on improving insurance for all city employees to pay for high-cost illnesses such as cancer.

But the former mayor did not specify how he would be able to grow the city, increase pay for Mission Police and Fire and reduce taxes; he said he just knows how to do it because he did it before.

“When you have a mayor working together with the [Economic Development Corporation], and you start working and raising the values, getting new buildings, new homes, new businesses — the way we did when I was mayor — and when you know how to work your budget, I’m telling you that I can get you what I’m telling you, and still lower the tax rate,” Salinas said. “But you have to know how to do it. And you have to be a full-time mayor, and you have to have communication with the city manager at all times, and also with the city council and also with the people of Mission, and telling them how we need to be able to take care of business.” 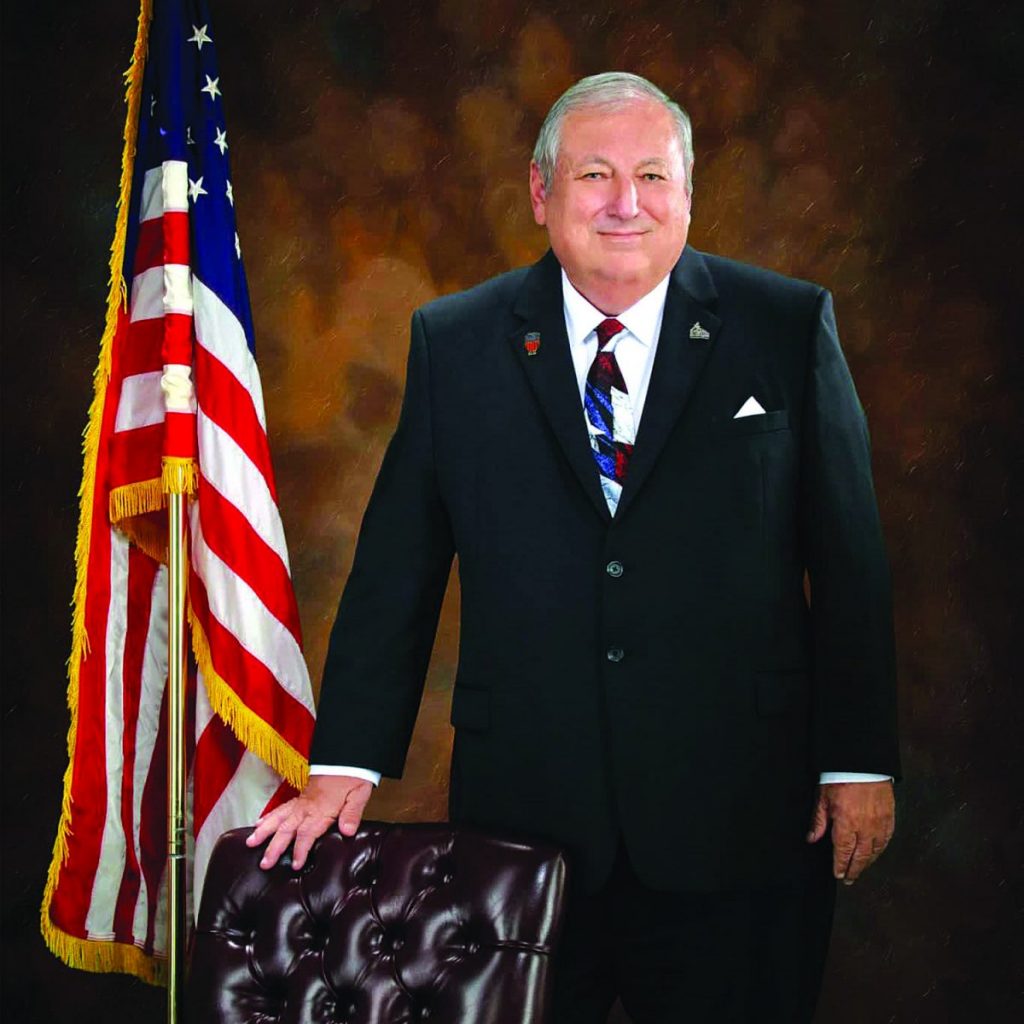 THE CURRENT MAYOR
When Dr. “Doc” O’Caña ran for Mission mayor four years ago, he said he would only serve a maximum of eight years; that is still the plan. The current mayor said his platform is straightforward, he has more than 50 projects in the works, and he wants to see them through to completion.

Since taking office in 2018, O’Caña’s administration has implemented a mental health unit for Mission PD, began working on projects to improve drainage issues, transitioned to a fire-based EMS system and partnered with real estate company Killam Development to expand infrastructure. The 68-year-old said he hopes to bring more of the same to Mission.

Although Mission has experienced growing pains in recent years due to increased population and increased development, it has resulted in an increased tax rate. But the mayor said it has all been to improve how the city serves its residents.

“If you’re reducing your cash flow, obviously you have to reduce your funding,” O’Caña said. “I’m not saying that I’m gonna be raising taxes, but I’m gonna put all options on the table for us to fund the city the way it’s supposed to be funded, and all departments, so they can cost-effectively and efficiently provide customer service to our community on a daily basis.”

Also under O’Caña’s administration, the city entered into a contract with Performance Services Inc to upgrade Mission’s utility system. Other entities and municipalities in Hidalgo County entered into similar contracts with PSI. Mayoral candidate Norie Gonzalez Garza was one of two council members to vote against the partnership. Since then, PSI was served with a lawsuit and is under federal investigation for fraud. Mission is still tied-up in litigation concerning the matter.

Regarding rumors of misappropriated funds, O’Caña dispelled them, mentioning none of the yearly independent audits have indicated foul play. Despite the PSI matters, he is proud of his time in office and wants to continue to serve as Mission’s leader for four more years. 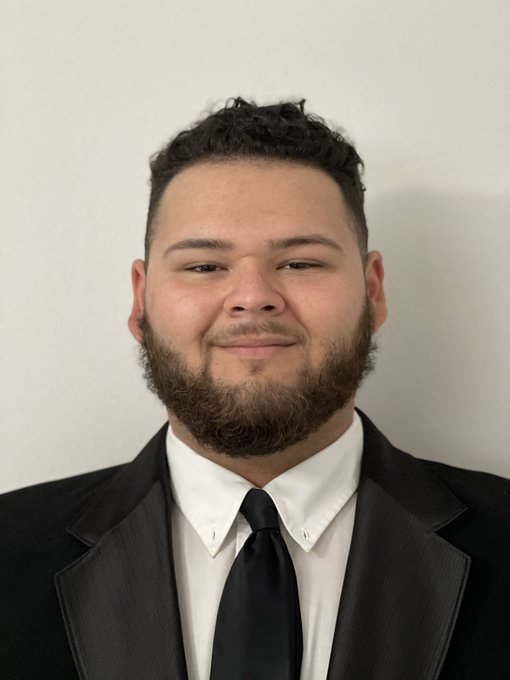 THE 22-YEAR-OLD
Victor Anzaldua knew he wanted to be the mayor of Mission since he was a little kid helping his dad cut yards around town. He’s a self-proclaimed helper and has been all his life.

The 22-year-old’s father was a maintenance worker and groundskeeper for the city for 26 years before retiring, but he still picked up side gigs to bring more money into the household. Anzaldua, along with his four brothers, assisted with the workload. And while he worked, he got to know the people of the Mission community.

He said residents would talk about potholes in the streets, poor lighting around town and how the city needed cleaning up. And in all these conversations, he heard the name Beto Salinas.

Anzaldua comes from a long line of Missionites. He hails from Madero — what he says his generation calls “the poor side of Mission, the forgotten side.”

“We’re usually just remembered when elections come up,” he said. “Some of us have gotten used to it. But some of us, we want change.”

And he hopes to be the change. If elected, Anzaldua said he wants to focus on bringing new experiences and community events to Mission to boost the local economy, and so people won’t have to travel to nearby cities for activities.

The young candidate would like to upgrade the city, addressing the same issues he has continued hearing through the years — improving park equipment, repaving roads, adding street lights to dimmer parts of town, and possibly rolling out solar panel lights.

The Gen Z candidate is a student at the University of Texas Rio Grande Valley where he studies political science. If all goes as planned, he will graduate in May 2023 with his bachelor’s degree. But he’s hoping his age won’t deter people from casting their vote in his favor because, ultimately, his goal is to give back to the city and the people that helped him.

“I want to make a change, I want to make a difference. I’m not doing this for publicity. I’m not saying, ‘Oh, my generation is better.’ I’m doing it because that’s what I love to do, it’s what I’m studying for, and I want to help people,” Anzaldua said. “I hope that the residents of Mission give me the opportunity to show them what I can do.”

Regardless if voters elect him into office, Anzaldua says he wants to see more community engagement from city leaders outside of sanctioned events. He says longtime residents have told him they have never spoken to city council members because they are intimidated — an issue city leaders can solve if they were more approachable. If elected, the mayoral candidate would also like to take to the streets to connect with citizens and send out regular surveys to address their concerns.

And even if the votes are not cast in his favor, he will take this as a learning opportunity for the future when he runs for office again because he is passionate about being Mission’s leader.