A local Border Patrol agent convicted of violating a woman’s civil rights wants a judge to end her probation early.

Border Patrol removed her from the field and placed her on administrative duty.

“They are ready to let her go back to work, but the problem is — because she is technically on probation still — she, in her employment, is not allowed to carry a weapon,” said attorney Rey Merino of McAllen, who represents Gandarilla. “And her weapon is required for her employment.”

The case against Gandarilla started on May 6, 2018, when Border Patrol attempted to stop a car in La Joya. Agents chased the car to South Garza Street, where several people jumped out and ran away.

Gandarilla asked a woman — identified in court records by the initials “M.P.” — for permission to search a nearby house.

Gandarilla said that she didn’t remember grabbing the woman by the neck. 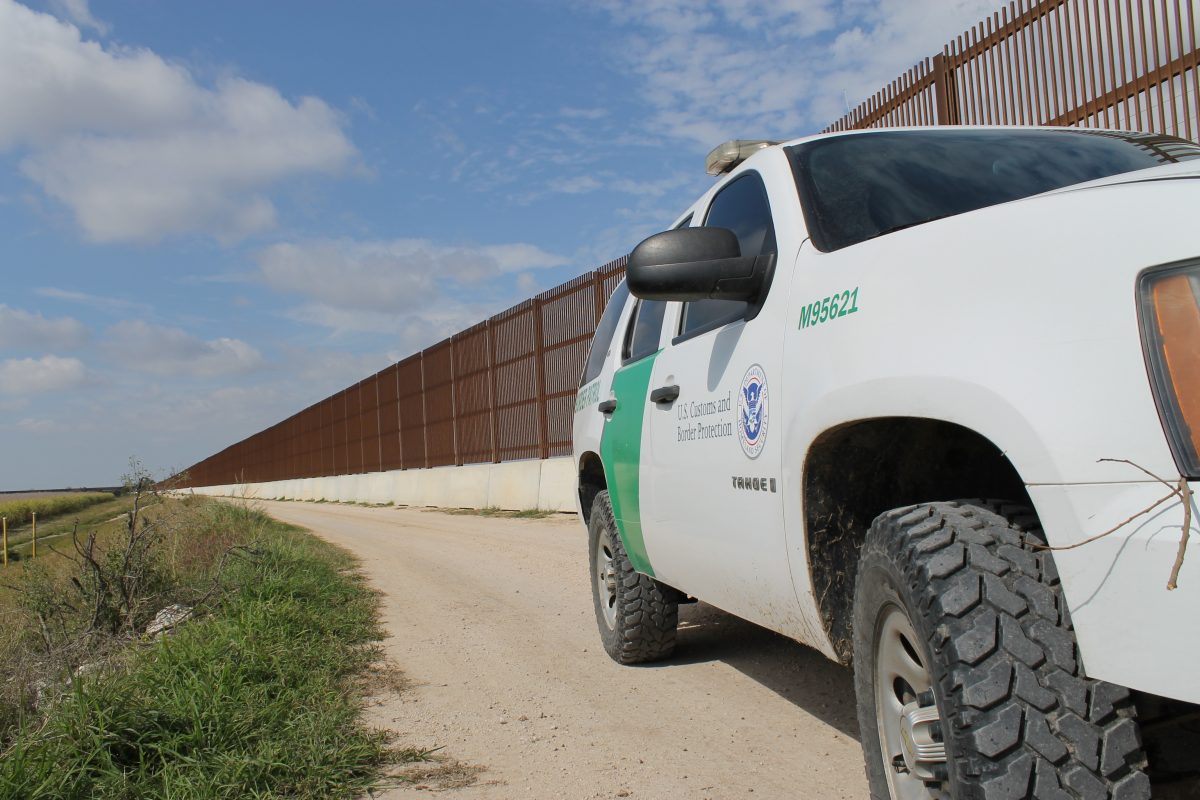 A Border Patrol vehicle near the border fence in the Rio Grande Valley. (Georgia Army National Guard photo by Maj. Will Cox via the Defense Visual Information Distribution Service.)

In January 2021, when she returned to court for sentencing, U.S. Magistrate Judge J. Scott Hacker placed Gandarilla on probation for two years, fined her $2,500 and ordered her to perform 100 hours of community service.

Citing “ongoing litigation,” a spokesman for U.S. Customs and Border Protection declined to provide any information about Gandarilla or explain why she remained employed after pleading guilty.

Merino filed a motion in January 2022, asking the court to end her probation early. Hacker held a hearing on April 28.

After she pleaded guilty, Border Patrol suspended Gandarilla for a month without pay, Merino said, and placed her on administrative duty.

“She is looking at termination unless she can return to work, full duty, which includes carrying a gun,” Merino said.

“The government never anticipated that she would be put back out in the field after assaulting a civilian in the presence of more junior Border Patrol agents,” Edwards said. “And so, your honor, the government feels like we’re getting to a point where she’s trying to escape all consequences of her actions.”

Hacker said he would take the motion under advisement.