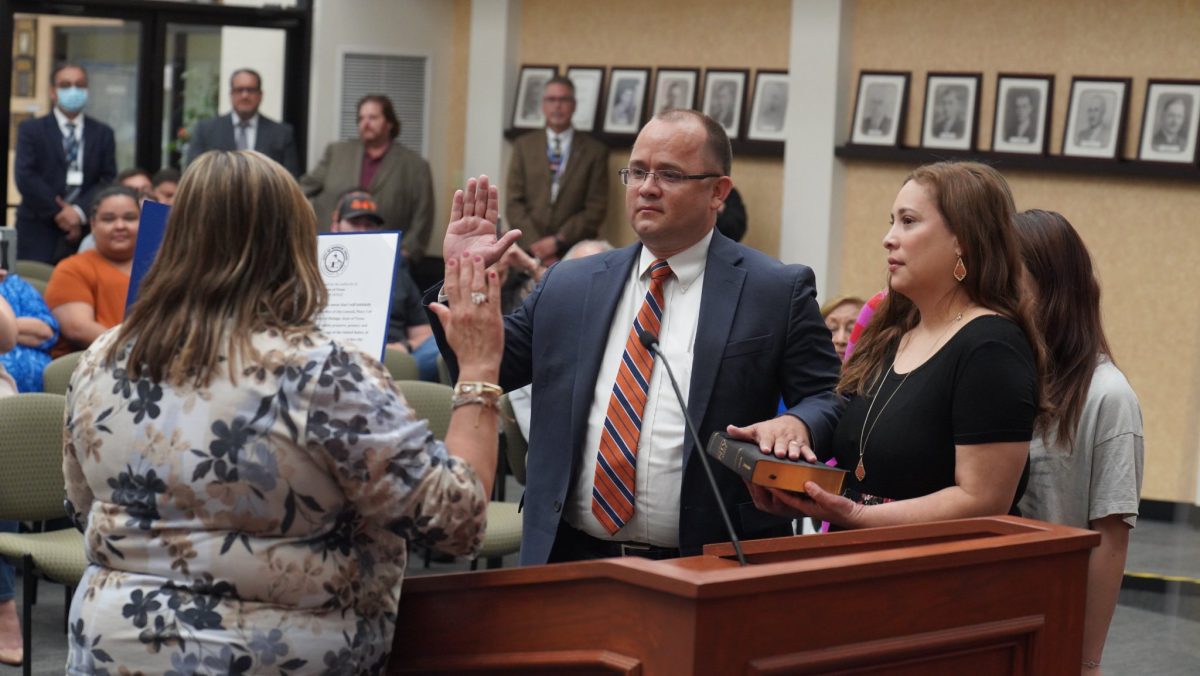 Mission City Councilman Abiel Flores took the oath of office Monday at City Hall. (Photo courtesy of the city of Mission via Facebook.)

Flores, though, didn’t show up to dispense legal advice. Voters had elected him to serve on the City Council he once advised.

Flores advised the City Council from 2015, when Mission created the city attorney position, to 2018, when he returned to private practice.

As the city’s in-house attorney, Flores became familiar with the budget process, worked closely with the city manager and provided the City Council with legal opinions.

“I got a glimpse of all of that,” Flores said. “So now I can use that experience and combine it with my own perspective, and try to make good things happen for our city.” 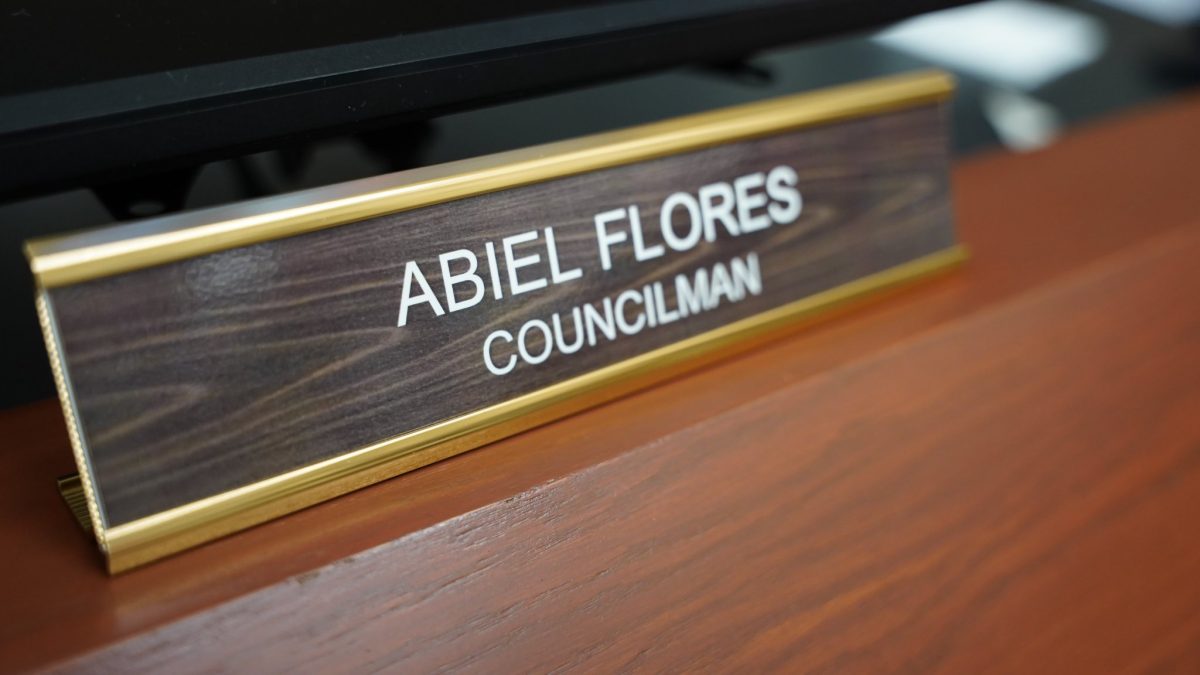 Moments after City Councilman Abiel Flores was sworn in, City Secretary Anna Carrillo placed his nameplate on the dais. (Photo courtesy of the city of Mission via Facebook.)

The results remained unofficial until Monday, when the City Council met to canvass them.

“I want to thank all of my supporters. All of the people that were out there. It wasn’t easy. This campaign wasn’t easy. There were a lot of obstacles that we had to go through. And we did it all together — all of us,” Flores said. “And even those that were not supporters, I did not consider them enemies or adversaries. They were people that wanted to participate in the process, which we should all encourage.”

None of the four mayoral candidates or three contenders for City Council Place 1, however, received a majority of the vote. 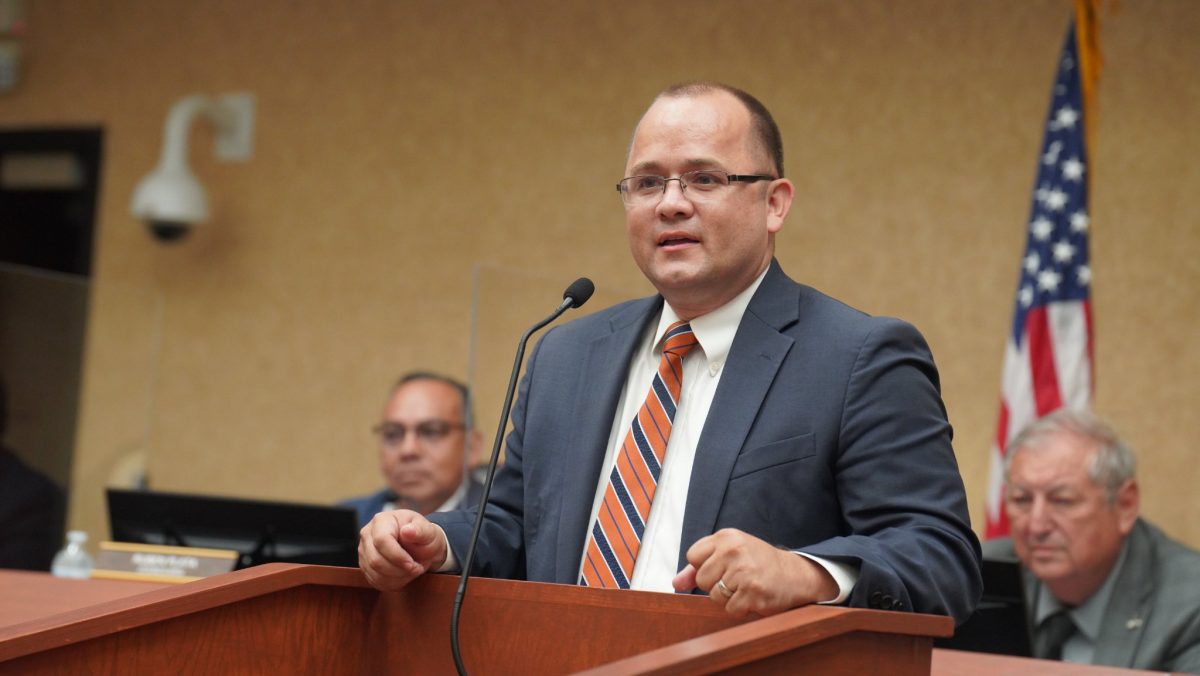 Mission City Councilman Abiel Flores addressed a crowd at City Hall on Monday after he was sworn in. (Photo courtesy of the city of Mission via Facebook.)

They go head-to-head next month, when Mission holds a runoff election.

“I want to thank everybody that came out to vote. I’m thankful for the turnout. It was a great turnout,” Gonzalez Garza said. “I hope that everybody comes back again June 11. And I hope they put their faith in me one more time.”

The City Council also canvassed the results for Place 1, which is represented by incumbent Councilwoman Jessica Ortega.