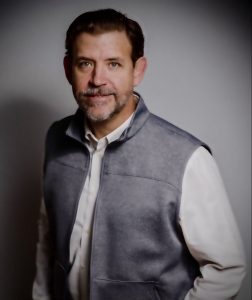 As Keith Padilla vacates his seat on the Sharyland ISD board of trustees, David Keith steps in to take over the role. The school board made the May 7 election results official at the May 17 meeting, inducting winners to their respective places.

Although Keith did not win 51 percent of the votes in his race, the district does not conduct runoffs, so he remained the winner.

Oliveira and Rivera were both incumbents, but Keith is a newcomer, taking on place 7 for the outgoing Padilla, who chose not to run for reelection. The new inductee ran on a platform based on representing teachers and coaches because he was once a teacher and coach for Sharyland ISD before moving into sales.

This election was the first time Keith ran for office. When he initially put down his name for place 7, Keith said he went back and scratched it off because he had second thoughts. But a friend gave him advice he took to heart.

“He told me, ‘Win or lose, you’re going to be blessed.’ And connecting with so many former players, students, teachers, parents, it was a blessing,” Keith said. “Thank you to the voters who chose me, even though it was only by 15 [votes], it was enough. I’m excited for what I could potentially help Sharyland ISD do moving forward into the future.”

Outgoing trustee Padilla also shared some words of wisdom with the new inductee.

“This position is really just a position. It’s always been about the institution of Sharyland, that’s why it’s always going to be successful,” Padilla said. “David, you’re joining an illustrious group of people with integrity, with character and are always looking out for the students, the kids but, most of all, the community of Sharyland.”