The Agua Special Utility District may request restitution from a former school board trustee and a businessman who pleaded guilty in the western Hidalgo County corruption case.

“They’re waiting on sentencing,” said attorney Matthew R. Beatty of Austin, who represents Agua SUD. “And as part of the sentencing process, the court can order that the criminal defendant — in addition to serving a sentence — pay back certain monies that were taken.”

The board of directors voted 6-0 to request restitution from Garza and Lancon. Director Lloyd Loya left the room and didn’t vote on the requests for restitution.

Garza pleaded guilty in January, when he confessed to participating in a conspiracy to steer energy savings contracts to Performance Services Inc., an Indiana-based company.

The conspiracy involved members of the Agua SUD board and the Mission City Council employed by the La Joya Independent School District.

Garza “supported promotions or awarding of stipends” to elected officials employed by La Joya ISD “in exchange for their official votes or support” of Performance Services Inc. projects, according to the criminal information against him. In exchange, Garza received at least $234,500 in bribes and kickbacks.

Some of the money came from Agua SUD, which approved a contract with Performance Services Inc. in 2018.

M. Garcia Engineering received $223,237.68 for monitoring Phase I of the Agua SUD project, according to documents released under the Texas Public Information Act.

Morales and Romero struck deals with prosecutors and pleaded guilty to public corruption charges. Garcia pleaded not guilty to theft.

The transactions “were layered to conceal and disguise the bribe and kickback payments,” according to the criminal information against Garza.

A person employed by Performance Services Inc. promised to buy water meters from Aqua-Metric if the company hired certain people, including a member of the La Joya school board, Lopez said.

Lancon agreed. In February 2020, the company followed through by paying about $15,000 to someone related to the school board trustee.

Lopez didn’t identify the school board trustee by name, concerned that identifying the trustee would allow people to identify the relative.

Based on information discussed in court, however, the trustee in question was either Garza or former Trustee Oscar “Coach” Salinas.

The U.S. Probation Office sent letters to Agua SUD in May, notifying the utility district that Garza and Lancon had been convicted.

“Our records indicate you may be a victim of the above-cited case,” according to the letters. “Federal law entitles you to receive notice of the defendant’s conviction and his/her sentencing date. Also, as a result of the defendant’s crime, you may be entitled to be compensated with restitution, and you have the right to prepare the enclosed declaration which will be submitted to the Court by our office on your behalf.”

“They have invited us to make a request for restitution,” Beatty said. “In order to do that, we’ve got to provide some proof — some documents.” 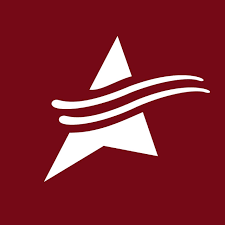