Rodrigo “Rigo” Lopez, 38, of Peñitas paid a La Joya Independent School District employee to approve purchases from his company, Xizaka LLC, according to the indictment against him.

In response to a request for comment, the FBI released a statement.

“The FBI can confirm presence in the vicinity of the Hidalgo Port of Entry, conducting court-authorized law enforcement activity,” according to the statement. “No further information is being released at this time.”

A federal grand jury indicted Lopez on June 1. The indictment was unsealed Monday, when Lopez was arrested. 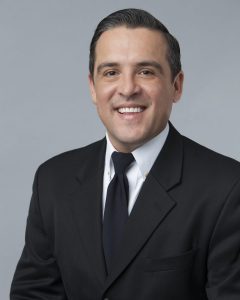 “Defendant gave cash to an LJISD employee intending to influence and reward said employee for approving LJISD purchases totaling approximately $70,010.00 from Xizaka, LLC, a business entity owned by Defendant,” according to the indictment, which doesn’t identify the employee.

The scheme took place from March to August 2018, according to the indictment.

Court records don’t list an attorney for Lopez, who remains in federal custody and couldn’t be reached for comment.

Lopez is part of a political coalition that took control of Peñitas City Hall in 2015.

Lopez worked for La Joya ISD, where he served in a variety of administrative positions.

As part of his plea, Guajardo confessed to bypassing the competitive bidding process at La Joya ISD to approve purchases from a company owned by another public official.

The federal prosecutor didn’t identify the other public official by name or provide any details about the scheme.

Documents released under the Texas Public Information Act, however, show La Joya ISD purchased athletic equipment and turf from Xizaka LLC, a company Lopez owned, in 2018. Under “Ship to Information,” the documents list Guajardo as the La Joya ISD contact.

Lopez abruptly resigned from his position at La Joya ISD on Feb. 14, 2022, less than a month after Guajardo pleaded guilty.

The case against Lopez is part of a federal investigation that uncovered widespread corruption in western Hidalgo County.

Prosecutors brought charges against a dozen people, including Lopez, during the past eight months:

> Businessman Jaime A. Rodriguez of Edinburg pleaded guilty to a bribery and money laundering charge on Jan. 12.

> Peñitas Public Works Director Andres “Andy” Morales pleaded guilty to conspiracy to defraud the United States and making a false statement during the purchase of a firearm on Jan. 21.

> Engineer Mariano Garcia of Mission pleaded not guilty to a theft charge on June 7.

Lopez is scheduled for arraignment on Tuesday morning. 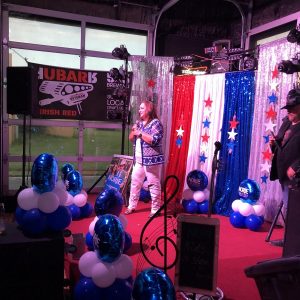