RIO GRANDE VALLEY – The University of Texas Rio Grande Valley (UTRGV) Department of Intercollegiate Athletics announced on Wednesday that the women’s soccer team will host Kansas State on August 25 at 7:30 p.m. and TCU on August 28 at 12 p.m. at the UTRGV Soccer and Track & Field Complex as part of its 20-match 2022 Fall schedule.

“The real highlight is we have two power-five schools in TCU, an in-state rival, and Kanas State coming down,” UTRGV head coach Mark Foster said. “That says a lot about our program and our facilities that schools are willing to come here and play. Hopefully, we can give those two a run for their money and maybe upset one of them.”

The matches with Kansas State and TCU, which marks the first time UTRGV hosts a power-five opponent since 2019 when they hosted Miami, are two of 12 home matches for UTRGV and two of five straight home matches to start the season. 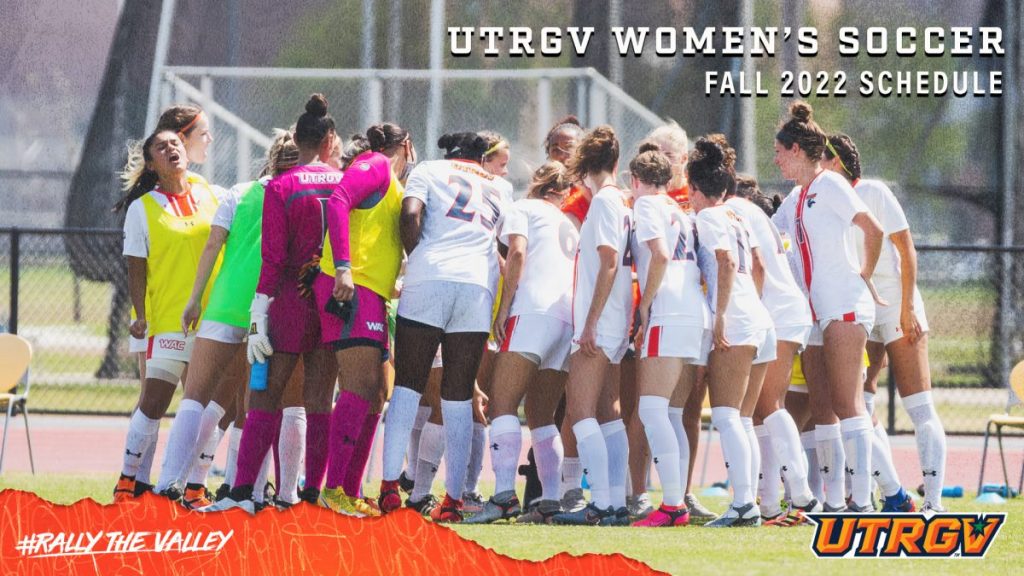 Following the matches with Kansas State and TCU, the Vaqueros will host Texas Southern on September 2 to wrap up a five-match homestand to start the season before closing out non-conference play at Texas A&M-Corpus on September 4 and at the University of Texas on September 11.

“We are really excited to get started,” Foster said. “We can’t wait for August and get to play the games. We have a great season ahead of us. We have 12 home games, and we are hoping all our supporters can come out and cheer us on to as many wins as possible. I am excited about the WAC. It’s going to be a new league for me, so I am looking to see what it entails. There are new locations and new teams to play so I am excited.”

The Western Athletic Conference slate will feature 13 matches leading up to the WAC Tournament, which will be hosted at California Baptist University from November 2-6 with the winner earning an automatic bid to the NCAA Tournament.

The NCAA Tournament will run start on November 18 at regionals sites and wrap up with the College Cup from December 2-4 at WakeMed Soccer Park in Cary, North Carolina.