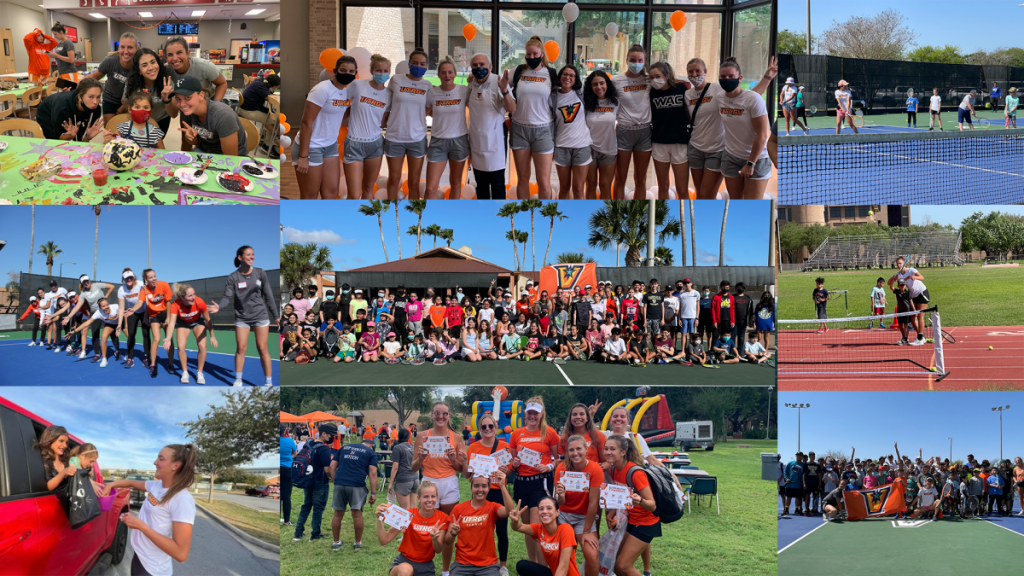 The team held four free junior tennis clinics throughout the school year, including one in Brownsville which drew 100 participants. The Vaqueros influenced hundreds of children ranging from 4 to 18 years old by sharing their love of tennis. They also volunteered with the RGV Food Bank, the Children’s Hospital, the Boys and Girls Club of Edinburg and the Edinburg Scenic Wetlands, among other community events.

“The consistent attitude and effort of this team to give back and connect with the local community is admirable. I could not be more proud of them,” women’s tennis head coach West Nott said. “They understand how fortunate we are to be playing collegiate athletics and they want to pay it forward in a small way. Hopefully, we can continue to make an impact on the local community and keep extending a helping hand in the coming years.”