A judge sentenced a former Customs and Border Protection officer to 10 years in prison Wednesday for accepting a $17,000 bribe during a sting operation.

“I’m sorry,” Cantu said Wednesday afternoon, when he appeared in court for sentencing. “I know the word ‘sorry’ is not enough.”

Former Customs and Border Protection Officer Oziel Cantu, 48, of Alamo left the federal courthouse in McAllen on Wednesday after being sentenced to 10 years in federal prison. (Photo by Dave Hendricks / The Progress Times.)

Customs and Border Protection assigned Cantu to the Pharr-Reynosa International Bridge, where he conducted immigration and customs inspections.

Cantu had financial problems, according to his attorney, Rick Salinas of Mission.

Unbeknownst to Cantu, however, a government informant attended the meeting.

The U.S. Department of Homeland Security Office of Inspector General and the Customs and Border Protection Office of Professional Responsibility set up a sting operation.

POE is an acronym for Port of Entry. 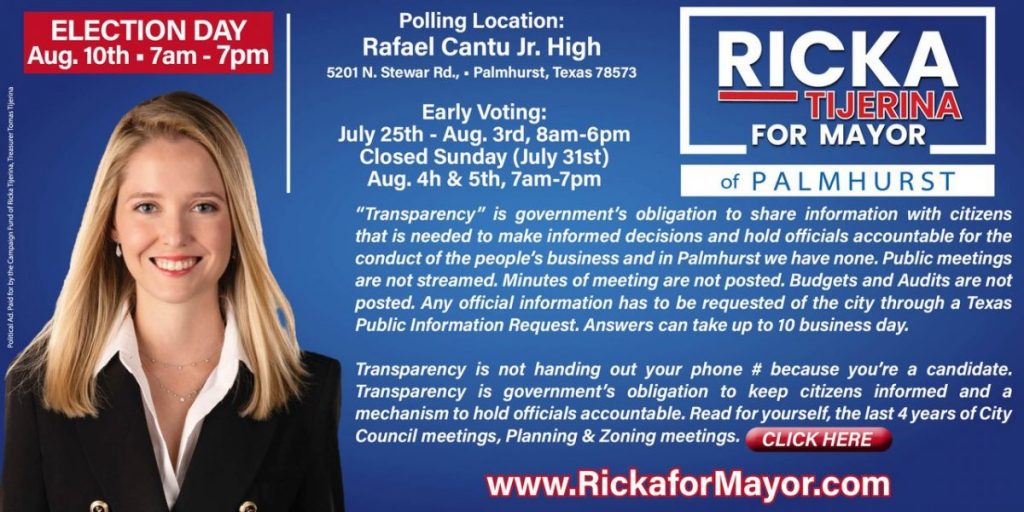 The undercover agent told Cantu the drugs would be hidden in a white Chevrolet Silverado and the driver would place a red hard hat on the dashboard.

“On August 19, 2020, at approximately 5:39 a.m., CBPO Oziel Cantu instructed UCA-1 that the vehicle containing narcotics was going to be clear to pass inspection at the Pharr POE. A few minutes later, at approximately 5:46 a.m., CBPO Oziel Cantu further instructed that 3 inspection lanes would be open and that the vehicle containing narcotics needed to proceed through inspection lane 1 as soon as the Pharr POE was open,” according to the criminal complaint. “Shortly thereafter, an undercover agent (“UCA-2”), driving a white Chevrolet Silverado concealing 10 bricks of sham cocaine, weighing approximately 11.35 kilograms, made entry into the United States at the Pharr POE through inspection lane 1.”

Cantu pleaded guilty to bribery in April 2021. He faced a maximum of 15 years in federal prison.