Daniel Gallegos, 67, of McAllen sold more than 5,800 rounds of ammunition to an informant during a sting operation.

“In early 2020, Homeland Security Investigations identified a cooperating individual with the initials A.J. who had previously met Gallegos in his role as the proprietor of Danny’s Pawn and Sporting Goods in McAllen, Texas,” Assistant U.S. Attorney Paxton Warner said on July 28, when Gallegos pleaded guilty. “A.J. is an alien who is illegally and unlawfully present in the United States.”

Agents with Homeland Security Investigations — which is a part of U.S. Immigration and Customs Enforcement — and the U.S. Bureau of Alcohol, Tobacco, Firearms and Explosives sent A.J. to Danny’s Pawn in March, April and May 2020. 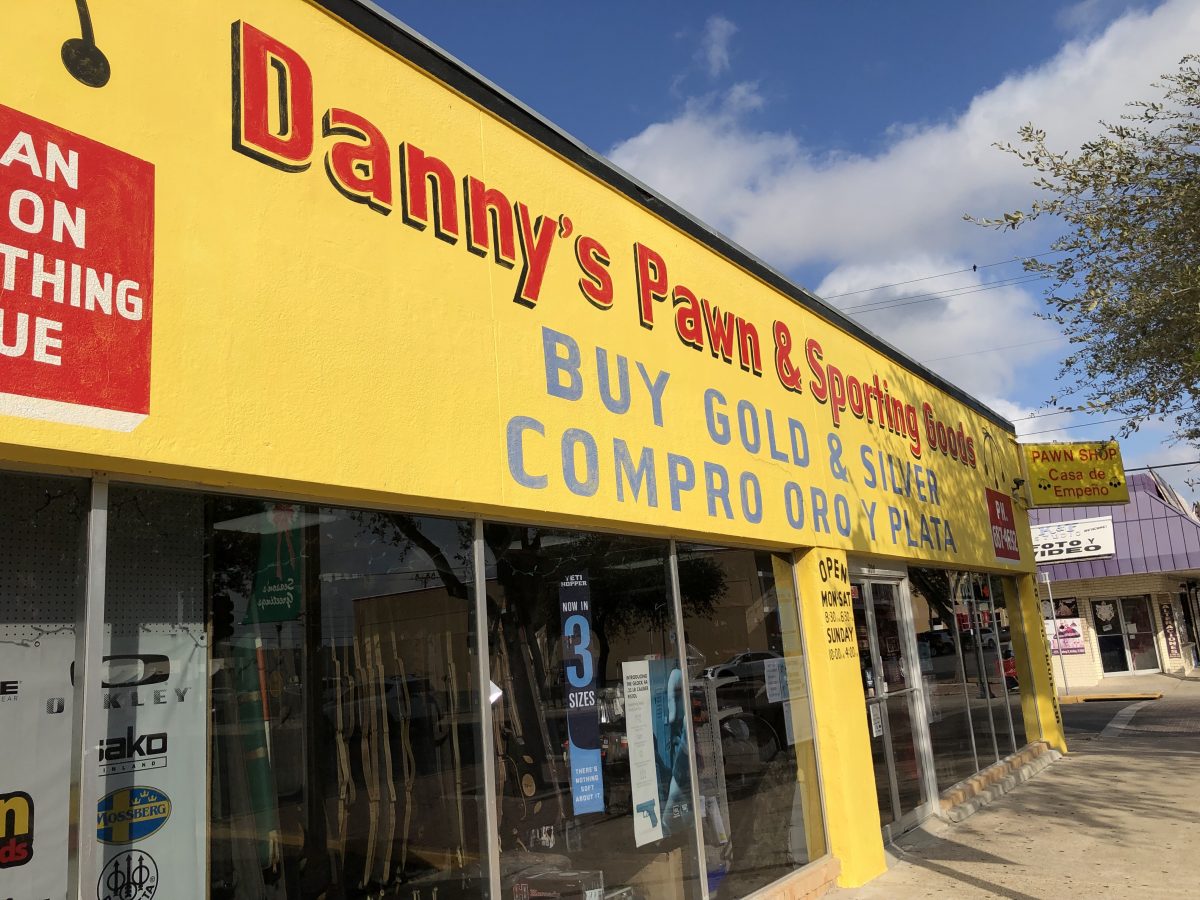 Documents filed by prosecutors don’t provide any other details about A.J. or reveal why A.J. decided to become a government informant. Gallegos, though, had apparently sold A.J. ammunition before.

“Prior to all of these purchases, Gallegos knew of A.J.’s prohibited status,” Warner said. “And knowingly sold ammunition and magazines to A.J. in spite of his status.”

The U.S. Attorney’s Office for the Southern District of Texas presented the case to a grand jury, which indicted Gallegos on five counts of unlawfully selling ammunition.

Gallegos pleaded not guilty in December 2021.

The conditions of his release, however, prohibited Gallegos from participating in the sale or distribution of firearms. Gallegos also had about 200 firearms, archery equipment and samurai swords removed from his house.

Gallegos stepped away from Danny’s Pawn and Point Blank in February, two months after the indictment, according to documents filed with the Texas Secretary of State’s Office.

He struck a deal with prosecutors a few months later.

Gallegos agreed to plead guilty to one count of unlawfully selling ammunition. In exchange, prosecutors agreed to drop the four remaining charges.

“You knew what you were doing was illegal? And no one forced you to do it?” asked U.S. District Judge Ricardo Hinojosa. “You did it of your own free will?”

Sentencing is scheduled for Oct. 18. Gallegos faces a maximum of 10 years in federal prison.