At the Aug. 10 school board meeting, Perez said parents received information over the summer regarding the updated dress code for the 2022-2023 school year. Additionally, the district posted detailed information on the changes in English and Spanish on MCISD.net.

Before Mission CISD implemented the then-temporary changes in March, the district consulted with stakeholders that consisted of parents and MCISD employees at all levels. The new policy included changes for students and teachers with the intention of maintaining professionalism while providing a certain level of comfort. 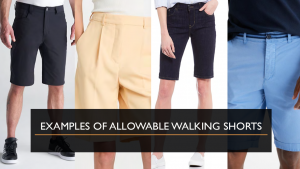 But when news of the new dress code reached the larger Mission community, several residents opposed the new policy. Although not all the residents in opposition are parents of children in the district, they have been vocal about their disapproval during the public comment portion of the board of trustees meetings. Part of their concern is they believe they did not have a say in the changes.

At the Aug. 10 school board meeting, Jim Barnes was the most recent community member to speak up. The Mission resident is part of an unofficial group of local watchdogs called the O.W.L.S. or Objective Watchers of the Legal System.

“We believe parents and taxpayers have a stake in that code,” Barnes said. “I have a suggestion for the board — schedule a workshop for discussion of the dress code and invite parents, teachers, taxpayers and administrators. Give everyone an opportunity to review the proposal and to make suggestions. Perhaps a meaningful debate will occur and an acceptable code for all would result.”

But later during the meeting, the Mission CISD superintendent reassured attendees that parents and district staff were already part of the decision-making process, just as she explained months ago when the changes initially went into effect.

“The [Texas] Education Agency requires that we have a committee made up of individuals that are parents and every facet of the learning organization. Those individuals are the ones that help us develop our school improvement plans, and they also went and got feedback from their colleagues, from their neighbors and all stakeholders,” Perez said. “In addition, we sent a survey to every single parent with the suggestions that were provided and parents got to vote. After all of that [information] was tallied, then the parents received the information that we would continue with the dress code that had been field tested.” 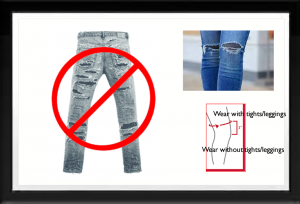 According to a notice on the district website from July 20, the main dress code changes are as follows:

Nearby school district Sharyland ISD also recently adopted a gender-neutral dress code. But whereas the SISD board of trustees voted on the changes, Mission CISD’s school board does not have to vote on the changes.

“Dress code is part of the student handbook; those are administrative things that the board of trustees is not required to vote or anything,” the Mission CISD superintendent said. “That is feedback that we get from all stakeholders. So the families have had the information to start, and as we get new families, we give them time to acclimate themselves.”