Taking the stand during the last half hour of the Monday trial, Molina gave the jury a look into his life and mapped out how he came to be in municipal politics.

Molina described when he became motivated to run for office: when he worked security at the Edinburg City Council meetings.

“I was a police officer in the back of the room. And that was my first exposure to local politics,” Molina said.

The defendant said he witnessed long lines of citizens waiting to meet with the city council and mayor and felt like the local government paid them no mind.

“I saw people complain,” Molina said, confirming to his defense attorney that the city council acted against those complaints.

Molina would then pause his time on the stand before continuing his testimony Tuesday morning.

Earlier that day, former investigator John Waits and Molina’s childhood friend Ricardo Ramirez were two of three witnesses to testify once more on the stand during the second week of trial.

In preparation for the investigation, Waits told Peña he reviewed the Texas Elections Code Chapters 1, 13, 64, and 276.

Waits confirmed that the complaint filed by Mary Alice Palacios included a 3-ring binder that contained compact discs with file records and photocopies of photographs of people’s phones and cars.

According to records, Waits did not receive the complaint until March 20, 2018.

“Residence shall be determined in accordance with the common-law rules, as enunciated by the courts of this state, except as otherwise provided by this code.”

Acknowledging this, Waits claimed that there was ‘no relevance’ for the section to be involved.

“I did not see factors…to say that was relevant to any of the witnesses who committed these offenses,” Waits said, claiming common law did not apply. He further clarified a key factor he considered strongly in the investigation: where one plans to return after a temporary absence.

The witness recognized other factors determining residencies, such as intention and physical presence. Exceptions to these factors included college students who stayed in dorms out of state, and military personnel stationed elsewhere, which none of the witnesses met.

Peña clarified the witness on further factors, such as where one pays taxes, exercises civil or political rights, owns the real or personal property, and has places of business or employment.

“I wanted any information they had that said whether or not where they placed their voter registration address was their address or not,” said Waits.

Peña then moved to a chart created in 2018 that linked over 40 individuals to Richard Molina, Dalia Molina, and Julio Carranza through voter fraud.

“This chart is about Mr. Molina. You know that?” Peña asked.

Waits clarified and stated that the chart mapped out individuals connected with the voter fraud scheme of the November 7, 2017, Edinburg Municipal Election. 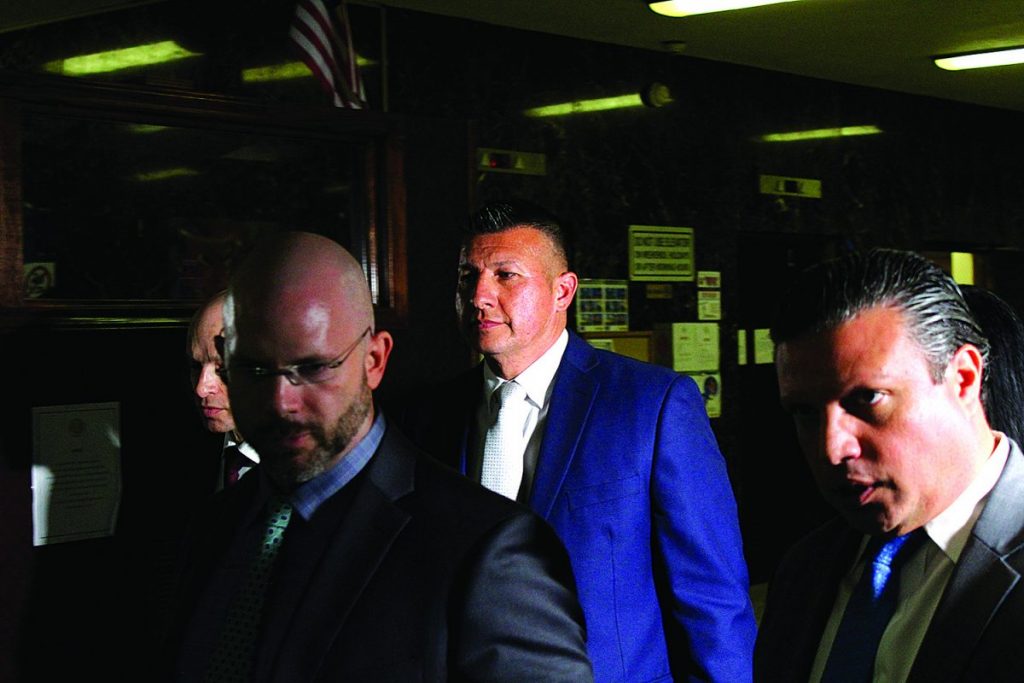 Direct payment from the Molina Campaign connected three campaign workers to the fraud. Although Molina did not directly influence their vote, involvement in the campaign remained a pertinent factor since they still committed voter fraud. Peña stated that the connection was irrelevant, while Waits said the opposite.

“They worked for his campaign. That’s one of the characteristics,” he said. “Offenses we discovered the defendant to have committed, they committed the same violation.”

“The fact that his campaign paid them is relevant to describing potential collaboration.”

The witness recognized that District Attorney Rick Rodriguez supported Molina for City Council Place 1, but not for Mayor.

“I think there was already a split by then,” he said.

Defense Attorney Carlos Garcia asked Ramirez about the indictment he received. Ramirez stated he received it in the mail on October 29, 2020.

Ramirez got a lawyer before contacting Waits.

“When you testified last week, you stated that you don’t want to be convicted of a charge, right?” said Garcia. “And your testimony coming into court here is in hopes of getting this [the indictment] dismissed, correct?”

Ramirez said he had to do his part as all other witnesses did.

“That was the original plan from day one,” said Ramirez.

Prosecutor Garza briefly cross-examined Ramirez and asked if he would change his testimony, to which Ramirez said no.