After nearly five years, Richard Molina’s fate in the 2017 Edinburg Municipal Election charges has been decided. After two days of deliberations, the jury found the defendant not guilty on one charge of engaging in election fraud and 11 of illegal voting.

Visiting Judge Carlos Valdez read the verdicts aloud to a full court, giving Richard and his family nothing but relief and seeing justice well served. 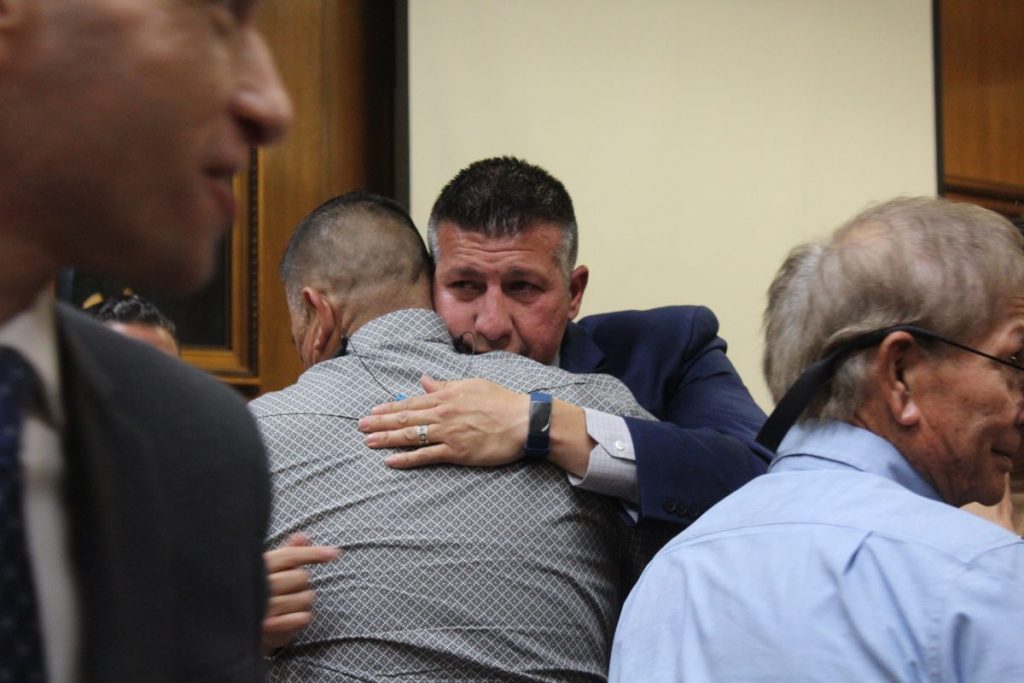 “Justice has been served,” said Ray Molina Jr., brother to the defendant. “We will continue instead of being ridiculed.”

Ray agreed with the defense attorney’s claim that the case was politically motivated.

“This is a big thing now for the Valley. People are going to be scared to go out and vote. Be hesitant,” he said. “But we have to move forward and continue our duty as citizens of the Valley. Continue and stop all of this corruption. Do the right thing.”

Defense Attorneys Jaime Peña and Carlos Garcia feel nothing but relief after working on this case for years.

“We’ve been working non-stop for preparation for trial,” Peña said, claiming their whole fight for this case is getting the evidence to the jury. “When they have an opportunity to see the evidence, what’s happened becomes clear.”

Garcia said that the burden they carried as attorneys is nothing in comparison to what Richard did.

“You saw it exposed in the courtroom. That is emotions are real and it’s raw,” said Garcia. “That’s what he and his family have had to carry with them since he got elected.”

He then spoke about the state’s involvement with the case.

“The state was after him for a very long time. And like Mr. Peña said, having the jury have an opportunity to see the evidence and follow the law, it’s the only verdict you’re going to reach.”

One juror, Palmview resident Luz Hernandez, said the decision was a tough one to make as her mind would change with the evidence presented through the trial.

“The first day, they threw so many laws at me. But at the end of the day…I feel like everyone deserves a second chance to be heard out,” she said.

Hernandez said that laws are always evolving through time.

After this trial, she feels she’s given good judgment.

“This guy’s life is on the line. It’s scary. It was harder than I thought,” she said. “ I’m glad I got to make some people’s days. I know some people are going to be mad. I did a good decision at the end of the day.”