The La Joya Independent School District invited a former union organizer to join the school board on Wednesday.

Trustees voted 6-0 to appoint Juan Jose “J.J.” Luna, 66, of La Joya to school board Place 6 during a meeting on Wednesday night.

“It’s an honor to be considered,” Luna said. “And to be appointed.”

Place 6 became vacant in March, when Trustee Oscar “Coach” Salinas resigned after pleading guilty in a federal corruption case. His resignation created a vacancy on the seven-member school board.

Under state law, La Joya ISD was required to fill the vacancy within 180 days. 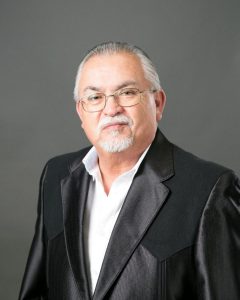 The school board solicited resumes and letters of intent from anyone interested in being appointed. Eleven people responded.

The Sullivan City Council, meanwhile, backed Guadalupe “Lupe” Chavez of Mission for the position. Chavez, a leadership coach for Educate Texas, served as director of academies at La Joya ISD from 2016 to 2021.

Uresti and Chavez also started campaigning for Place 6 in the special election.

That placed the school board in a difficult position. Appointing either Uresti or Chavez to Place 6 before the special election would create a political firestorm.

“In conversations, we looked at all the applicants and we brainstormed about what would be the best, neutral appointee so people wouldn’t think that we were taking sides,” said Trustee Espie Ochoa. “As much as the politics is out there, we are trying to do things right and listen.”

On Wednesday afternoon, when the school board reviewed the applications, Trustee Alex Cantu and Trustee Nereyda Cantu advocated for a public discussion.

“I think in a situation like this, since we didn’t go through an election and let the community decide who we wanted, I thought it was the most appropriate thing to do — to be transparent,” Alex Cantu said.

Alex Cantu made a motion to discuss the applications in public. Nereyda Cantu seconded the motion. Nobody joined them, and the motion failed 4-2.

Trustees met privately — in what’s called executive session — to discuss the applications before making a decision. They voted 6-0 to appoint Luna.

“I worked with him when I was a superintendent,” said Trustee Roberto Zamora, who added that Luna’s experience made him an excellent choice for the position.

Luna taught history at La Joya ISD from 1984 to 2004, when he accepted a position with the American Federation of Teachers.

The job came with responsibility for everything from recruitment to event planning. Luna also became a ubiquitous presence at school board meetings, where he advocated for teachers and kept them informed about policy decisions.

“I’ve been there for many years, night after night,” Luna said.

As a result, Luna is already familiar with many of the challenges La Joya ISD faces.

The district needs to boost enrollment and gradually reduce the number of employees through attrition. It may also need to shut down campuses with low enrollment and make do with fewer administrators.

“That is the big challenge: Trying to get our students back,” Luna said.

If the school board isn’t willing to make tough decisions, the problems could become full-blown crises.

La Joya ISD also needs to address the fallout caused by a corruption scandal that resulted in the resignation of two school board trustees and several administrators.

“They need to do the right thing and continue moving forward,” Luna said, adding that La Joya ISD needs to focus on “serving our students and our employees.”

La Joya ISD may hold a swearing-in ceremony for Luna next week.