Sylvia C. Oxford, 66, of La Joya — a businesswoman who owns the Cerda Ranch in La Joya and the Oxford on 12th Avenue Business Center in Edinburg — submitted a ballot application for Agua SUD District 6.

Agua SUD, though, determined that Oxford actually lived in District 7.

“Based on the address provided on your ballot application, you reside in Subdistrict 7, not Subdistrict 6,” according to a letter from Agua SUD General Manager Roberto J. Salinas to Oxford dated Aug. 25, “and as such, are ineligible to run for the office representing Subdistrict 6.”

Agua SUD, which provides water to about 16,900 customers in western Hidalgo County, is governed by a seven-member board of directors. Each director represents a district with a roughly equal population.

The utility board approved new districts on Aug. 8 based on population data from the 2020 census. 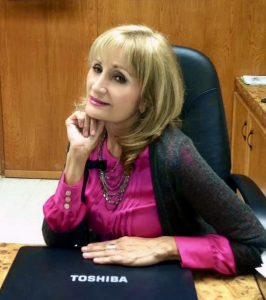 To keep the population of each district roughly equal, the utility board moved a large part of La Joya from District 6 to District 7.

The part of La Joya where Oxford lives, which is located across the street from City Hall, became part of District 7.

“I didn’t know about it,” Oxford said.

On Aug. 22, when she filed a ballot application for District 6, utility district employees didn’t say anything, Oxford said. She completed the paperwork at 2:53 p.m. and left.

“I just find it kind of shady,” Oxford said.

Later that day, Oxford received a phone call. The caller warned Oxford that she would be disqualified.

Sure enough, Oxford said Agua SUD contacted her and encouraged her to withdraw the ballot application. She refused.

Agua SUD sent Oxford a letter on Aug. 25, notifying her the ballot application had been rejected.

“On behalf of the Agua Special Utility District (‘District’), I write to inform you that pursuant to Section 141.032 of the Election Code, your application for a place on the ballot for the District’s General Election on November 8, 2022 for Subdistrict 6 has been reviewed. During its review, the District compared the address provided on your ballot application to the map of the District’s redistricted subdistricts, as approved by a majority of the Board of Directors on August 8, 2022,” according to the letter. “The district has determined that you are ineligible to run for Subdistrict 6 pursuant to Section 7201.055(b) of the District’s Enabling Act, which requires candidates to reside in the subdistrict represented by that position.”

Oxford is reviewing her options and may sue Agua SUD.

“It’s not right to make changes right before an election,” Oxford said in a text message. “Agua SUD knows they messed up.”