Agua SUD received a federal grand jury subpoena for records on Saenz and his company, CSJ Group, in mid-July.

“Right now, since Agua SUD is involved in civil litigation related to some of those issues, I am kind of limited on what I can and cannot talk about,” said Agua SUD board President Esmeralda H. Solis. “But I can assure you Agua SUD is cooperating 100% and will continue to cooperate with all investigative authorities.”

The grand jury subpoena, which is dated July 18, suggests the FBI is investigating Saenz. Attorney Oscar Vega of McAllen, who represents Saenz, declined to comment.

Agua SUD hired Saenz through his company, CSJ Group, in October 2016. He became the district engineer.

In January 2018, when Agua SUD needed a general manager, Saenz accepted that job too.

Agua SUD paid Saenz and CSJ Group more than $3.6 million from 2018 to 2021, according to annual reports approved by the utility board.

Saenz also did work for Peñitas, Sullivan City and Elsa. 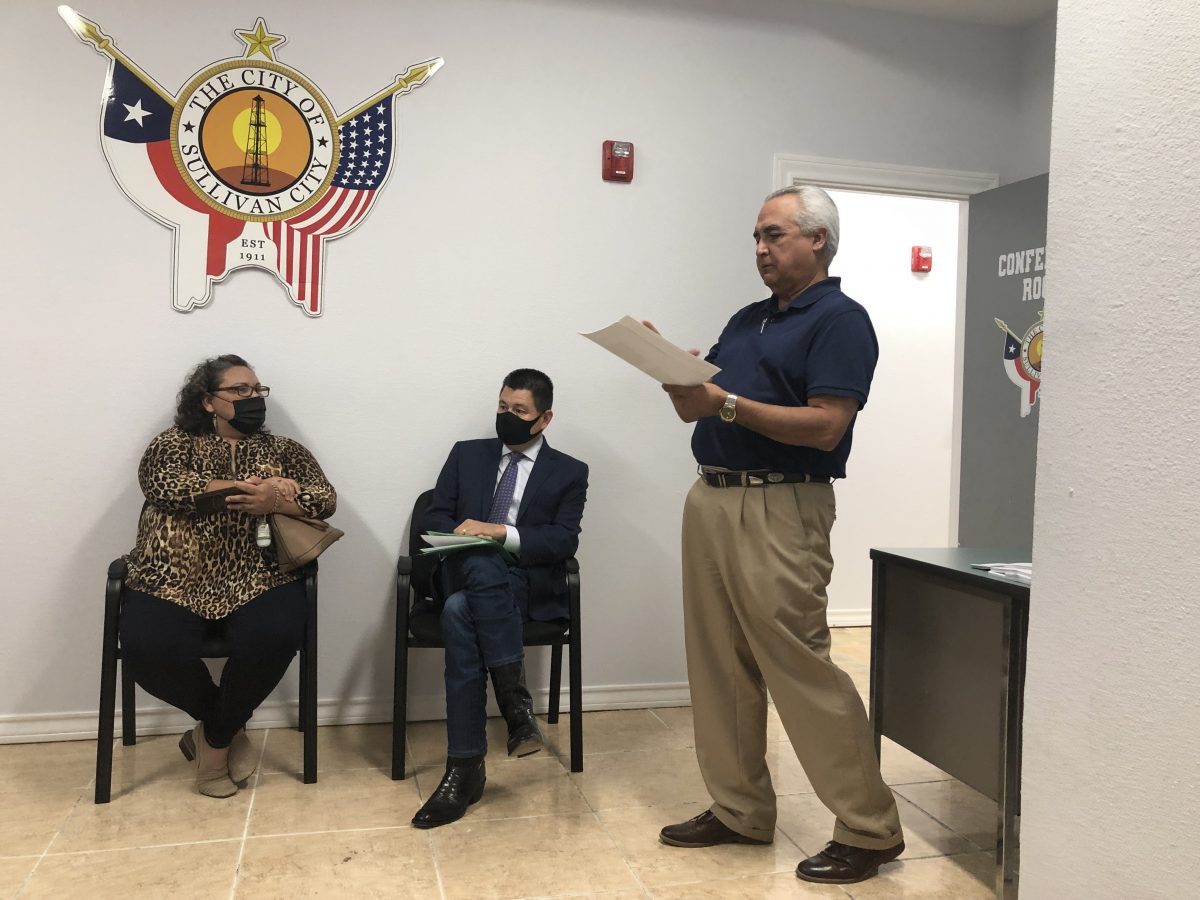 Eleven people, including two La Joya school board trustees and the mayor of Peñitas, pleaded guilty in the case during the past nine months. Two more pleaded not guilty.

Information that surfaced in the case raised questions about Saenz.

The criminal information filed against Peñitas Public Works Director Andres “Andy” Morales described a conspiracy to improperly influence public officials. One of the players in the conspiracy, “Person O,” was “a high ranking administrator for Agua SUD.”

Edinburg businessman Jaime A. Rodriguez, meanwhile, admitted that he paid $55,000 to a company owned by a “high ranking” Agua SUD employee in exchange for a favorable recommendation.

In another instance, a grand jury charged Mariano Garcia, a local engineer, with paying nearly $250,000 to Morales “intending to influence and reward” the general manager of Agua SUD.

While prosecutors never identified the “high ranking” Agua SUD employee by name, the general manager referenced in the indictment against Garcia is clearly Saenz.

The second grand jury subpoena requested a slew of documents on Saenz and CSJ Group “pursuant to an investigation” being conducted by the FBI that involved a “possible federal violation.”

Information requested by the FBI included:

Asked about the subpoena, the U.S. Attorney’s Office for the Southern District of Texas declined to comment.