For the first time since 2010, a Republican is running to represent Texas House District 35.

“Don’t vote for us because we’re Republicans. I don’t want your vote just because you’re a Republican,” Rosa said Tuesday, when he opened a campaign office in Alton. “Vote for us because we agree on hard work, education, traditional values, pro-life — if you agree with those things, then we welcome your vote.”

Rosa was raised in Elsa, where his father worked for the city and managed a local tire shop.

After graduating from Edcouch-Elsa High School, where he was a top student, Rosa attended the University of Houston College of Pharmacy. Rosa worked for Lee’s Pharmacy for several years before starting his own business, Oscar’s Pharmacy, which opened stores in Rio Grande City, Mission and Alton.

“And then, after 20 years, I was turning 50 and CVS was coming into those markets,” Rosa said.

Rosa sold Oscar’s Pharmacy to CVS, studied theology and became more active in the Catholic Church. He also decided to run for District 35 — a sprawling, U-shaped district that brings together rural areas in Hidalgo County and Cameron County. 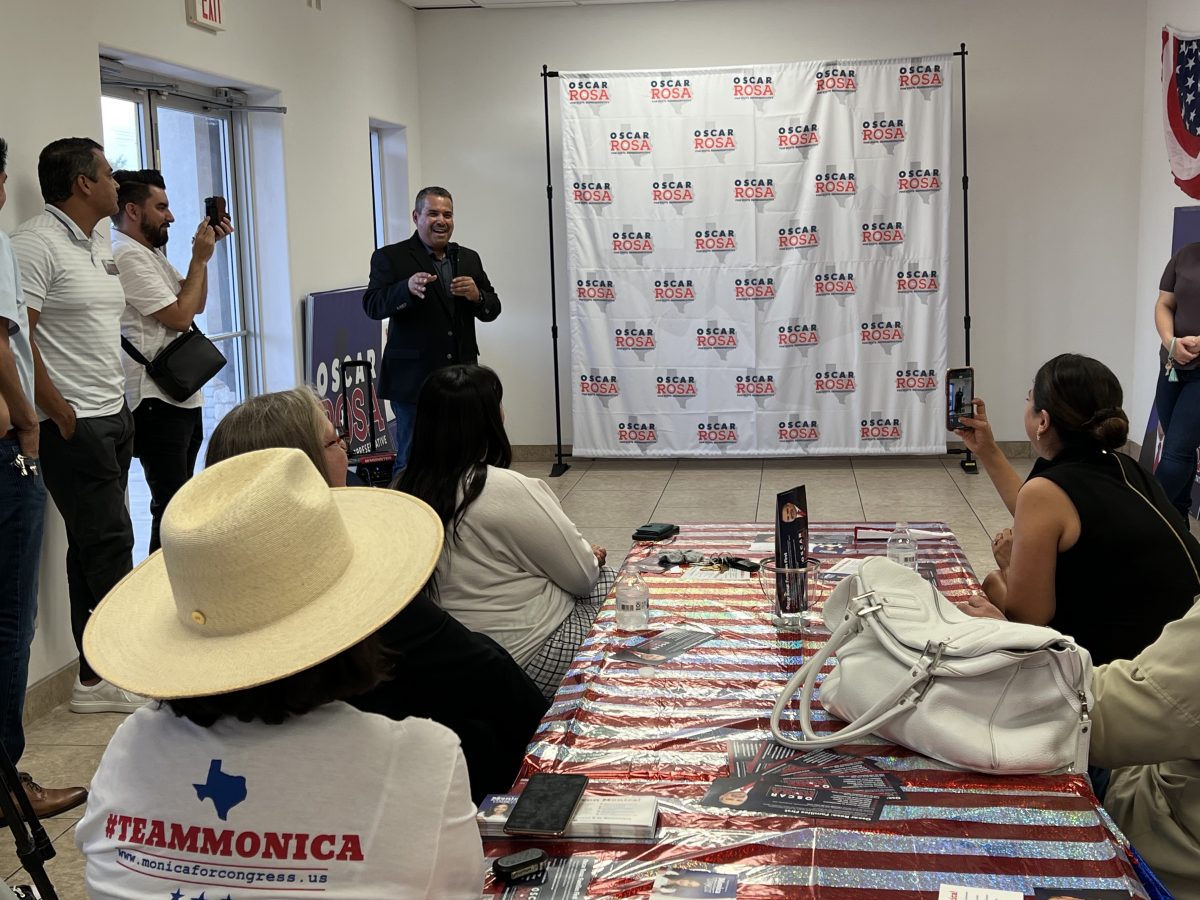 Republican candidate Oscar Rosa addresses supporters on Aug. 30, 2022, during the grand opening for his campaign office in Alton. (Photo by Dave Hendricks / The Progress Times)

In 2020, nearly 54% of voters in District 35 supported Joe Biden against Donald Trump.

In the new District 35, about 57% of voters supported Joe Biden, according to information published by the Texas Legislative Council, a nonpartisan state agency.

Money will be another major hurdle for Rosa.

Longoria had nearly $362,000 in the bank on June 30, according to his semi-annual campaign finance report filed with the Texas Ethics Commission. Rosa had about $27,000.

Rosa and other Republicans who attended the grand opening of his campaign office on Tuesday, however, said they believe the Rio Grande Valley is turning red.

Voters in the Valley, who backed Democrats for generations, are ready for change, said Alton Mayor Salvador Vela.

“And stop some of this border craziness that is going on. It’s just out of control. People are being trafficked. People are being harmed. People are losing their lives on the border,” Rosa said. “And it seems like there’s no control there. I know that’s a federal issue, but at the state level we can tackle that also.”

After a decade in Austin, the incumbent hasn’t accomplished anything, Rosa said.

“I don’t doubt his efforts,” Rosa said. “I just don’t see the results.”

Longoria, meanwhile, pointed to a long list of accomplishments, which ranged from securing nearly $69 million for the University of Texas Rio Grande Valley School of Medicine to creating the Border Zone Fire Department program, which provided local firefighters with badly needed equipment. He also worked hand-in-hand with city governments to pay for a litany of local projects.

“I think our actions speak louder than words,” Longoria said.