Agua SUD canceled the elections for District 5 and District 6 during a utility board meeting on Sept. 2. Two other races — District 4 and District 7 — remain on the November ballot.

The utility board voted 5-0 to cancel the District 5 and District 6 elections.

Agua SUD is governed by a seven-member board of directors. Each director represents a district that contains a roughly equal population. 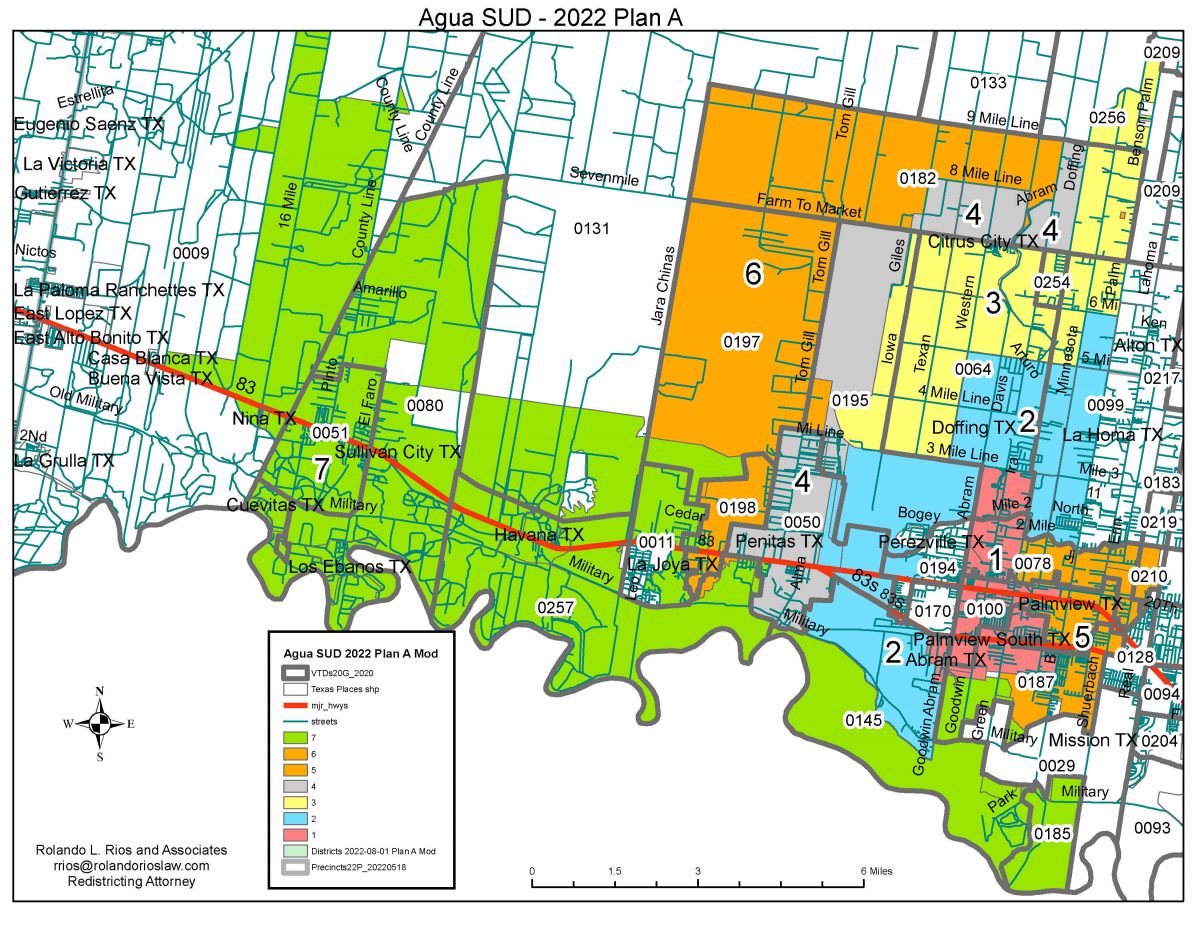 The Agua SUD board approved redistricting Plan A on Aug. 8, 2022. (Map courtesy of Agua SUD.)

District 5 covers the eastern part of Palmview and a small part of western Mission.

Two candidates submitted ballot applications for District 6, which covers the eastern part of La Joya and an L-shaped part of rural Hidalgo County that runs north along Jara Chinas Road and east along 9 Mile Line.

The utility board appointed Rick Perez, 58, of La Joya to District 6 in 2021, when Director Adolfo Arriaga resigned.

Agua SUD, however, determined that Oxford actually lived in District 7 and rejected her application. That left Rick Perez without an opponent.

“Upon cancellation of the election for District 5 and District 6, a copy of the executed order, in
both Spanish and English, will be posted at the polling places that would have been used in the election,” according to the memo, “to provide notice to potential voters that the Agua SUD directors for District 5 and District 6, respectively, were running unopposed and have been declared elected in accordance with the Texas Election Code.”