A former union organizer joined the La Joya school board on Wednesday.

“For 18 years, I sat out there,” Luna said, gesturing toward the audience. “And now I’ll be sitting here, even though it’ll be for a short while.”

The school board selected Luna on Aug. 31 after reviewing 10 applications.

“I think his strong point is: He’s a very good advocate for staff,” said board President Alda T. Benavides, who added that Luna knows the issues and will provide trustees with an important perspective. 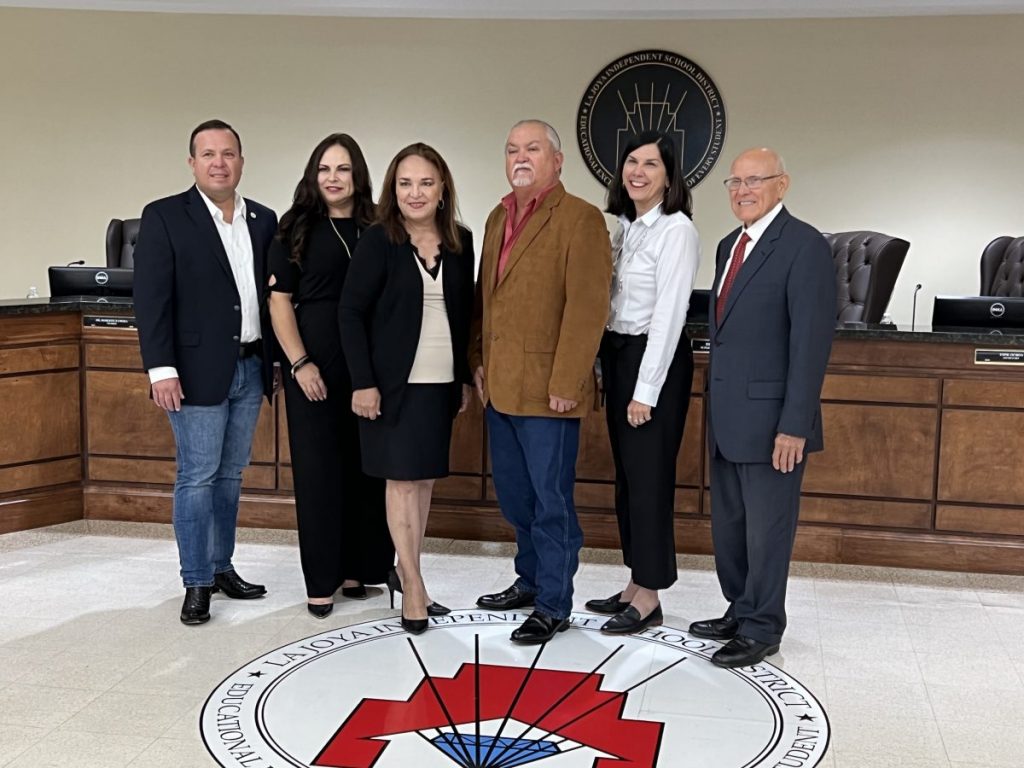 “I grew up here. I’m a graduate of La Joya. And I worked here for 20 years. I live here in La Joya,” Luna said. “Thank you for giving me that opportunity to serve my community.”

Two of his former students, Alex Cantu and Nereyda Cantu, now serve on the school board.

“It’s an honor being able to serve with one of my teachers,” Alex Cantu said.

Luna retired from La Joya ISD in 2004, when he accepted a job with the American Federation of Teachers. He spent the next 18 years representing the local union.

As part of his job, Luna regularly attended school board meetings.

“I know for many years we’ve worked side-by-side advocating for the well-being of our staff,” said Trustee Espie Ochoa. “And now here we are as colleagues, doing just that.”

When he was 12 years old, Luna played on a baseball team in Peñitas. Zamora was his coach.

“Many years ago, Mr. Luna and I were on the same team. He was a player and I was a coach. I don’t think we ever imagined that someday we’d be sitting here together,” Zamora said. “Congratulations and welcome to our board.”

Luna will serve on the school board until November, when La Joya ISD will hold a special election to replace Salinas.

While he decided not to run during the 2022 election cycle, Luna said he may run for a full, four-year term in 2024.

“I just want to do the best I can do in the coming months that I’ll be here,” Luna said. “And think seriously about a run for 2024.”