A local teacher joined the Peñitas City Council on Wednesday.

The City Council appointed Guadalupe Moreno Jr., 49, of Peñitas to Place 4 during a meeting on Wednesday afternoon.

“I’m here to work,” Moreno said. “I look forward to contributing as much as I can to help the community grow.”

Moreno, a Spanish teacher at La Joya High School, coaches soccer and volleyball after class. He moved to Peñitas about 14 years ago.

The City Council considered several candidates for the position, said Mayor Ramiro Loya, and selected Moreno because he’s active in the community.

“That’s what we need,” Loya said. “Someone that believes in the city.” 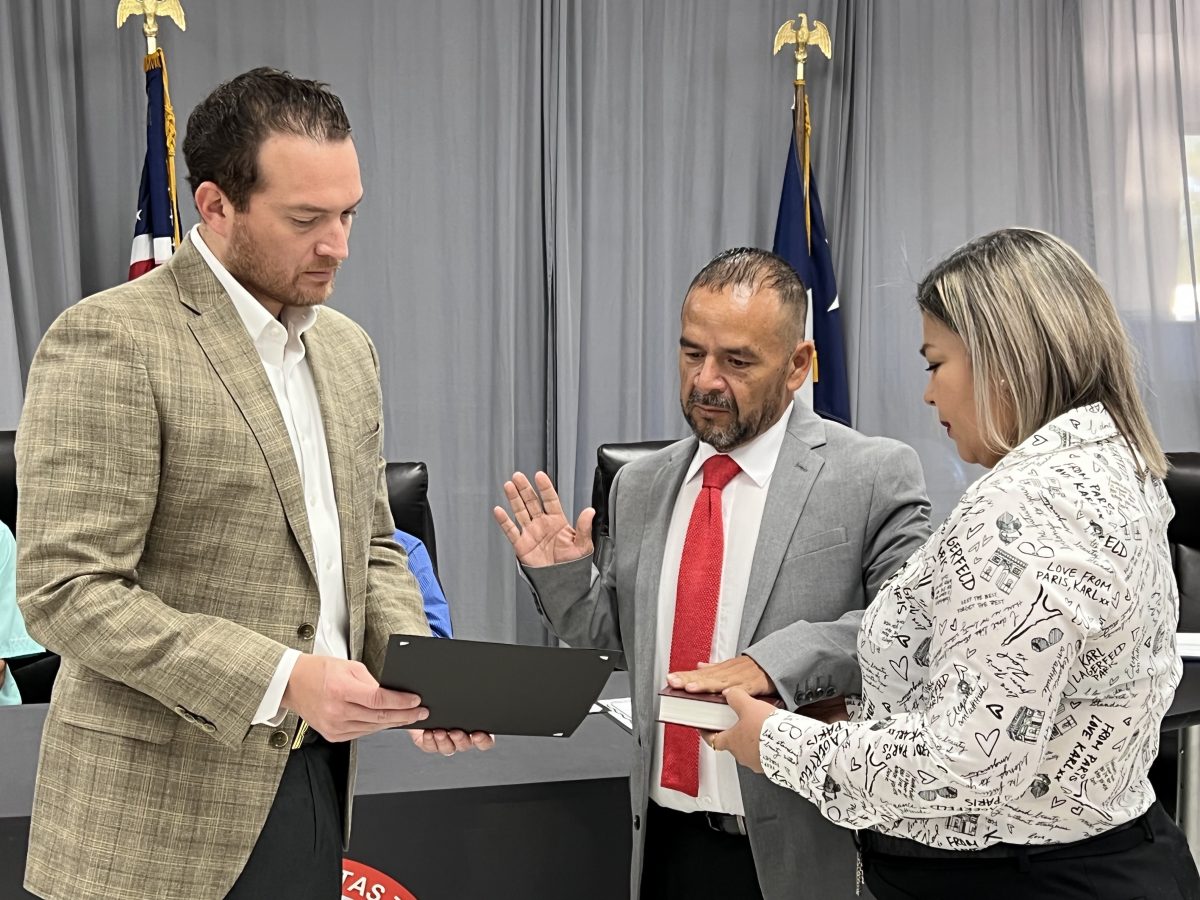 Peñitas is governed by a City Council that consists of a mayor and four at-large councilmen.

City Council Place 4 became vacant after a series of events that started in August, when Mayor Rodrigo “Rigo” Lopez resigned.

Peñitas needed a new mayor — and the City Council appointed Loya, a longtime councilman who represented Place 4. Loya will serve until May 2023, when Lopez’s four-year term ends.

Loya had to resign from Place 4 to become mayor, which created another vacancy.

The City Council filled the vacancy on Wednesday, when they appointed Moreno to Place 4. Moreno will serve until May 2023, when Loya’s four-year term ends.

Whether or not the City Council actually holds the power to appoint new members remains unclear.

That section of the Texas Constitution explains how a city where officials serve terms longer than two years must fill a vacancy.

“Any vacancy or vacancies occurring on such governing body shall not be filled by appointment but must be filled by majority vote of the qualified voters at a special election called for such purpose within one hundred and twenty (120) days after such vacancy or vacancies occur,” according to Article 11, Section 11, “except that the municipality may provide by charter or charter amendment the procedure for filling a vacancy occurring on its governing body for an unexpired term of 12 months or less.”

The city charter, though, doesn’t contain a procedure for filling a vacancy.

In a series of letters to Loya, state Sen. Juan “Chuy” Hinojosa said Peñitas is required to hold a special election.

“While I have no concerns with the choice of Mr. Ramiro Loya as mayor, I do have concerns with the legal consequences to the City for actions taken since the appointment. Because the City’s charter did not include a procedure to fill the vacancy of mayor for an unexpired term of 12 months or less, the August appointment is in violation of Section 11, Article 11 of the Texas Constitution,” Hinojosa wrote to Loya on Monday. “Without this prerequisite procedure, there should have been a special election to fill that vacancy. Time is of the essence. Any decisions made since the appointment could potentially be challenged and voidable, costing taxpayers money. The City of Peñitas does not need to take this risk. Just follow the law.”

In the memo, Gonzalez said he reviewed the city charter and concluded the City Council had the authority to appoint someone to serve a term of 12 months or less.

“After conferring with both the Texas Attorney General’s Office and the Texas Municipal League they concur with my reading of the City Charter and the Texas Constitution,” according to the memo, which Peñitas released under the Texas Public Information Act.