Texas Gov. Greg Abbott, flanked by Republican candidates from across the Rio Grande Valley, held a campaign rally Thursday in Mission, where he urged voters to “turn the RGV red.”

So many people showed up at Ranch House Burgers on Bryan Road that Abbott had to move the rally from the restaurant to the parking lot.

Abbott is running against former U.S. Rep. Beto O’Rourke, a Democrat from El Paso, for a third term.

“Let me tell you, with a high level of certainty, that we are going to win on Nov. 8,” Abbott said. “Let me tell you why. The reason is because we’re going to show the contrast between the success that we’ve been able to achieve in the state through the conservative policies that we’ve been able to enact versus this radical left ideology that you see people like Beto O’Rourke and the other Democrats trying to push.”

Abbott estimated that 400 to 500 people attended the “get out the vote” rally. 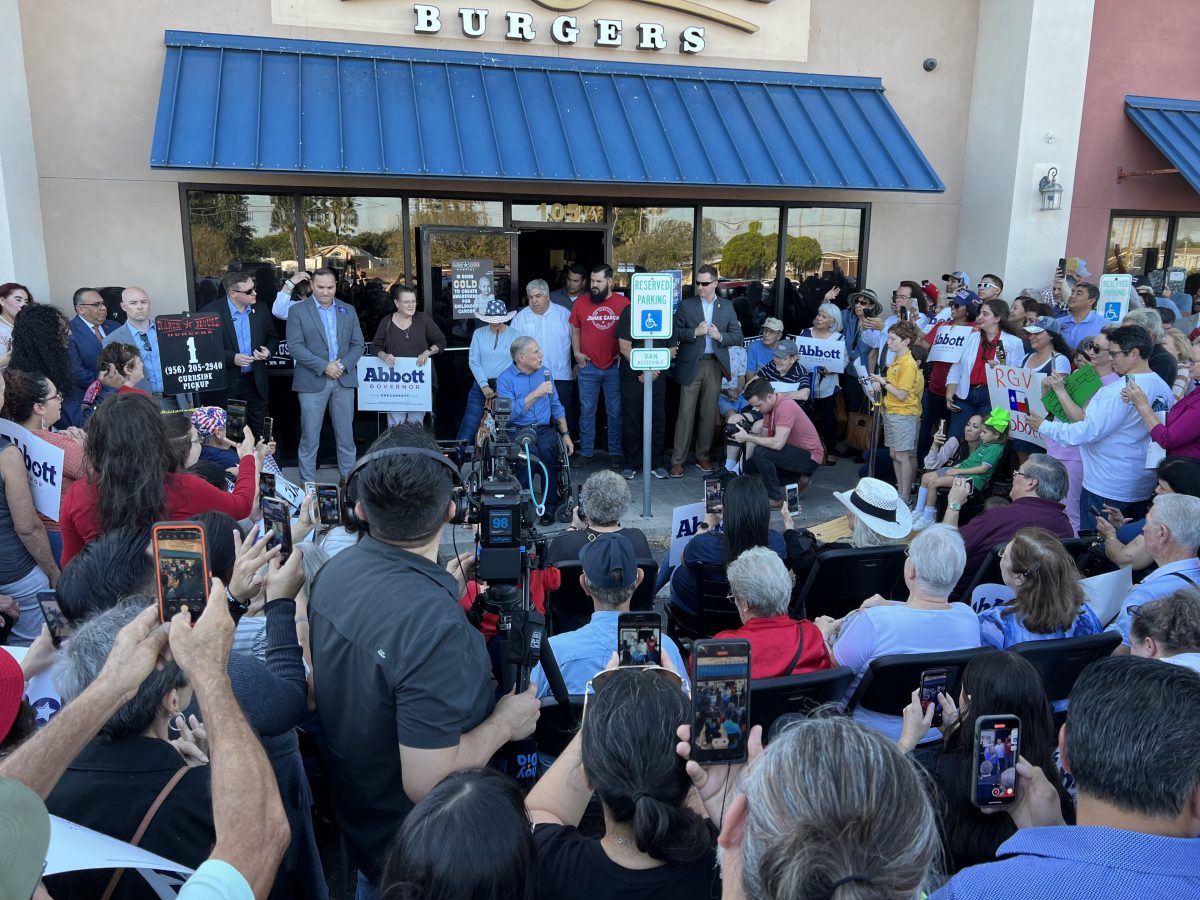 “We don’t refer to him as Beto. His name is Francis,” Puente said, referring to Beto’s legal name, Robert Francis O’Rourke. “He’s been a thorn in the side of Texas for way too long. And he just needs to ride into the sunset.”

Sandra Bagwell, 54, of Mission attended the rally to raise awareness about the dangers of fentanyl, a synthetic opioid that is 50 to 100 times stronger than morphine.

Her 19-year-old son, Ryan, died in April after buying what he believed was Percocet in Nuevo Progreso. The pills, though, were actually fentanyl.

“I want him to know that this happened here, in Mission, Texas,” Bagwell said. “And: What’s he going to do about it?” 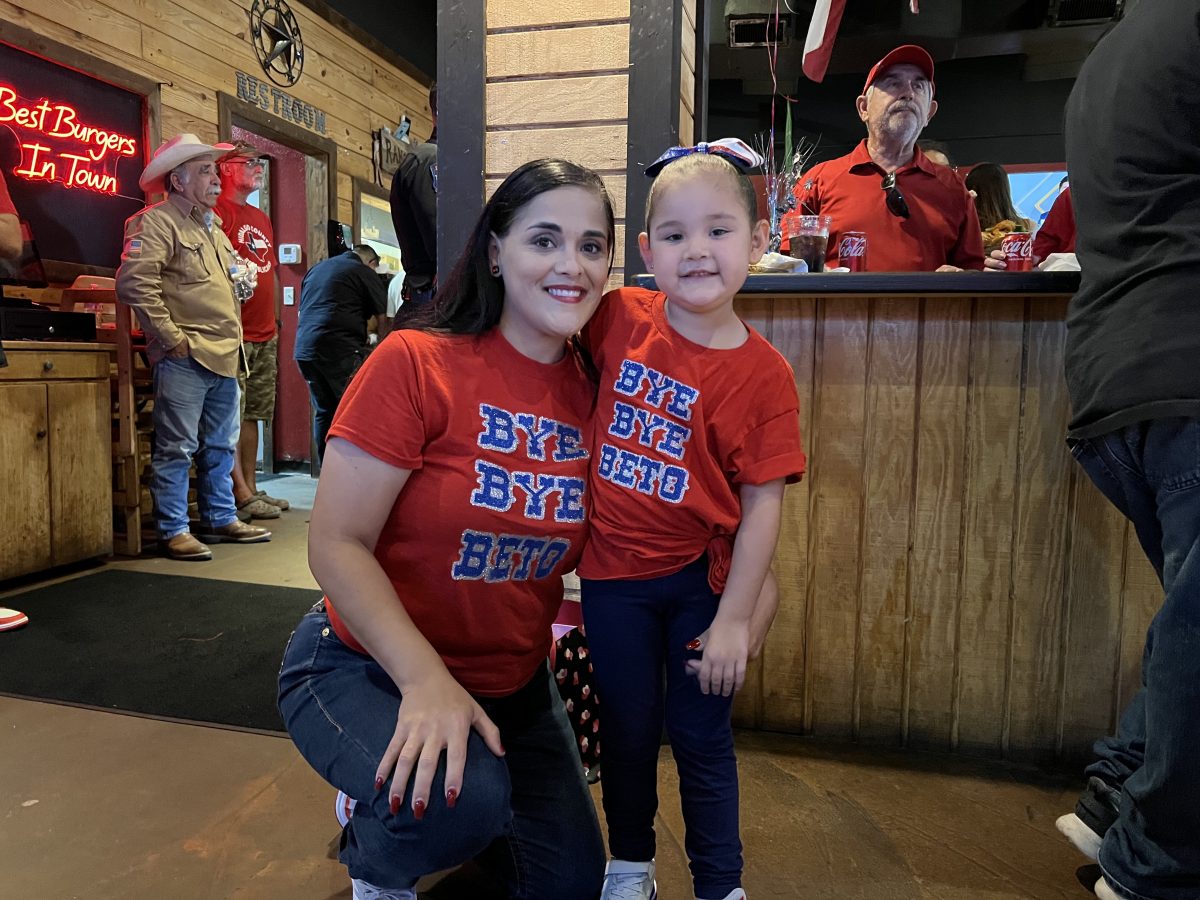 During his roughly 20 minute speech, Abbott spent a significant amount of time attempting to link O’Rourke to President Joe Biden and Democrats in Washington. He also discussed border security.

“The large number of expulsions during the pandemic has contributed to a higher-than-usual number of migrants making multiple border crossing attempts, which means that total encounters somewhat overstate the number of unique individuals arriving at the border,” according to a U.S. Customs and Border Protection statement released in October.

Abbott said he decided to start busing migrants to Washington and other sanctuary cities after meeting with mayors, county judges and law enforcement leaders in the Del Rio area.

“When they were put to the test, when Washington, D.C., actually had to take in the migrants that we sent to them — just a few hundred of them — they started crying, they started complaining,” Abbott said. “They said: ‘Oh, we can’t do this. We cannot handle it.’”

Texas sent more than 8,200 migrants to Washington, more than 3,400 to New York City and more than 1,100 to Chicago, according to information released by the Governor’s Office.

Tens of thousands of migrants are released in small Texas border towns, Abbott said, but Washington and New York City treat a couple thousand migrants like a crisis.

“In New York City, they got 25 or 30,000 of them. And the mayor up there is saying they need $1 billion to address the needs,” Abbott said. “Listen, if New York gets a billion dollars for what they get, Texas deserves a trillion dollars.” 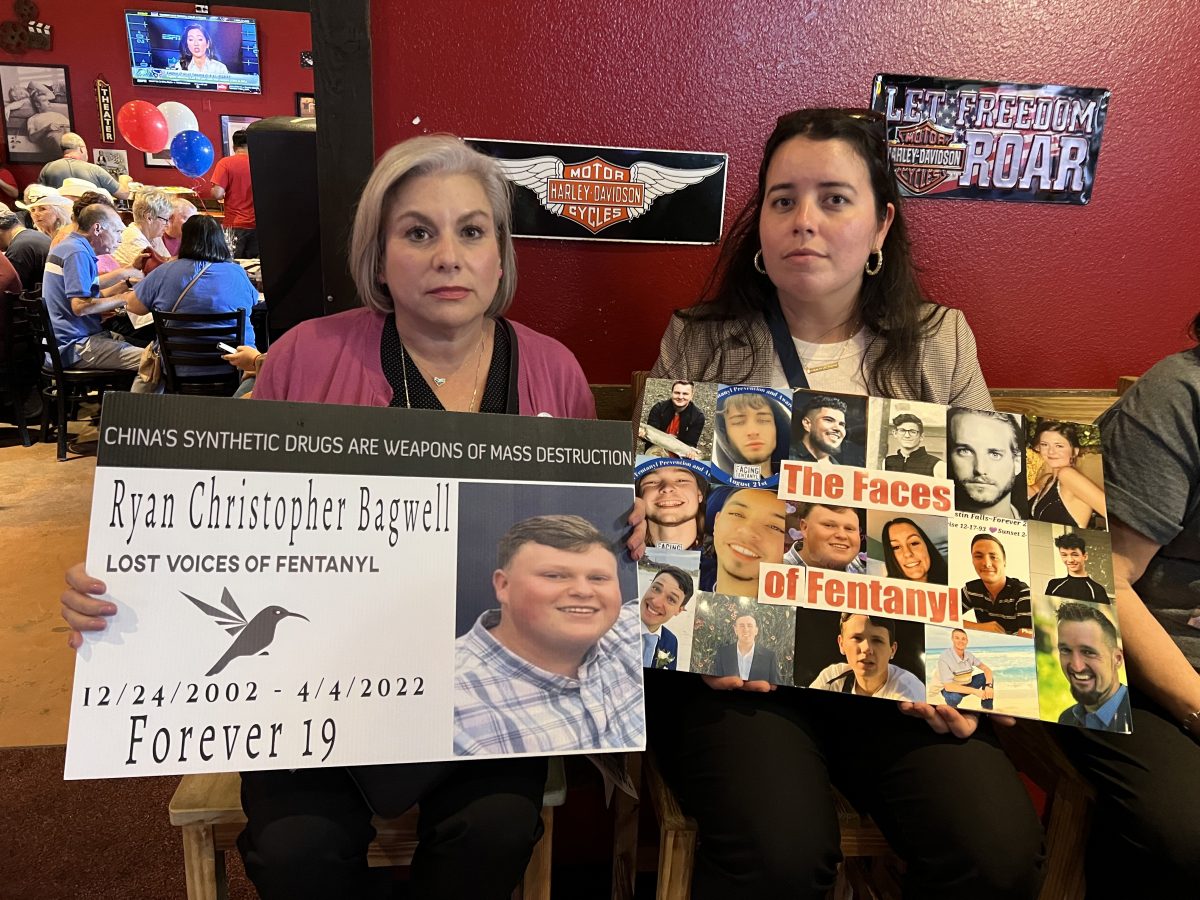 Sandra Bagwell, 54, of Mission, at left, holds a poster with a photo of her son, Ryan, who died of fentanyl poisoning. (Photo by Dave Hendricks / The Progress Times.)

He blasted Abbott for failing to fix the Texas electric grid after Winter Storm Uri, which left millions without power; and for taking no meaningful action after a school shooting in Uvalde left 19 students dead.

“Why does Texas lead the nation in the number of school shootings? Why has it been 23 weeks since those 19 children and their two beautiful teachers were taken from us — and this governor has done not a thing to make it any less likely that any child in any other classroom meets the same fate as those kids?” O’Rourke said. “We’ve got an answer to that as well. We win this election, and then we prioritize the lives of our kids over the interests of the NRA or the gun lobby or anybody else. We do the common sense things that we find on the common ground between us.”