Mission CISD partnered with local nonprofit Village in the Valley (ViVa) to deploy a program highlighting diversity and inclusion in the district. Known as the Illumination Project, Mission will be the first district in the RGV to implement the one-of-a-kind cultural initiative.

ViVa is a local organization that founders Marsha and Dr. Onuwa Terry and Dr. Theresa and Pastor Al Gatling created in 2019 to elevate the Black community while connecting to the various cultures in the RGV. But the 2020 social injustice protests following George Floyd’s high-profile death catapulted ViVa to becoming a notable voice for cultural inclusivity in the Valley.

“We thought it was very, very, very important that we really focus on the idea that we are more alike than we’re not. And the more that we learn from each other as a people in different cultures, then the more we’re, perhaps, willing to accept and understand [each other],” Dr. Gatling said.

ViVa holds various events throughout the year, from Juneteenth celebrations to Thanksgiving meal programs and financial literacy classes. Additionally, the nonprofit has built rapport with city leaders to increase its presence in Valley communities. But their newest endeavor is bringing the Illumination Project to Mission CISD, which costs the district $45,000 of local funds.

The Illumination Project is a community program founded by Robert “Jake” Jacobs. It began in 2015 in Charleston, S.C., following the racially-charged mass shooting at the Emanuel African Methodist Episcopal Church. To strengthen the community and increase the trust between the local police department and the people of Charleston, the PD underwent training to better understand and address the community’s needs following the tragedy. Since then, at least 200 cities launched the Illumination Project in their communities.

ViVa initially wanted to bring the project to Valley cities and work with local PDs. They came close to deploying the program in a few cities, but soon shifted their focus to school districts.

ViVa and the Illumination Project founder revamped the program to pilot it at Mission CISD. Although there will be a few differences from the traditional Illumination Project, the goal is still the same — create a more inclusive, culturally aware and supportive environment.

“In communities, there is a somewhat divide between cultures and races, and it’s national. And because it’s national, it’s in communities and it’s also in our schools. We don’t think about it so much, but it is happening,” Gatling said. “Any one time is too much to have someone feel unsafe to go to school because of the color of their skin. And we were seeing that and we were hearing it, and we had to do something to make it better. And I think the Illumination Project does that.”

The first step was conducting a survey that gauged the community’s thoughts on Mission CISD’s current state regarding cultural diversity, inclusivity and support. ViVa sent out about 7,500 surveys and received more than 4,000 responses.

The next step is conducting a series of listening sessions with stakeholders, which includes student body leaders, district leaders, parents and community leaders. MCISD is still in the listening sessions phase of the project. Once ViVa and Jacobs have enough feedback from the sessions, they develop the curriculum tailored to Mission CISD’s needs.

After ViVa and the Illumination Project consultant create the curriculum, they train the teachers on how to teach it in the classroom. ViVa will provide all the material, complete with videos and a guidebook. Then the teachers provide the instruction to the students in a way that best fits their schedule. The curriculum is designed to be concise so teachers can easily incorporate it into their lesson plans. Only secondary students will participate.

The whole program will culminate in a Blue Ribbon Week in February. The week will consist of themed activities and celebrations surrounding everything the students learned about diversity, culture and inclusivity. After Blue Ribbon Week, the district will debrief and conduct a follow-up survey to examine the before and after results to improve the program for next year.

Deputy Superintendent for Curriculum & Instruction Dr. Sharon Roberts said the district is always trying to look out for the best interest of the MCISD community, and that they are excited to be part of the Illumination Project.

“It’s really about making sure that our students have positive and proactive relationships with each other and are caring for one another. It’s about embracing each other’s uniqueness and needs and just helping everybody feel more positive,” Roberts said. “I think our kids have been through a lot and every student needs to feel valued and appreciated and that’s what we strive to do.”

If the cultural inclusivity program is successful at Mission CISD, Gatling said ViVa would like to launch it in other districts.

“As an organization, Village in the Valley is just about helping all cultures connect on a deeper level to know each other. And I think the Illumination Project is really going to do that in this small subsection of our community, but a very important one because this is our future. How they see each other and how they work with each other is how our world will be in 20, 25 years,” Gatling explained. “It takes a village to raise a child.”

This article was updated to include how much the district paid for the Illumination Project. 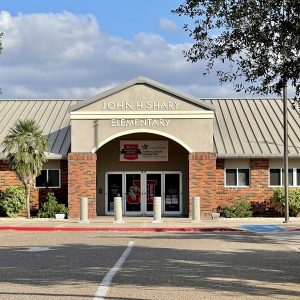 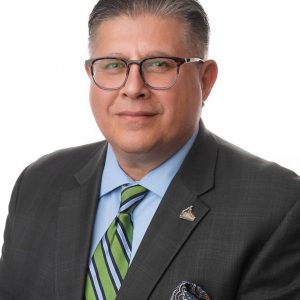