The Agua Special Utility District held a swearing-in ceremony for three new board members on Wednesday.

Jose Luis Ochoa Jr., 33, of Peñitas; Ana Maria Perez, 49, of Palmview; and Adriana Flores-Villarreal, 59, of Sullivan City — who all work for the La Joya Independent School District — took the oath of office Wednesday afternoon. They were joined by Rick Perez, 58, of La Joya, a banker who returned to the board for a second term.

“With growth comes changes and challenges,” Rick Perez said. “And hopefully we can meet them.” 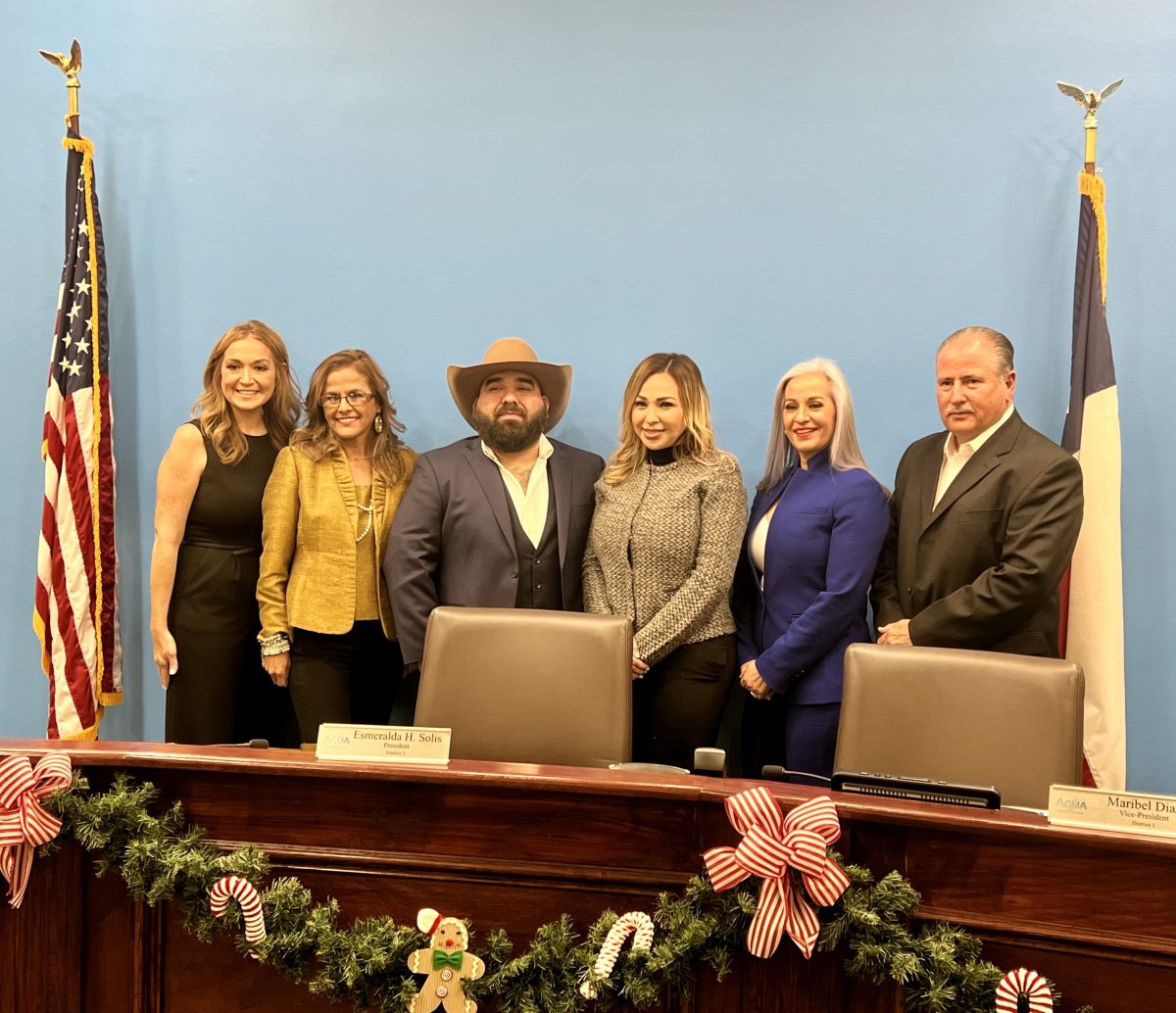 Agua SUD, which serves nearly 17,000 customers in western Hidalgo County and a small part of Starr County, is governed by a seven-member board of directors. Each director represents a district with a roughly equal population.

About 59% of the 972 voters who cast ballots in District 4 supported Ochoa, according to official results canvassed by the utility board on Wednesday.

“God willing, I can put my best foot forward,” Ochoa said, adding that he wants Agua SUD’s next four years to be better than the last four years.

Rick Perez, an executive vice president at Rio Bank, ran unopposed for District 6, which he had represented since October 2021.

Nearly 56% of the 1,855 voters who cast ballots in District 7 supported Flores-Villarreal, according to official results canvassed by the utility board on Wednesday.

“I will do everything in my power to address all the issues that have already been brought to my attention,” Flores-Villarreal said.

Supporters packed the boardroom to watch the swearing-in ceremony.

Hidalgo County Precinct 3 Commissioner Everardo “Ever” Villarreal showed up to swear in the other three board members. Villarreal, though, received instructions that asked him not to actually administer the oath of office — just the anti-bribery statement.

The crowd applauded anyway, apparently unaware the new directors hadn’t actually been sworn in yet.

When he completed the process, Agua SUD Project Assistant Pamela Perez, who is a notary, administered the oath of office.

After a brief recess, the utility board reconvened to select new officers.

Diaz replaced Esmeralda Solis, who stepped down from the Agua SUD board to serve on the La Joya school board.

Solis recommended the new board approach Agua SUD with an open mind, be patient and listen to advice from district staff.

“You learn along the way. You try and make the best and the most responsible decisions,” Solis said. “Of course, always thinking of Agua SUD’s best interests.”