Officers arrested Garcia and his partner, Evelyn Vela, on assault charges after they had a fight in February 2020.

“It was a misunderstanding,” Garcia said, adding that neither he nor Vela was injured. 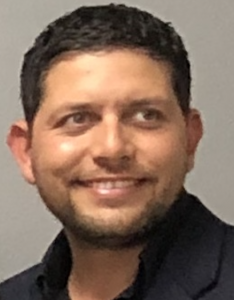 Garcia accused Vela of choking and scratching him. Vela accused Garcia of choking her, punching her and pulling her hair.

Officers took photos of Garcia with scratches on his neck and hands. Vela, meanwhile, was booked at the Hidalgo County jail wearing a neck brace.

Garcia and Vela were both charged with assault, a Class A misdemeanor. If convicted, they faced a maximum of one year in jail and a $4,000 fine.

After the fight, however, they reconciled and decided to drop the charges.

“Thank God that we cleared everything — the misunderstanding that was out there,” Garcia said.