Sullivan City Councilman Julian Peña was removed from office Monday after he failed to attend City Council meetings in September, October and November.

Any member of the City Council who fails to attend three consecutive, regular meetings “shall forfeit” his office, according to the city charter, unless the City Council excuses the absences.

“And, for the record, I never did get any excuses,” said Mayor Alma Salinas. “Or phone calls to excuse his absences.”

The City Council held a meeting on Monday afternoon to discuss the matter. 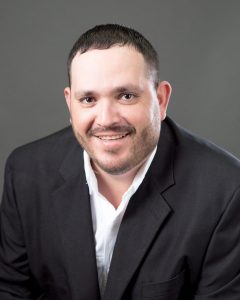 “At the meeting the Council must decide whether or not Council Member Julian Peña missed three consecutive regular meetings and consider any excuses offered by the council member,” according to a memo from City Attorney Frank Garza dated Nov. 10. “If they do not excuse any of the absences, the office is automatically forfeited and therefore vacant. The Council will then need to call a special election to fill the vacant seat.”

Peña didn’t show up to explain himself or provide the City Council with excuses.

“I think we’re violating his rights,” Villarreal said. “Because I think we need him to be here, to be able to listen for his excuse. We need to consider that.”

In an interview after the meeting, Villarreal said he believed the City Council had violated Section 3.09 of the city charter.

“A member charged with conduct constituting grounds for forfeiture of office shall be entitled to a public hearing on demand, and notice of such hearing shall be published in one (1) or more newspapers of general circulation in the City at least one (1) week in advance of the hearing,” according to Section 3.09. “Decisions made by the City Council under this section shall be subject to judicial review.”

Garza said the City Council meeting on Monday provided an opportunity for Peña to explain himself.

“So my advice is based on that,” Garza said. “And nothing more outside of that.”

The City Council voted to declare the position vacant.

At the time, Gabriel Salinas said he didn’t attend meetings in January, February and March of 2018 because he was studying for an engineering exam. The City Council excused his absences.

Peña, though, didn’t provide the City Council with excuses or show up for the meeting on Monday to defend himself.

“I was going to lose,” Peña said. “They were going to kick me out anyway.”

Some people who supported Peña mistakenly believed that he attended the Oct. 3 meeting.

The confusion apparently resulted from the draft meeting minutes, which mistakenly attributed several motions to Peña. Garza said the minutes were corrected before the City Council approved them.

While he missed the meetings, Peña said the decision to declare a vacancy was political.