The Agua Special Utility District replaced Director Esmeralda Solis — who resigned to join the La Joya school board — with her husband on Monday.

During a meeting on Monday afternoon, the utility board appointed Narciso V. Solis, 49, of rural Mission to represent District 3.

“I wanted to continue the work my wife had done,” Narciso Solis said. “And try to just finish it up for her — the last of her term.” 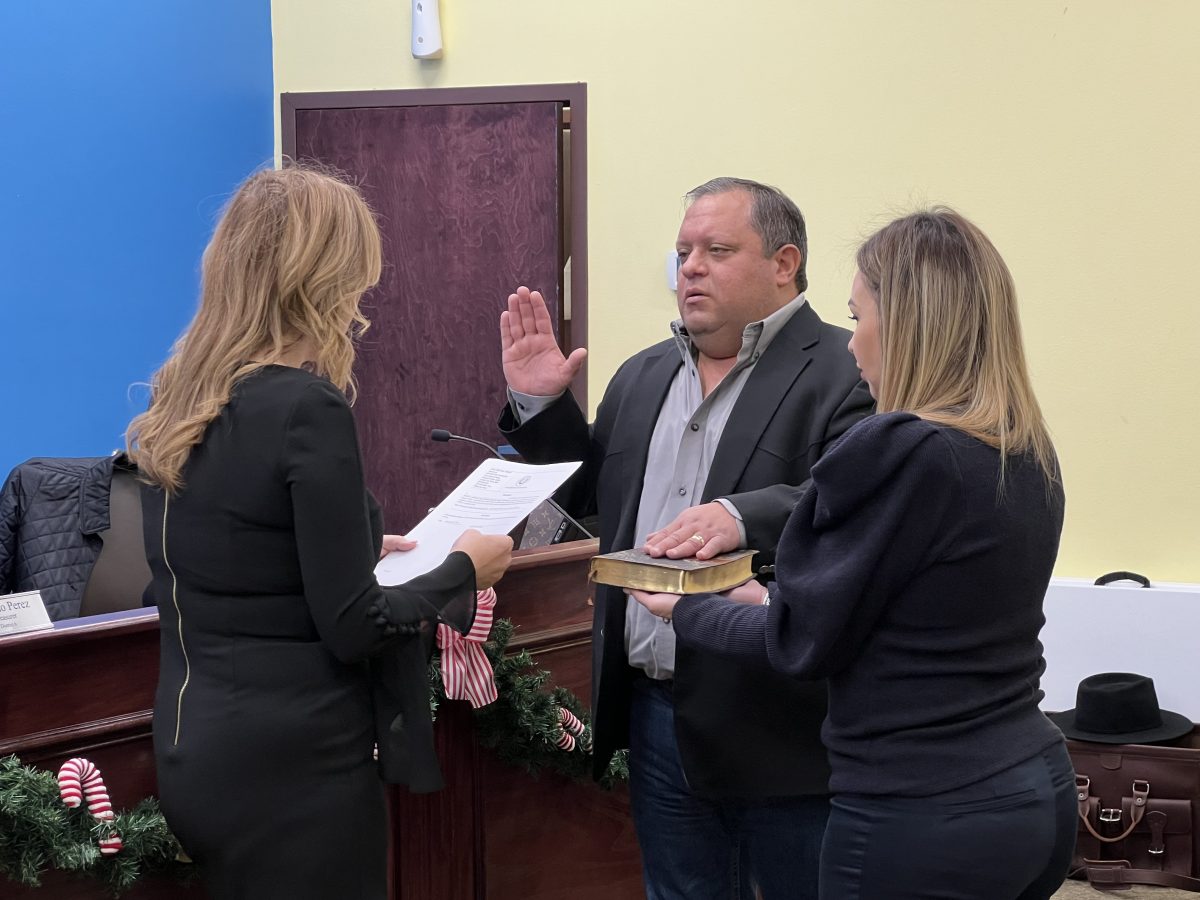 Esmeralda Solis, left, administered the oath of office to her husband, Narciso V. Solis, on Nov. 21, 2022, as Agua SUD board President Maribel Diaz held the Bible. (Photo by Dave Hendricks / The Progress Times.)

Agua SUD serves nearly 17,000 customers in western Hidalgo County and a small part of Starr County. The utility district is governed by a seven-member board of directors, which sets policy and supervises the general manager.

The district starts at 3 Mile Line and extends north of 9 Mile Line. About 9,800 people in District 3 depend on Agua SUD for water service, according to U.S. Census Bureau data reviewed by the utility board.

After winning a seat on the school board, Esmeralda Solis resigned from the Agua SUD board. Her resignation left the board without someone to represent District 3.

State law required Agua SUD to appoint a replacement for Esmeralda Solis within 60 days. The utility board held a special meeting Monday to discuss the situation. 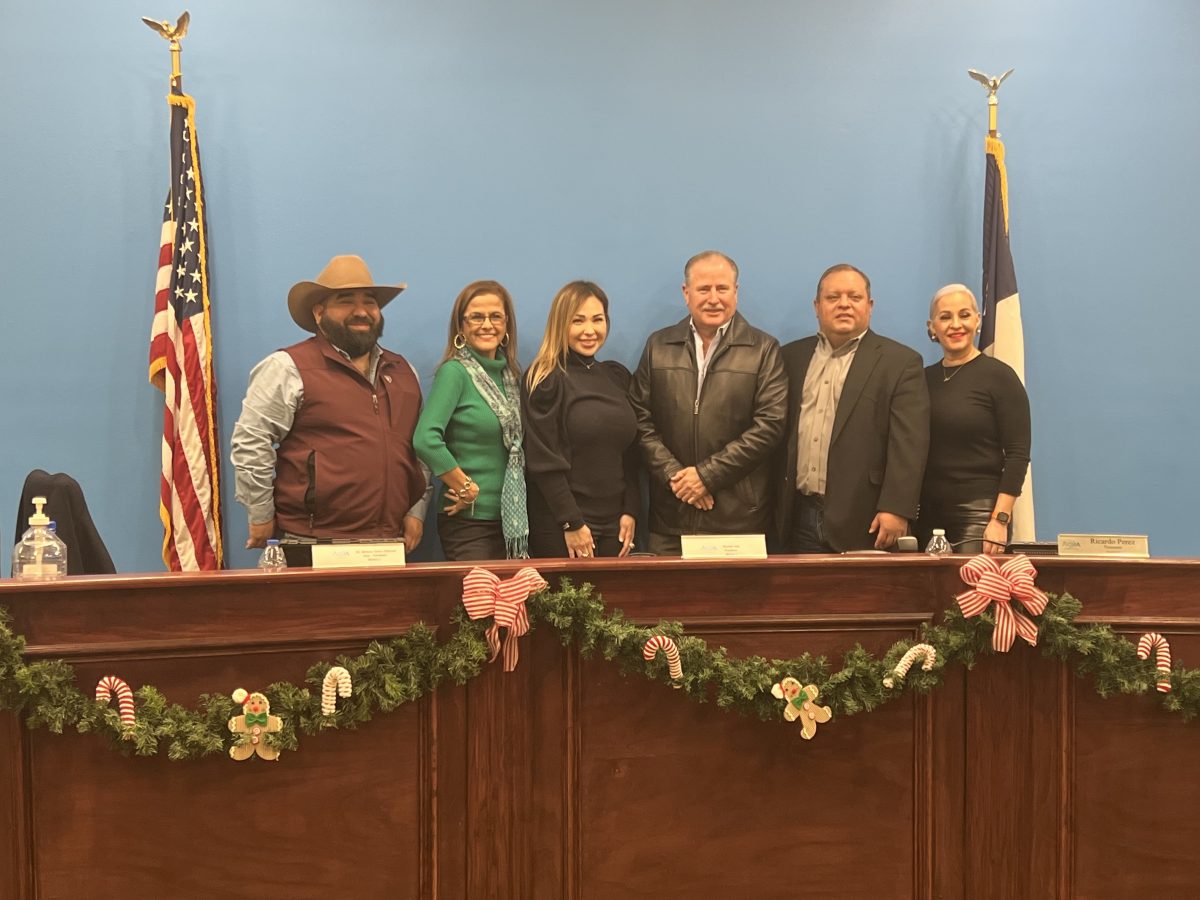 Narciso Solis served in the U.S. Marine Corps, spent two years on the La Joya school board and works for the U.S. Border Patrol, Diaz said, adding that the relationship between Narciso Solis and Esmeralda Solis wasn’t a factor in her decision.

“I feel that he would be the best qualified to represent that district,” Diaz said.

Nobody else made a nomination.

The utility board voted 5-0 to appoint Narciso Solis to District 3. Director Homer Tijerina abstained and walked out as soon as the meeting adjourned.

Narciso Solis, meanwhile, posed for photos with the remaining board members. Diaz left the boardroom, apparently searching for Tijerina, but returned without him.

Narciso Solis thanked the small crowd that showed up to support him.

“I look forward to working with everybody,” Narciso Solis said. “And want the best for the constituents of the district.”

Narciso Solis will serve the remainder of his wife’s four-year term, which ends in November 2024.